“It was a day to get comfortable and see how I felt about the car” Jane said.

“The gearbox is different (sequential versus the H-pattern in his regular Kumho Series Falcon) the tyres are different and the chassis is a bit more technical than what I’ve been driving.

“Without a doubt I enjoyed it. The FG turned into the corners a lot quicker so it was a bit more responsive to my input compared to what I’ve been driving (an older model BA).

“I’m pretty much set now on the direction I want to take. I’m not going to divert from some form of V8racing. Now we’re set on which way we’re going one day I’d like to get into the Development Series and it could be sooner than we think.

“Ross and Jimmy Stone were great to give me the opportunity today.”

Jane is in his first year of car racing and is driving an ex-Russell Ingall SBR-built Falcon in the Kumho Tyres Australian V8 Touring Car Series a category run for deregistered ex-V8 Supercars.

After two rounds Jane currently sits fifth in the Kumho Series. He finished fourth overall in the lastround at Mallala in South Australia. 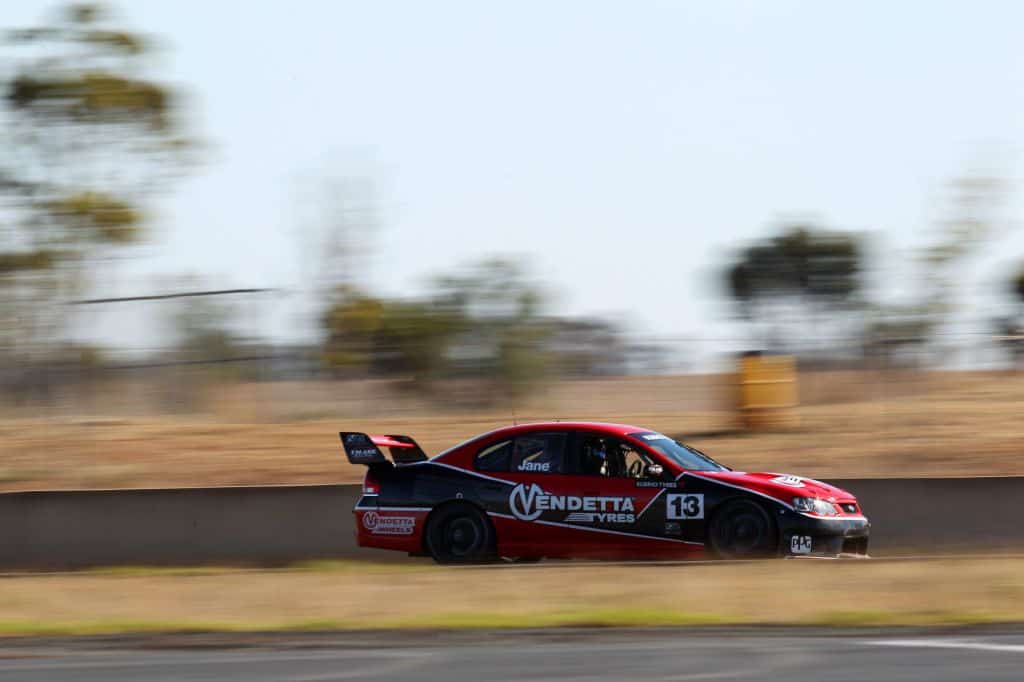 Bobby Jane in action at Mallala