QUEENSLANDER TO DEBUT AT WINTON KUMHO SERIES ROUND

Kearns’ Commodore was built by PMM in 2004 and was dubbed ‘DAISY’ by the team. It debuted at Hidden Valley in ’04 in the hands of Paul Morris and was the team’s spare chassis in 2005.

Fabian Coulthard Alan Gurr and Steve Ellery all drove the car in Sirromet colours in 2006 before it was sold to Wollongong Performance Racing.

Damien White took the car to sixth place in the 2007 Fujitsu Series before it was sold to Victorian privateer Ben McCashney and onto Kearns in 2011.

The Winton Kumho Series round will also feature the return of former series champion Tony Evangelou who will step behind the wheel of a Ford Performance Racing-built Falcon last used in the V8 Supercars Championship by Marcus Marshall in 2008 at Britek Motorsport. 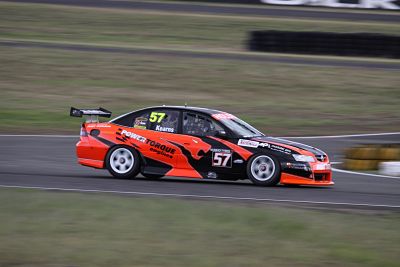