â€œI’ve never raced a V8 Touring Car around here so part of the objective is also to get some track time around here. Steve’s a great talent and I’m sure he’ll assist me as much as possible with finetuning my technique.

â€œThe V8 does require you to be a bit more patient with the throttle and they like to be driven straight. The brakes are very different the gearbox is totally different so it’s a massive learning curve but it tends to suit my driving style. So far as long as I don’t jump from car to car and get confused I’m fine.

Owen who will race his VIP Petfoods Falcon in Darwin this weekend says his experience of the circuit and the ex-Tasman/Greg Murphy Racing Commodore will be of benefit to Pollicina.

â€œI’m basically helping out the team so it was a good chance for me to come down and give Jim a hand he said.

â€œI’ve always liked the GMR cars because I just feel comfortable in them. We’re running a very similar setup to what I ran in the championship-winning year in 2010.

Pollicina holds a 27-point lead over teenager Josh Hunter heading into the Winton round of the Kumho Series on June 23-24. 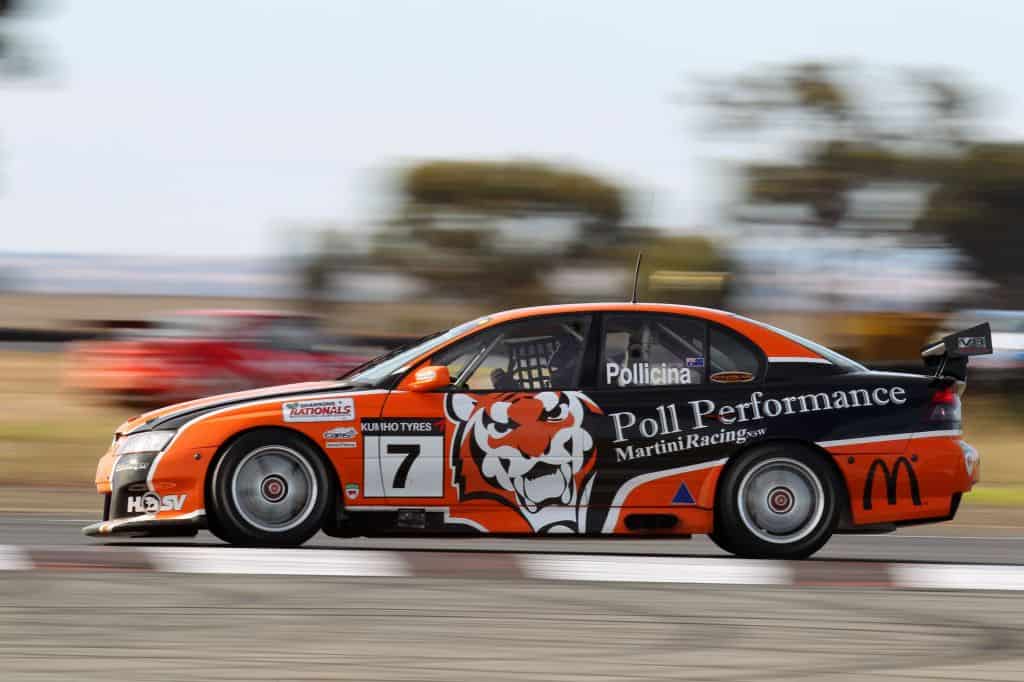