A modest field of seven cars will line-up for the Kumho V8 Touring Car class inaugural heritage round with the Shannons Nationals at Wakefield Park this weekend.

Shannons Nationals series director Rob Curkpatrick says that despite this weekends small turnout hes confident that the heritage round concept can be a successful one.

â€œIt took some time for the Kumho V8 Touring Car series to grow but it is now healthy and very competitive he said.

â€œThis is a stepping stone towards bigger things but we intend on growing and building a V8-based heritage round on the Shannons Nationals program.

â€œThe initial response has been positive and there are plenty of people keen to see it grow. We think it can become a fantastic part of the series and also in recognising the heritage of Australias V8 Touring Car history. 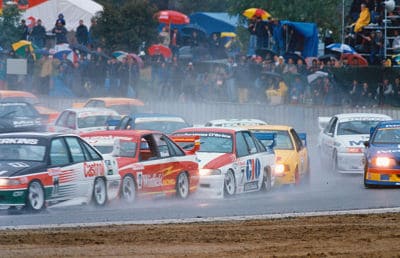