â€œIm pretty confident and were 95 percent of the way there said the Melbourne tow truck operator who has secured the cars old number – #16 for his first appearance in the Kumho Series.

â€œI think the car will be a big hit with the fans. It will be great to have it racing against Tony Evangelous ex- FPR #6 CAT car too – these exact cars fought it out for race wins in the 2006 season with Jason Bright and Garth Tander driving.

â€œIve been watching the Kumho Series and theres a few guys in there that look quick. Morgan Haber in Matthew Whites car has been fast Tony Evangelou is a handy steerer Jim Pollicina had his first race win in Queensland so theres definitely some competition.

Originally a Holden Racing Team Commodore Zukanovics car HRT 051 – won a total of 11 V8 Supercar Championship races. It won four in 2005 in the hands of Todd Kelly for HRT and seven in 2006 in Tanders hands for the sister Toll HSV Dealer Team.

It won the only V8 Supercar round ever held in Shanghai China in the hands of Kelly in 2005 and was the car in which James Courtney made his V8 Supercar debut with HRT later that year at the Sandown 500 alongside Jim Richards.

Zukanovic ran the car in the 2007 and 2008 V8 Development Series before a major testing crash at Winton at the start of 2009 forced him to the sidelines with a broken leg collarbone and rib.

The car was rebuilt as Zukanovic recovered and he returned to race it in the 2010 Development Series with its final on-track appearance being in the final round that year at Sydney Olympic Park.

â€œIt had its last race at Homebush in 2010 and it was the first VZ Commodore home that weekend he says.

â€œSince then its been sitting around and hasnt done anything since then. Its collected some dust but weve got stuck into it to get it back together and get it onto the grid at Sandown. 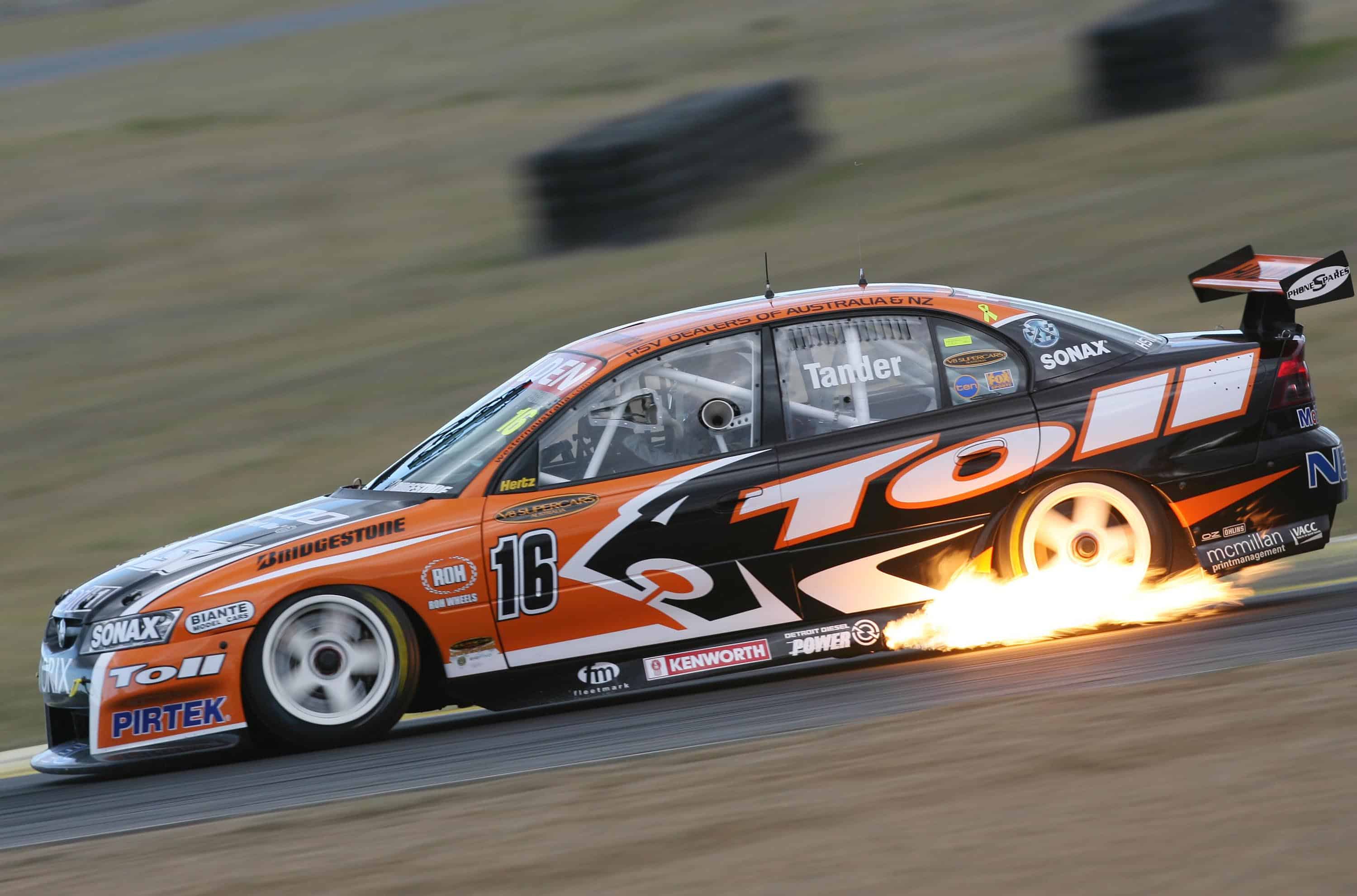