â€œThe series is continuing to grow and evolve and having this sort of stability in our calendar and venues is important.

â€œThe numbers of cars taking to the grid this year have again been solid and a record-equalling 20 cars at the Winton round earlier in the season was testament to that.

â€œTheres significant interest in the category from drivers and teams seeing it as a viable and affordable avenue to race these types of cars.

The 2013 Kumho Series will kick off at Sydney Motorsport Park at Eastern Creek on March 22-24 the weekend after the Formula 1 Australian Grand Prix in Melbourne.

Series organisers also confirmed that the V8 Heritage event for older model ex-V8 Supercars (Falcon EB to AU and Commodore VP to VX) will again go ahead at Wakefield Park on October 18-20.

The final round of this years Kumho Series is at Sandown Raceway this weekend in Melbourne with Josh Hunter and Jim Pollicina fighting it out for the title. 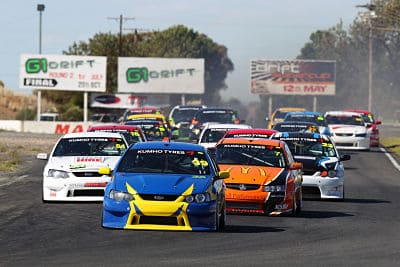