The 19-year-old tested the car at Mallala Motorsport Park on December 17 and will run the full six round series.

“Im actually quite pumped about this deal coming together says Kean.

â€œSince we started last year I have always wanted to get into this series and its happened quicker than I thought but I am glad it has.

â€œThe cars are awesome to drive. I was very happy with how the test went before Christmas and the lap times went well too. So now the focus is on becoming more consistent with them and learning from there.

Kean plans on testing again at Mallala in a fortnights time and will continue to compete in South Australian Saloon Car racing in addition to his debut season this year in the Kumho Series.

The Kumho Tyres Australian V8 Touring Car Series first debuted in 2008 and is run for ex-V8 Supercars formerly driven by some of the top stars of the sport.

The category has quickly grown into an affordable unofficial third tier of V8 Supercars featuring cars no longer eligible to compete in the V8 Supercar Development Series.

Keans home round at Mallala Motorsport Park is set to feature a Kumho Series race under lights on Saturday April 20.

A bumper field approaching 25 cars is expected at the opening round of the series which again forms a major part of the popular Shannons Nationals for the season. 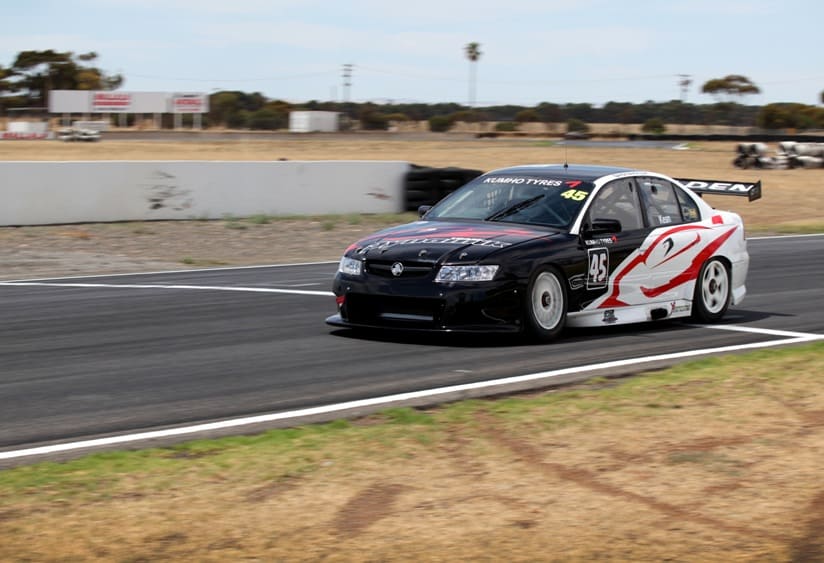