Davies will combine his Kumho Series commitments with his existing seven-round program with Team Kiwi in the Porsche Carrera Cup. There are no date clashes between the two series.

Davies sits fifth in the all-Porsche category after the recent opening round in Adelaide. He made his Porsche Carrera Cup debut last year on the Gold Coast and also competed in the final round in Sydney before moving into the series full-time this season.

The crane driving plant manager won races in Australian Formula Ford and in the USF1600 Championship in the United States last year and sees the Kumho Series as the ideal platform to build his experience on the pathway to V8 Supercars.

â€œWeve been looking for a way into a V8 for some time and with our focus on the Carrera Cup drive with TKR there was no way I could have committed to a Development Series program as they race on the same weekend so the Kumho Series fits the bill perfectly says Davies.

â€œV8 Supercars are among my future considerations so when the opportunity came up to drive for Jose (Fernandez) as the defending champion team I didn’t need asking twice. I’m really looking forward to driving the car and also racing regularly which I feel will only stand me in good stead going forward.”

Team owner Fernandez himself a former V8 Supercar driver says Davies will be an instant contender for the 2013 title.

â€œShae is one of the standout youngsters coming through the ranks and I thought what he did in the USA and in Australian Formula Ford last year was very impressive. He’s fast fit committed and focused while his Carrera Cup performance at the Clipsal 500 was exceptional. I can’t wait to get him into our ex-FPR BF Falcon and feel sure he will be right amongst it from the outset.”

Davies will compete in the second round of the Porsche Carrera Cup this weekend at Albert Park before making his Kumho Series debut a week later at Sydney Motorsport Park on March 23-24. 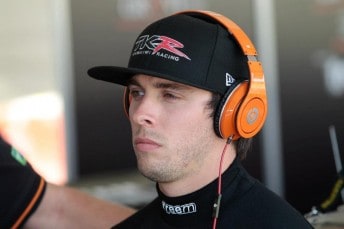