From there he was unchallenged and moved away to take a breakthrough race win after two years in the category for ex-V8 Supercars.

Porsche Carrera Cup regular Shae Davies took pole position earlier in the day on debut in the series but ended the race in 16th place after receiving a Pit Lane Penalty for contact with 2012 title runner-up Jim Pollicina at Turn 8 on lap two.

Pollicina who had started eighth and rocketed into the lead by the first corner with an impressive start was forced to limp for the rest of the race with a damaged front spoiler and ultimately finished 15th.

It was a good day for Queensland drivers with Toowoombas Nathan Assaillit finishing fourth.

All 20 starters finished the race though Victorian privateer Paul Pennisi was unable to take part today due to engine problems and has been sidelined for the weekend.

Racing will continue tomorrow at Sydney Motorsport Park for the Kumho Tyres Australian V8 Touring Car Series with Race 2 at 11.10am and Race 3 to complete the round at 1.55pm.

Live streaming coverage will be available on Sunday at www.thenationals.com.au with television coverage on SBS Speedweek at 2pm on Sunday April 7 and a one-hour program on SPEED on Foxtel at a later date. 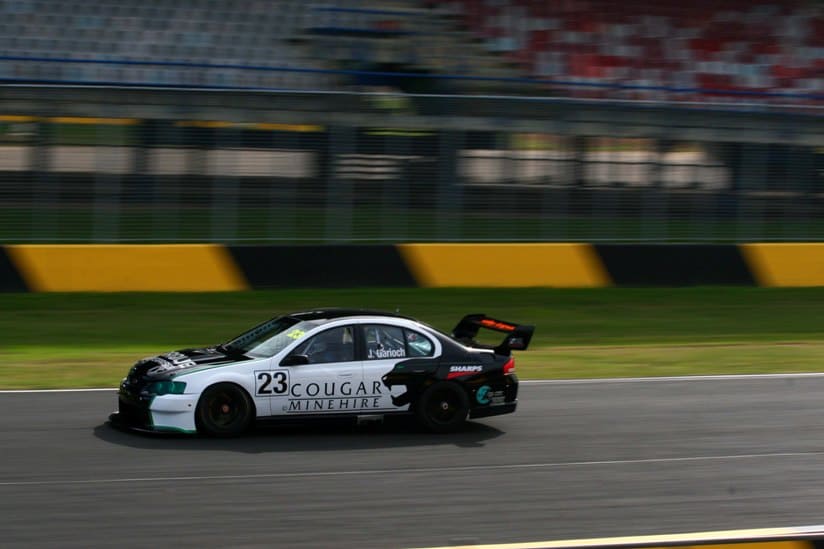