â€œI thought it was a dirty attempt to get past but there wasnt much I could do about it at the time except get back on track and try get some places back Briffa said. He managed to get the former Paul Morris Motorsport Holden V8 Supercar back to eighth again while there was no official action regarding the incident.

He managed to overtake several rivals off the start of a wet race two but spun at turn seven of the opening lap. Resuming in last place he hauled the Ozzytyres.com.au/IGA Commodore up to twelfth before looping it again. Briffa fought back to eighth but again on the last corner of the final lap he spun again and at around 100kmh he crossed the line backwards just holding on to the same place.

In the final outing he lost spots off the start before fighting through to a solid sixth across the line at the end. â€œI had a few spins on my own in race two but the one in the first race. It could have been a brilliant weekend but that first one meant we had to play catch-up for the rest of the races Briffa concluded.

POINTS AFTER ROUND TWO

Originally the car was built as Paul Morris 2005 Commodore VX with the chassis designation being Earnhardt. It was purchased by Scott Loadsman for Steve Owen to win the second tier V8 series the Development Series in 2008. Loadsman himself has raced it since in the V8 Touring Car Series. 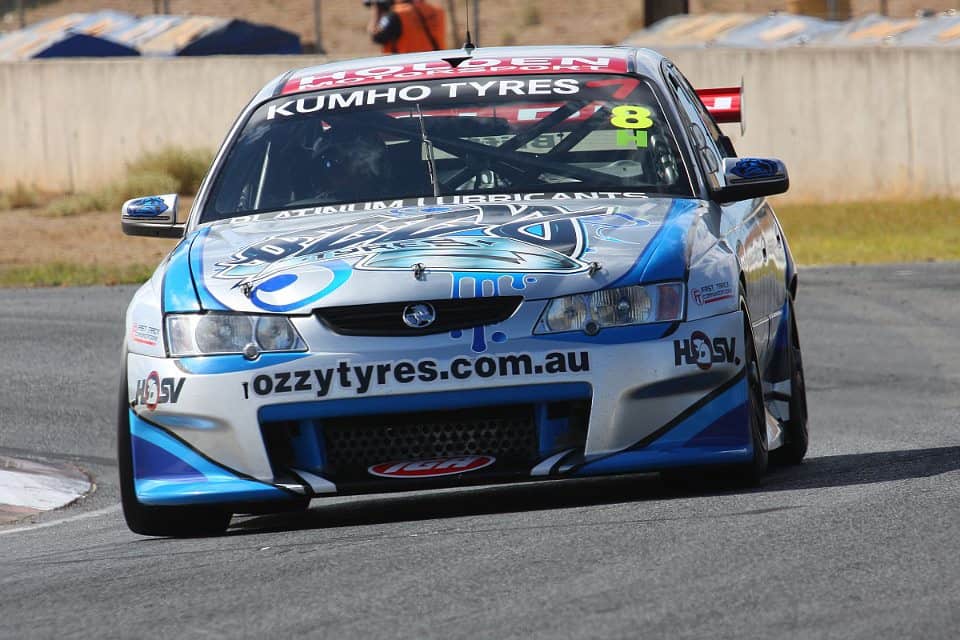