Lowndes drove the car 888-012A for the majority of 2008 in Vodafone colours before being used to finish second in both the 2009 and 2010 Fujitsu Series by James Moffat and Tim Blanchard respectively for Sonic Motor Racing.

It has sat idle since the end of 2010 but will return to the track at Winton in the hands of Simpson who finished fifth in that years Australian Formula Ford Championship.

â€œMick still has the car so hell drop it off at the actual Winton round then well bring it home to Sydney and look after it and run the rest of the series and possibly next year as well says Simpson whose car will run alongside the ex-Tasman Commodore of Kumho Series regular Jim Pollicina.

â€œWere going to run the car out of Jims team. Wed originally looked at buying an ex-Tasman car similar to his but there was nothing about. Then we came to the Triple Eight Falcon and it was too good a car not to secure.

â€œIts a good chance to get in a V8 in the Kumho Series without having to spend the sort of dollars you need to in the Development Series.

Simpsons car will carry a plain livery for its first hit-out at Winton with his familys Parramatta Smash Repairs company providing support for the Kumho Series program. 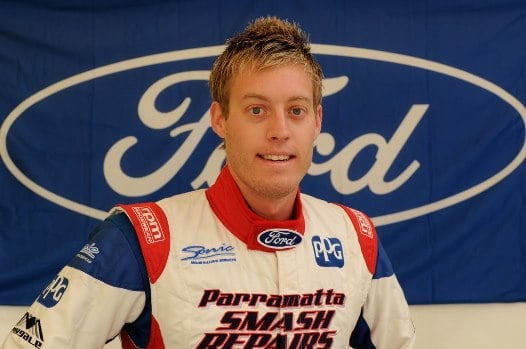