Series leader Shae Davies holds a narrow one-point advantage over last round winner Terry Wyhoon though both will have to contend with some different faces this weekend in addition to the series regulars with which they normally race.

The car was formerly raced by James Moffat and Tim Blanchard in the Development Series and has been idle for the last few seasons.

Also expected to be a Winton contender is V8 Supercar Development Series regular Sam Walter who makes a one-off appearance this weekend. The Tasmanian will drive that very car that Jason Richards and Jamie Whincup took to second place in the 2005 Bathurst 1000 and with which the late Richards won his first and only V8 Supercars Championship race at Winton in 2006.

Western Australian Matt Hansen won his first Kumho Series race in the last round at Mallala and sits third in the series though fourth-placed driver Chris Smerdon will be absent from the round due to business commitments.

Young Queenslander Morgan Haber returns to the series after missing the last round at Mallala while Russell Pilven and Matt Palmer will make their Kumho Series debuts.

Pilven will drive an ex-Larkham Motorsport Falcon driven by Mark Winterbottom in his rookie years in the V8 Supercars Championship in 2004/2005 while Palmer will drive an ex-Brad Jones Racing Falcon that John Bowe qualified on the front row of the grid at Bathurst in 2003.

South Australian Shawn Jamieson will also make his first appearance of 2013 in his ex-Team Dynamik Commodore.

Private practice will be held on Friday with official practice on Saturday at 10.25am followed by qualifying at 12.05pm and Race 1 at 1.35pm.

Sundays program will feature Race 2 at 11.00am and Race 3 at 12.55pm and will be live streamed at www.thenationals.com.au with television coverage to follow on SBS Speedweek and a one-hour dedicated program on Fox Sports SPEED channel at a later date to be confirmed. 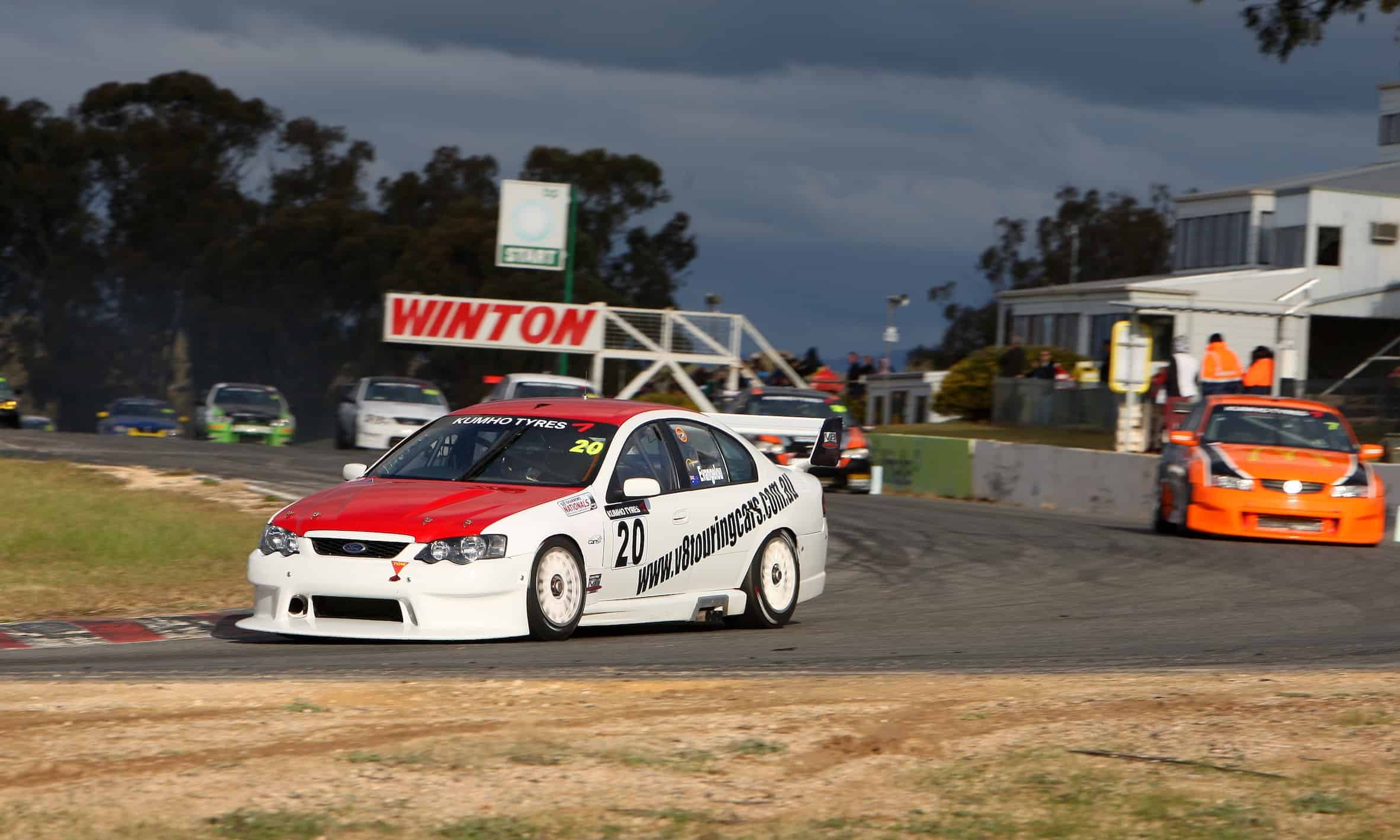