the six-round series by 26 points over 2011 champion Terry Wyhoon who finished eighth after ignition problems earlier in the day left him an uncharacteristic 11th on the grid.

Evangelou finished second ahead of Morgan Haber (who recovered after making a slow start) while pole-sitter Simpson ended up 11th in his first race in the category for ex-V8 Supercars.

A slipping clutch delayed his ex-Craig Lowndes Falcon on the opening lap before contact with Haber sent both off the road at turn three and to the back of the record 21-car field.

Race officials investigated the contact but no action was taken.

Racing will continue tomorrow at Winton Motor Raceway for the Kumho Tyres Australian V8 Touring Car Series with Race 2 at 11.00am AEST and Race 3 to complete the round at 12.55pm.

Live streaming coverage will be available on Sunday at www.thenationals.com.au with television coverage on SBS Speedweek and a one-hour program on SPEED on Foxtel at a later date. 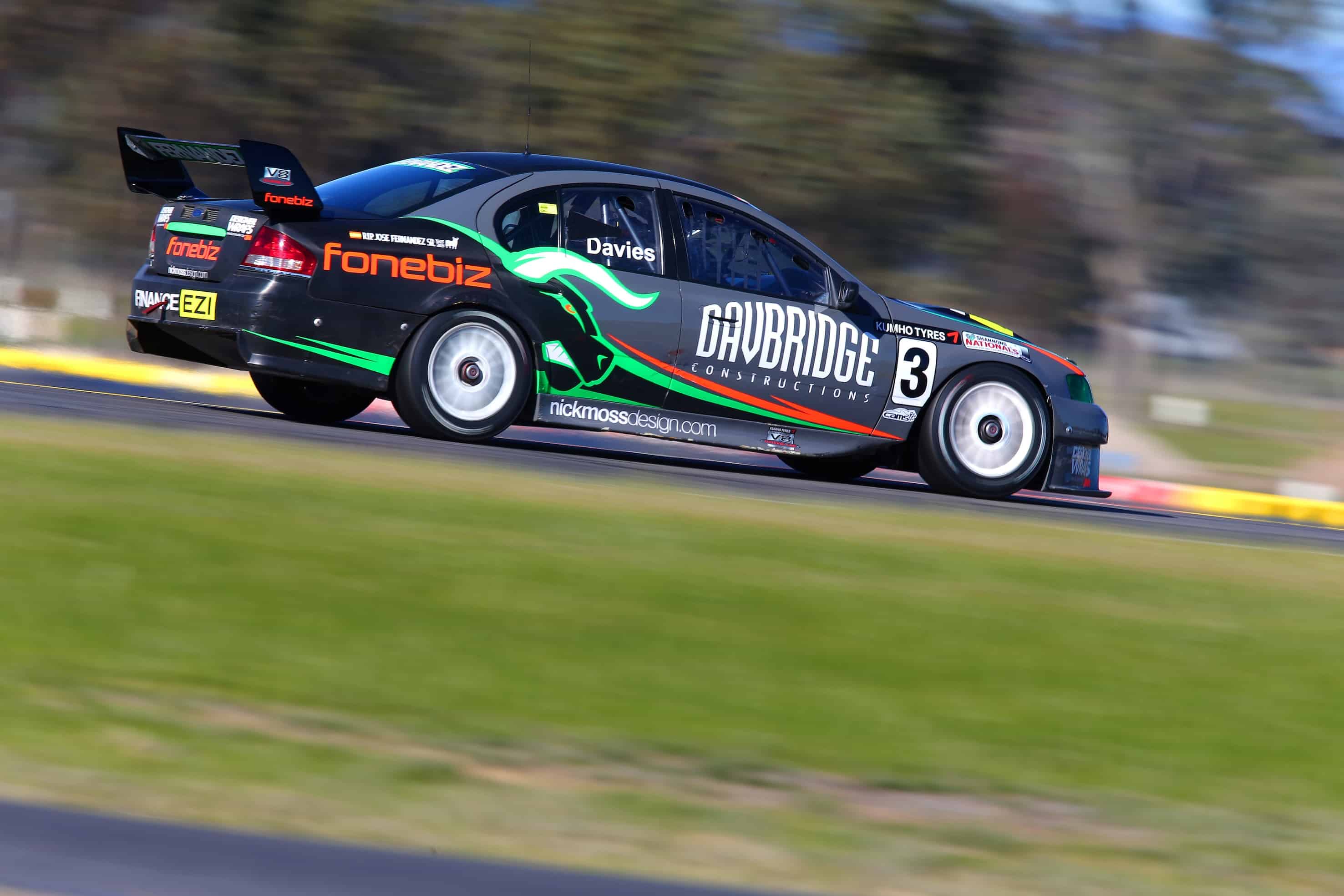