â€œIts great for the team after not having such a good start to the weekend said Evangelou who now sits third in the series 19 points behind leader Shae Davies.

â€œThe young blokes were fast and Ryan (Simpson) has been instantly on the pace so well go back and try to make our car faster for the next round.

He seized the lead of Race 3 on lap four from Evangelou and drove away to an 11.2-second victory to take second for the round and claim victory in the sequential gearbox class.

â€œI really wanted to win a race this weekend and I would have liked to have won the round said Simpson.

â€œWe had good pace in qualifying yesterday and took pole but we had to change the clutch after Race 1.

Shae Davies managed to build his series lead across the weekend third place for the round helping him build his points lead over Mallala round winner Terry Wyhoon into an eight point advantage by the end of the weekend.

Davies crossed the line third in Race 2 but was penalised 30-seconds post-race and demoted to 18th for contact with Morgan Haber.Â

He finished third in the final race but didnt have the pace to match Simpson or Evangelou.

â€œWe had a few dramas and what I felt was a tough penalty in Race 2. We just didnt have the pace in the last race though.

2011 champion Terry Wyhoon finished fourth for the weekend ahead of Toowoombas Nathan Assaillit who had a solid weekend to record his first top five round result.

2012 series runner-up Jim Pollicina finished sixth for the round after another tough weekend that also included a spin in Race 2 after contact with Wyhoon.

South Australian Dan Day finished ninth for the round while Matt Hansen started from the front row for the last race and was on target for a podium result before being tapped into a spin in Race 3 and collected by the following Morgan Haber. Both cars were eliminated by the contact and Hansen finished 10th for the round.

Television coverage of todays Kumho Series round will air next weekend on SBS Speedweek at 2.00pm on Sunday June 30 and on SPEED on Foxtel at a later date.

The next round of the Kumho Tyres Australian V8 Touring Car Series will be held at Queensland Raceway on August 3-4. 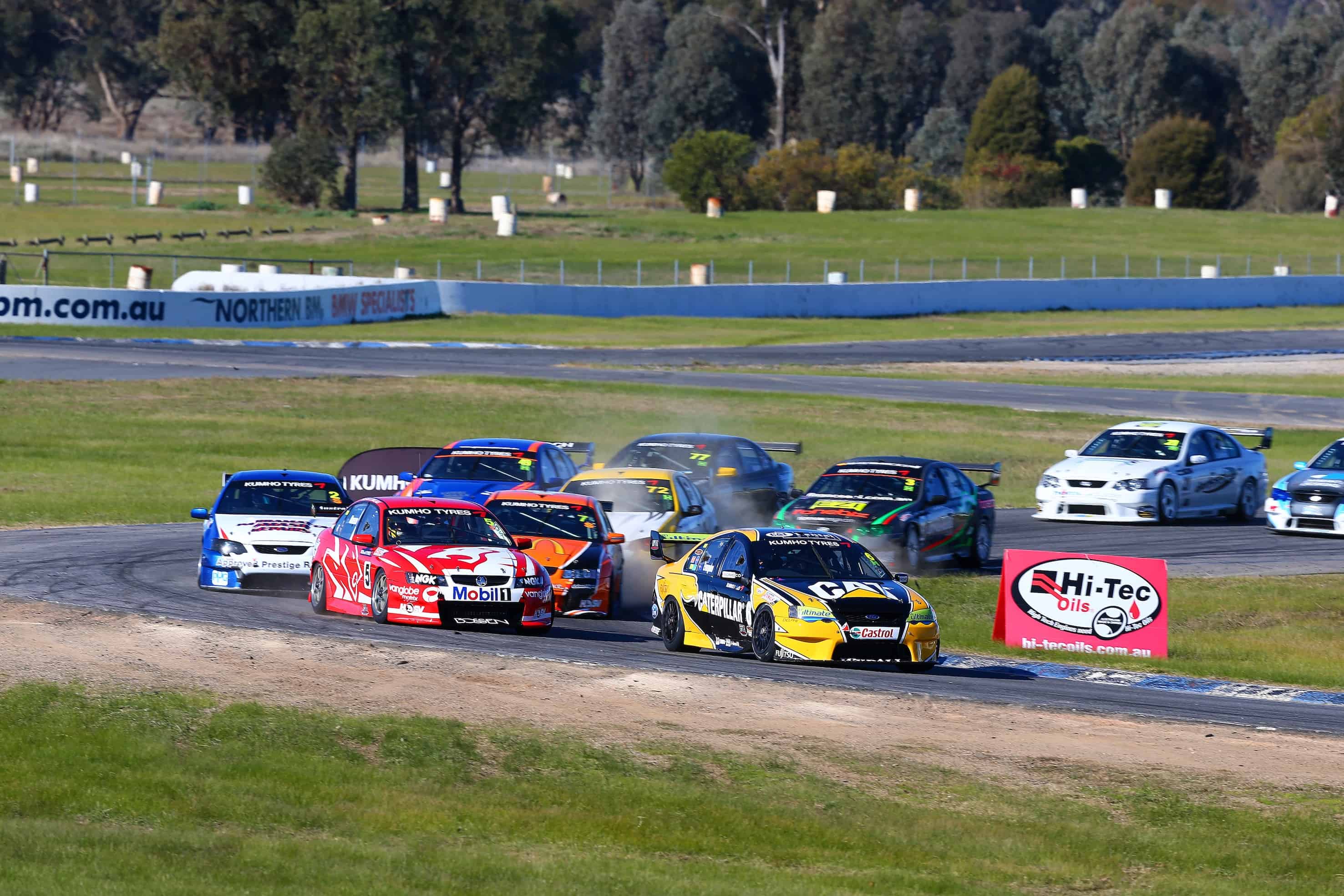