SERIES BATTLE TO HEAT UP IN IPSWICH

Davies driving an ex-Ford Performance Racing Falcon for Fernandez Motorsport has won three races this season but is yet to rack up a round win.

On the other hand his main title challengers have won the last two rounds Wyhoon at Mallala and Evangelou at Winton.

Coming just one week after the V8 Supercars Championship event and its supporting Development Series at the circuit a range of drivers will have the benefit of very recent race experience at the 3.12-kilometre layout.

The drivers that claimed the race victories in last years Kumho Series round at Queensland Raceway Morgan Haber (who went on to win the round) and Jim Pollicina – both competed last weekend in the V8 Supercar Development Series meaning they will be sharp and ready for this weekend.

A total of 21 cars have entered for the Queensland Raceway round including the return of Finance Ezi driver Maurie Pickering who will make his first Kumho Series appearance since the opening round at Sydney Motorsport Park.

Stephen Voight will make his first Kumho Series start since 2011 in Terry Wyhoons ex-Russell Ingall Falcon while Western Australian Dean Kovacevich will make his first start of the year in the ex-Perkins Commodore he shares with Isi Ambrosio.Sydney Motorsport Park round winner Justin Garioch is a late scratching. He was due to drive the THR Developments ex-Team Dynamik Commodore but has withdrawn due to work commitments.

Action starts at Queensland Raceway on Friday with official practice at 3.20pm followed by a warm-up at 8.15am on Saturday followed by qualifying at 9.50am and Race 1 (over 12 laps) at 4.05pm.

The round will be live streamed on Sunday at www.thenationals.com.au with television coverage to follow on SBS Speedweek and a one-hour dedicated program on Fox Sports SPEED channel at a later date to be confirmed. 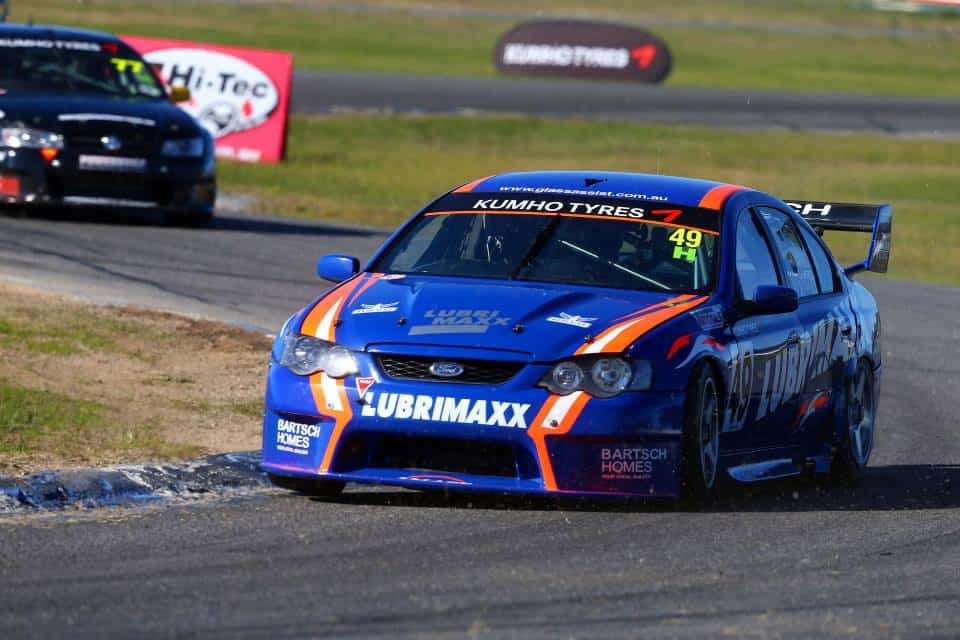