He chased down the fast-starting Matthew White in the early laps eventually making the move to take the lead at the start of lap four.

Ironically Simpsons car is one of Lowndes ex-Vodafone Falcon BFs from the 2008 V8 Supercar Championship Series.

The win was Simpsons fifth straight race win in the Kumho Series one more in tomorrows opening race will tie him with Josh Hunter for the series record of most consecutive race wins.

The young Queenslander was forced to fight back through the field after stalling at the start and led home Terry Wyhoon to the line. Nathan Assaillit finished sixth clear of Steve Briffa Matt Hansen Matthew Palmer and Michael Hector.

Racing will continue tomorrow at Phillip Island with Race 2 at 12.25pm EST and Race 3 to complete the round at 3.05pm EST.

Live streaming coverage will be available on Sunday at www.thenationals.com.au with television coverage on SBS Speedweek on Sunday October 6 and a one-hour program on SPEED on Foxtel at a later date. 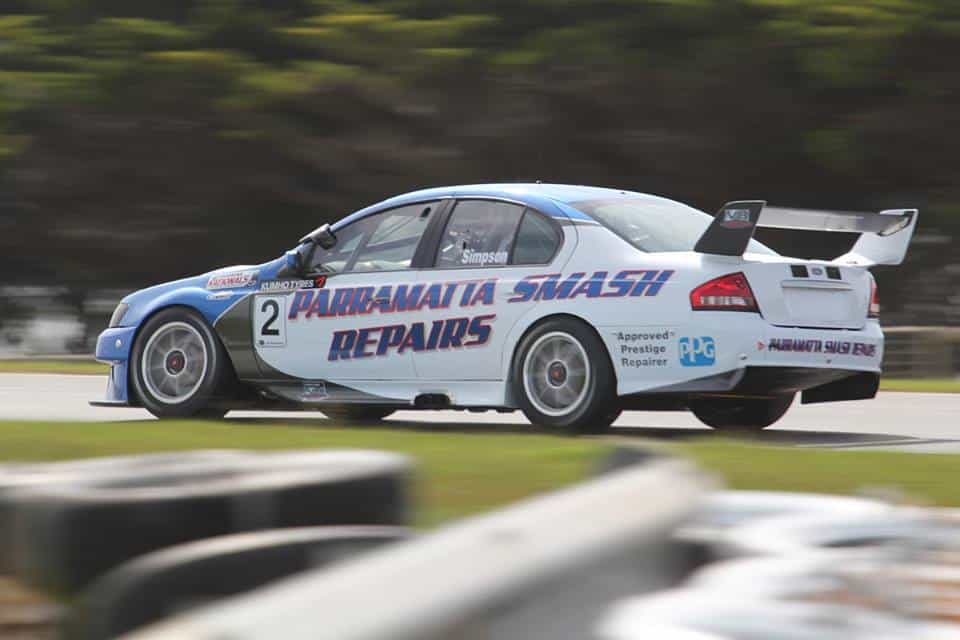