KUMHO SERIES CHAMPION TO BE CROWNED THIS WEEKEND AT SANDOWN

The 23-year-old drives an ex-Ford Performance Racing Falcon in the series for ex-V8 Supercars and could give the Jose Fernandez-run team its second consecutive title in the category.

Davies has won three races this season and finished on the podium in all five rounds though an overall round victory has so far eluded him.

â€œAs much as I would really like to win a round and tick that box winning the series and scoring enough points this weekend is my real focus says Davies.

â€œThe quality of the field has stepped up for the final round with a few drivers coming from outside the series to race in some very good equipment.

â€œBut that doesnt faze me. You have to race against whoever turns up but Im mindful I dont need to do anything too silly this weekend.

â€œWinning this series was our goal at the start of the year and were nearly there but we cant afford to get ahead of ourselves.

A range of drivers will join the grid for the final round at Sandown including reigning Australian Formula Ford Champion Jack Le Brocq.

Two-time and reigning Saloon Car Champion Simon Tabinor is another to make his Kumho Series debut. He will drive an ex-Brad Jones Racing Falcon BF run earlier this season by Dan Day.

Series rookie Matt Chahda is stepping up from his 14-year old AU Falcon for the final round he will drive the ex-Jason Bright Falcon BF that won the opening round of the season at Sydney Motorsport Park in the hands of Justin Garioch.

Sonic Motor Racing pilot Ryan Simpson could set a range of records this weekend. He has won the last seven races straight a new series record and could tie the record for most consecutive round wins (three) should he claim victory at Sandown.

Pole position at Sandown for Simpson would also give him the record (four) for most pole positions in a single season in the Kumho Series.

The Sydney-based driver missed the opening two rounds of the season at Sydney Motorsport Park and Mallala but has gone on a winning spree since debuting at Winton in his ex-Craig Lowndes Triple Eight-built Falcon BF.

He sits fourth in the series pointscore and is only 37 points behind second-placed Wyhoon.

The 19-strong Kumho Series field will hit the circuit at Sandown on Friday for private practice before official practice begins on Saturday morning.

www.thenationals.com.au with television coverage on SBS Speedweek on Sunday December 1 and at a later date on SPEED on Foxtel. 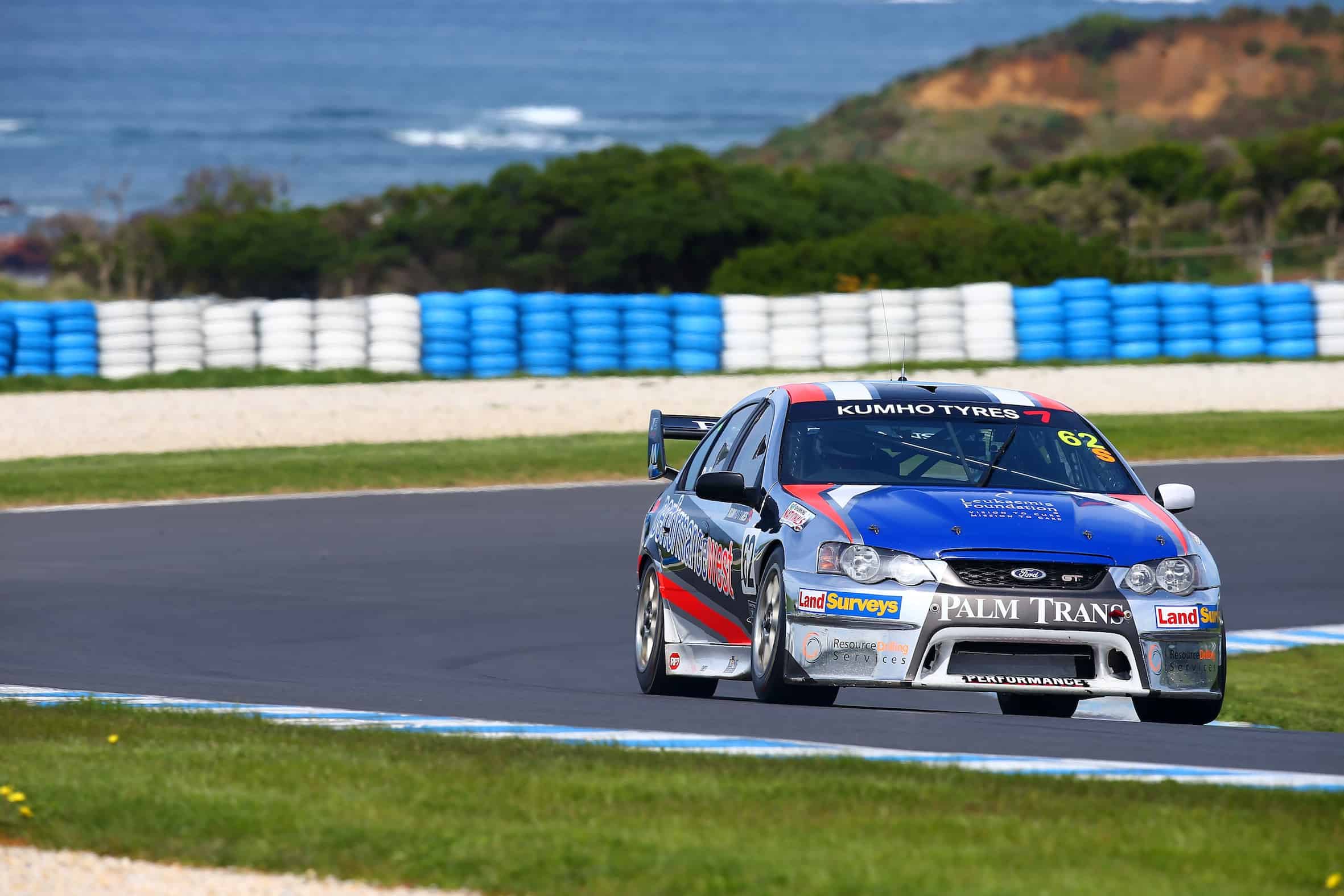