Simpson driving a Triple Eight-built Falcon raced by Craig Lowndes in the 2008 V8 Supercars Championship now holds a handy 20-point lead in the series after the first of six rounds.

While experienced in a range of racing categories on real tracks hes also a highly credentialed online simulator racing and proved his talents to finish second for the round.

South Australian veteran Chris Smerdon finished third overall in his return to the category with Matt Chahda recovering from a Race 1 retirement to clinch fourth for the weekend a personal best result.

A jammed throttle took the returning Chris Delfsma out of the final race in his ex-Fujitsu Falcon while Queenslander Lyle Kearns was also a retirement from the 20-lap final.

A total of 12 cars competed in the opening round of the series for ex-V8 Supercars with stronger numbers expected for the next round of the Kumho Tyres Australian V8 Touring Car Series.

It will be held at Winton Motor Raceway on June 14-15. 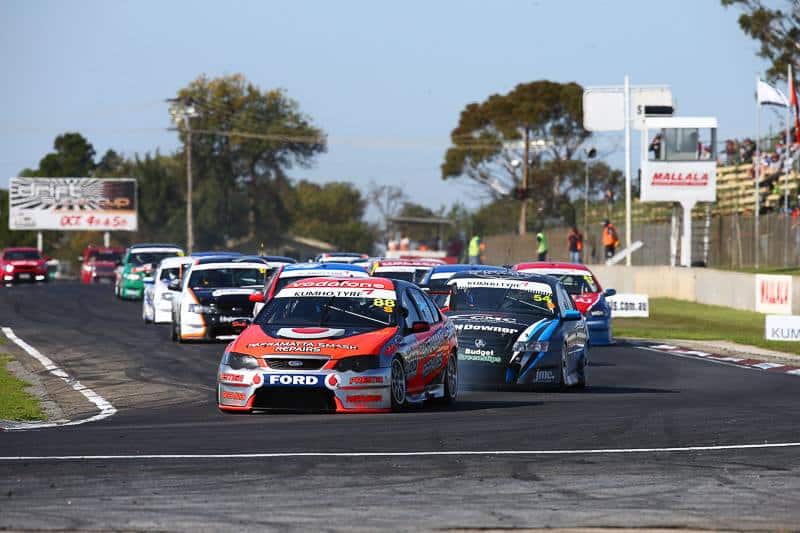