Local Albury driver Matt Chahda finished third for the weekend in his ex-Jason Bright Falcon and in doing so claimed his first Kumho Series podium result.

The young gun bounced back from failing to finish yesterdays opening race to round out the podium for the weekend.

STR Truck Bodies Falcon driver Matthew Palmer finished a career-best fourth for the round and now also sits fourth in the series.

However a range of other drivers found themselves with various dramas over the course of the weekend.

Commodore pilots Steve Briffa and Aaron Tebb were both penalised 10 series points for contact at the restart of Race 1 on Saturday. They again made contact in Race 2 today both dropping back down the pack.

Briffa and Falcon driver Simon Tabinor were both later excluded from Race 2 for a technical breach of the fuel regulations.

Tabinor was then given a pit lane penalty in the 15-lap final race for contact at the first corner with Chris Delfsma.

He clashed with Matthew Palmer in Race 1 on Saturday and failed to finish. Starter motor problems forced him to start from pit lane for Race 2 today though he retired after just one lap and in Race 3 he was running strongly until an engine header broke mid-race.

Coverage of this weekends Winton round of the series will be shown on SBS Speedweek on Sunday June 29 with a one-hour program to follow at a later date on SPEED TV Australia.

The next round of the Kumho Tyres Australian V8 Touring Car Series will be at Queensland Raceway on August 9/10.

Series Points After Round 2 of 6 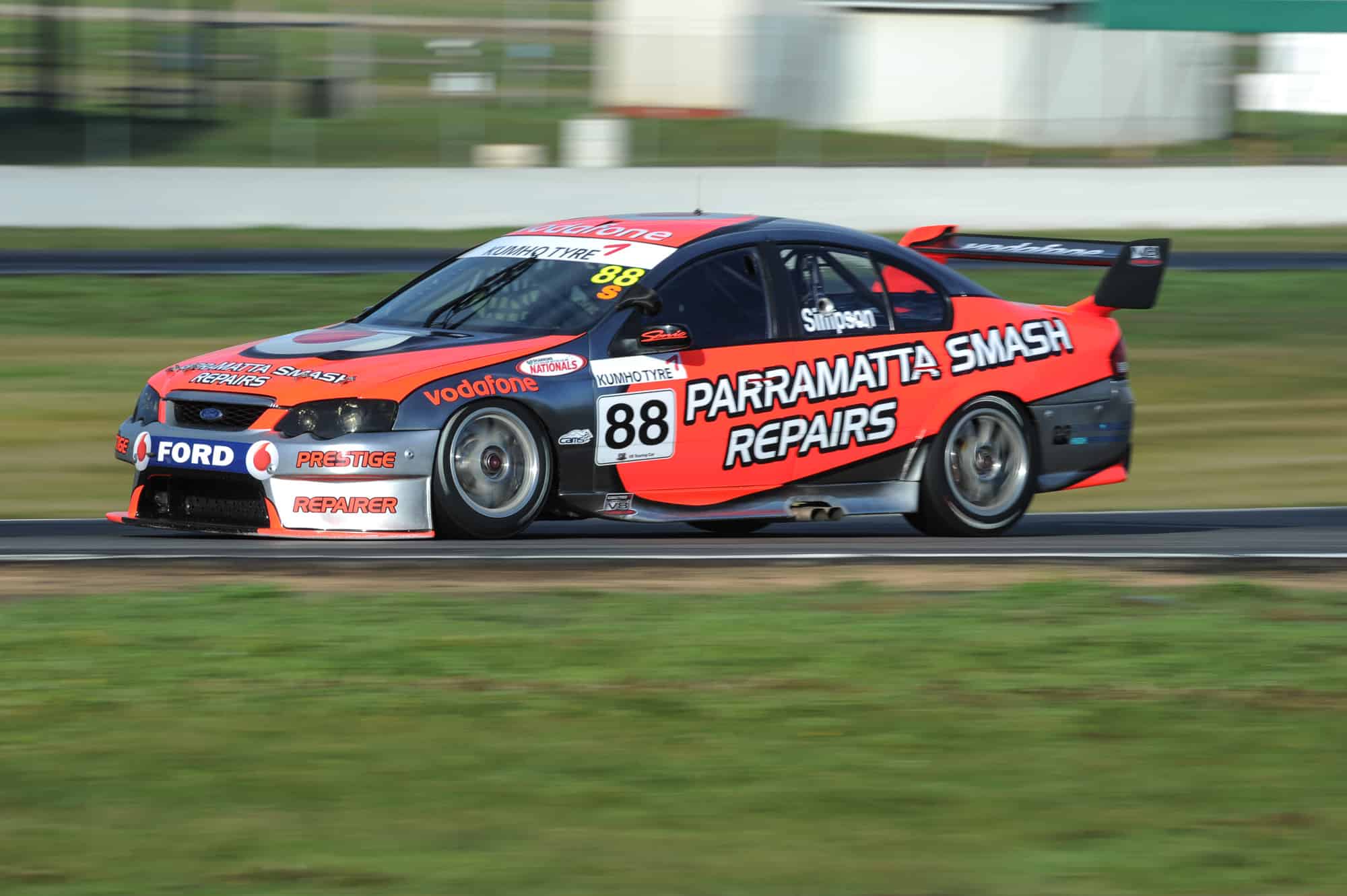