â€œI do it because I enjoy it at age 54 Im certainly not trying to make a career out of it! says Vergotis. â€œI always make sure I go out onto the track with a smile on my face and come back with one. If I cant do that I need to give it away.

â€œI am racing against kids a third my age in some instances! Im a grandfather now so you have guys at one end of the spectrum who are teenagers and then guys like me. I do it for the thrill and to better myself and keep improving at it. Thats what encourages me to do it again and again.

â€œYou dont have to be number one to enjoy this. Its a series where you can go and enjoy it without being first. I hope more people get on board with the category.

Vergotis who started racing at age 45 is so passionate about his ex-Brad Jones Racing Falcon BA that he re-painted it in the teams 2003 green and black livery as carried by V8 legend John Bowe during the period.

He started in the Kumho Series in an ex-Glenn Seton Ford Tickford Racing Falcon AU in 2008 and made the step up into the newer model car last season.

Vergotis will be part of the field in this weekends round at Phillip Island with Ryan Simpson leading the points from Justin Ruggier heading into round four of six for 2014.

The Kumho Tyres Australian V8 Touring Car Series cars will have private practice at Phillip Island on Friday with official practice qualifying and Race 1 on Saturday and Races 2 and 3 on Sunday. 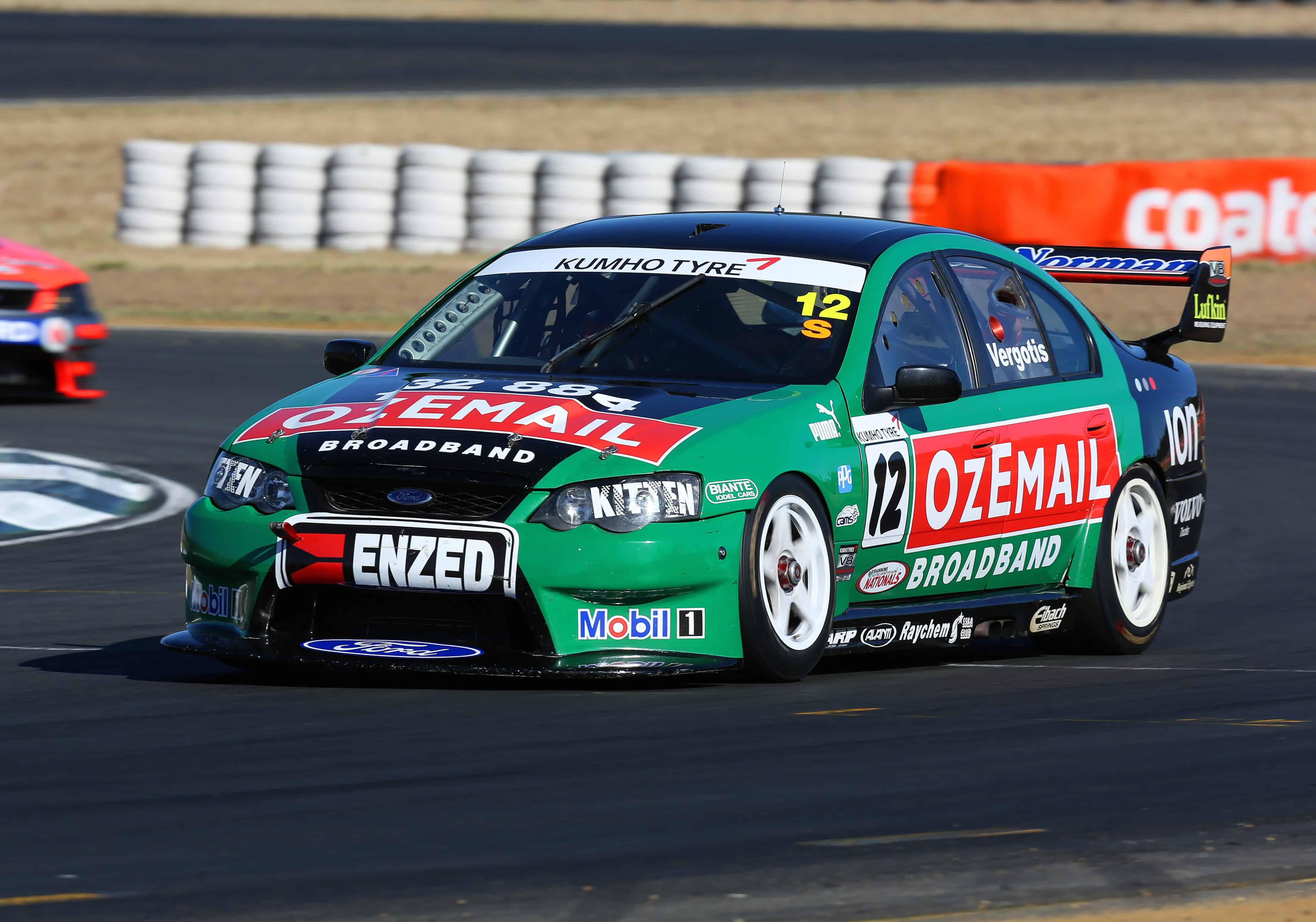