Left in pit lane Simpson could only watch as title rival Ruggier claimed victory and moved to within just three points of the Falcon driver with two rounds to go.

Simpson still leads the series with 498 points to Ruggiers 495.

Katoomba privateer John Vergotis finished behind him in the final race to claim fourth overall while Poco Racings Steve Briffa finished fifth in the final after a pit lane penalty for jumping the start.

Albury driver Matt Chahdas tough weekend went from bad to worse with brake problems eliminating him from the final race finishing seventh for the weekend.

Coverage of this weekends round of the series will be shown on SBS Speedweek on Sunday September 28 with a one-hour program to follow at a later date on SPEED TV Australia.

The next round of the Kumho Tyres Australian V8 Touring Car Series will be at Wakefield Park near Goulburn on October 18-19. 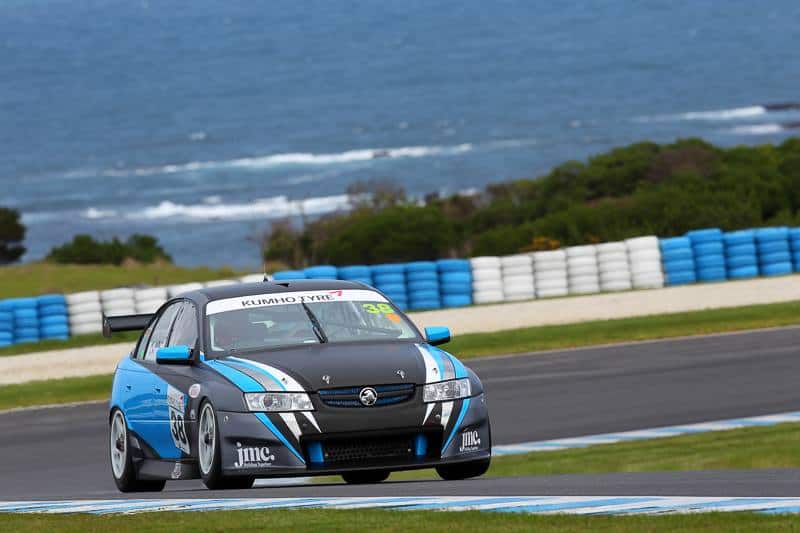