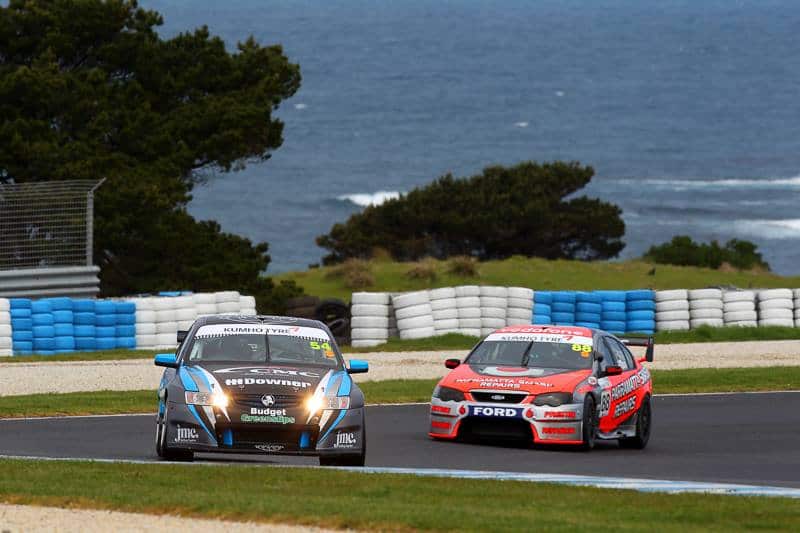 â€œIts only my first year in the series so to be within three points of the lead is a great position especially up against someone like Ryan who has achieved so much in so many forms of motorsport.

Ruggiers Eggleston Motorsport team is on a high after winning the 250-kilometre mini-endurance V8 Development Series race at Bathurst with Paul Dumbrell and in doing so clinching its first DVS championship.

A field of eight cars has entered for this weekends Kumho Series round including the return of Drew Russell in the second STR Truck Bodies Falcon alongside team owner/driver Matt Palmer.

Russell finished on the podium in his Kumho Series debut at Queensland Raceway and has plenty of experience at Wakefield Park from his time testing and racing there in the DVS.

Temoras Brendan Strong is also entered for this weekends round in his ex-Lansvale Commodore.

The young gun was due to make his Kumho Series debut at Queensland Raceway in August however engine problems during mid-week testing in the lead-up forced him to withdraw.