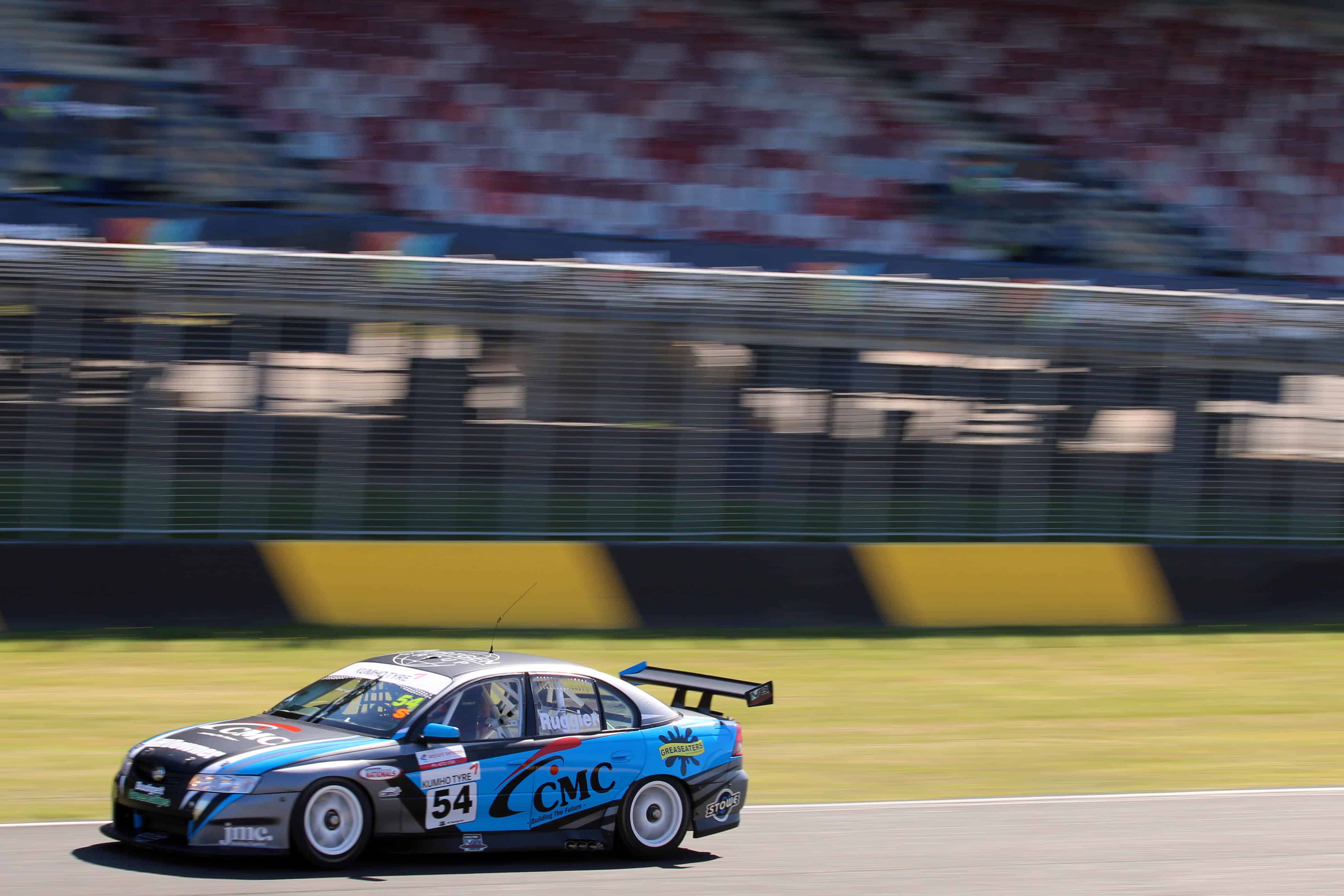 Ruggier could seal the series in Race 2 tomorrow though should he win and Simpson finish second it would keep the title alive until the final longer race.

The fight for third place in todays race was entertaining though drama befell Poco Racing Commodore driver Steve Briffa while sitting in third spot when driveline dramas took him out.

That left Matt Palmer and Matt Chahda to scrap over third place swapping the position on the last lap with it finally settled in favour of Palmer.

The STR Trucks Bodies Falcon driver has now moved into a clear third in the series points 39 points in front of Chahda. 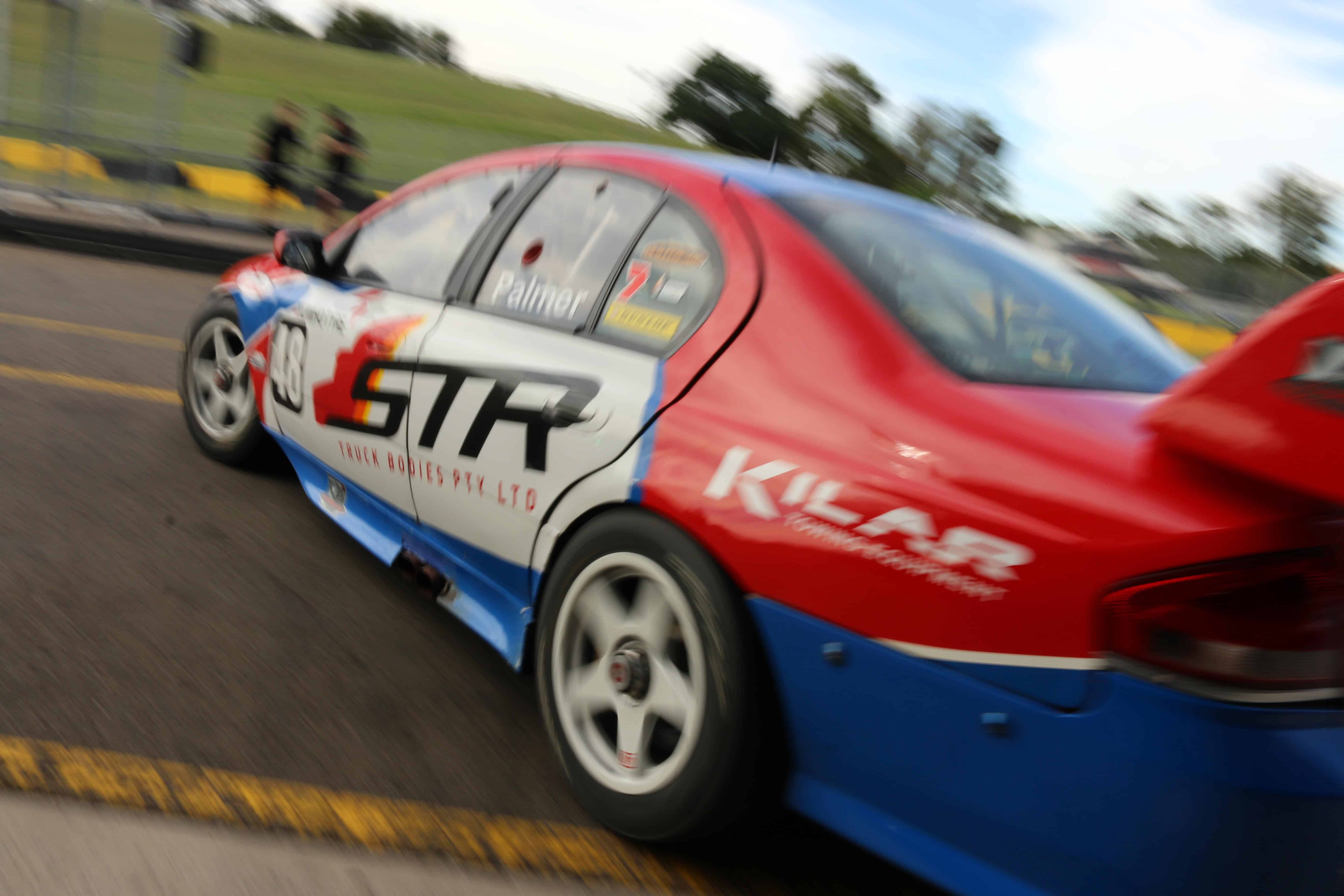 Chahdas performance was impressive given his team spent the time between qualifying and Race 1 changing a gearbox sourced from off-site. 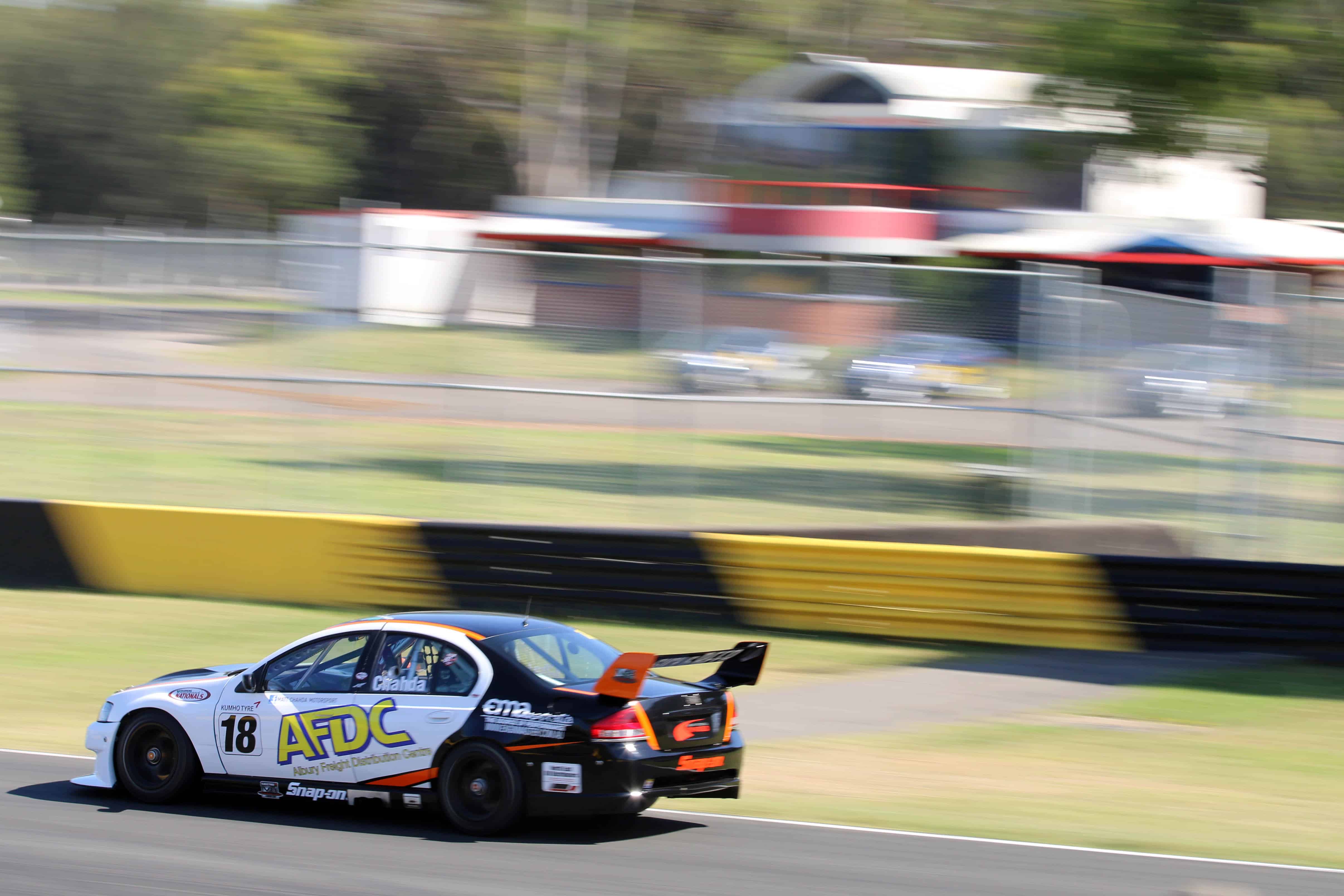 Rookie Brendan Strong stayed out of trouble to finish fifth clear of Kumho Series debutante Darrin Renouf and Jose Fernandez. With no wet weather tyres the former V8 Supercar driver was forced to compete on slicks and slipped and slid around to be the last classified runner.

Chris Delfsmas Falcon was the races first retirement when he pulled into the back of the paddock halfway through the opening lap.

The Kumho Tyres Australian V8 Touring Cars Series returns for a further two races to complete the season tomorrow with both races to be streamed live via www.thenationals.com.au