â€œI was really emotional in the car after the race and broke out into tears said the new champ.

â€œIts an amazing feeling. Im actually lost for words. Its been a massive year to get to the grid and what a year its been for EMS with two championships in two categories in the one year. Its all quite unbelievable.

For Simpson being stopped from competing in the final race of Round 4 at Phillip Island due to noise restrictions and a 10 point penalty at Wakefield Park for contact with Ruggier created a hill too high to climb this weekend.

Simpson finished 54 points behind Ruggier in the end however his 10 race wins for the season is a new record for the V8 Touring Car category.

STR Truck Bodies Falcon driver Matt Palmer took third for the round the result also enough for the Melbourne-based pilot to claim third overall in the series in his ex-John Bowe Falcon.

The former Saloon Car drivers second season in the Kumho Series also saw him finish third behind Ruggier and Simpson in the class for cars equipped with sequential gearboxes.

Poco Racing Commodore driver Steve Briffa came home third in todays final race to clinch the pointscore for cars equipped with H-pattern gearboxes despite gearbox problems both today and in Race 1 yesterday. He finished fifth overall in the Kumho Series.

Matt Chahda won the H-pattern round today in Sydney and ended the year fourth in the overall series.

The 2015 Kumho Tyres Australian V8 Touring Car Series for ex-V8 Supercars will commence at Sandown in Victoria next March at the opening event of the Shannons Nationals. 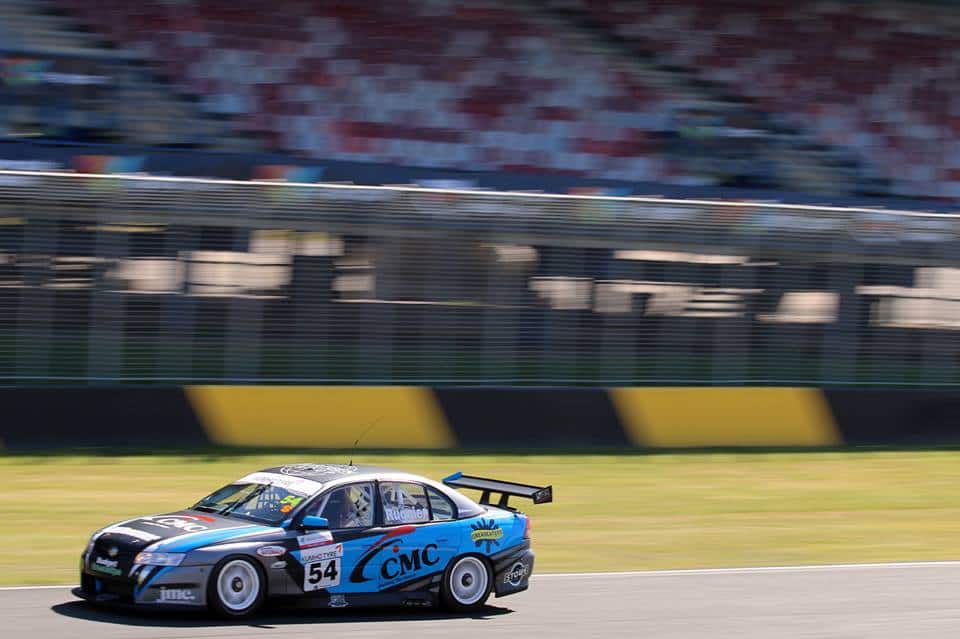