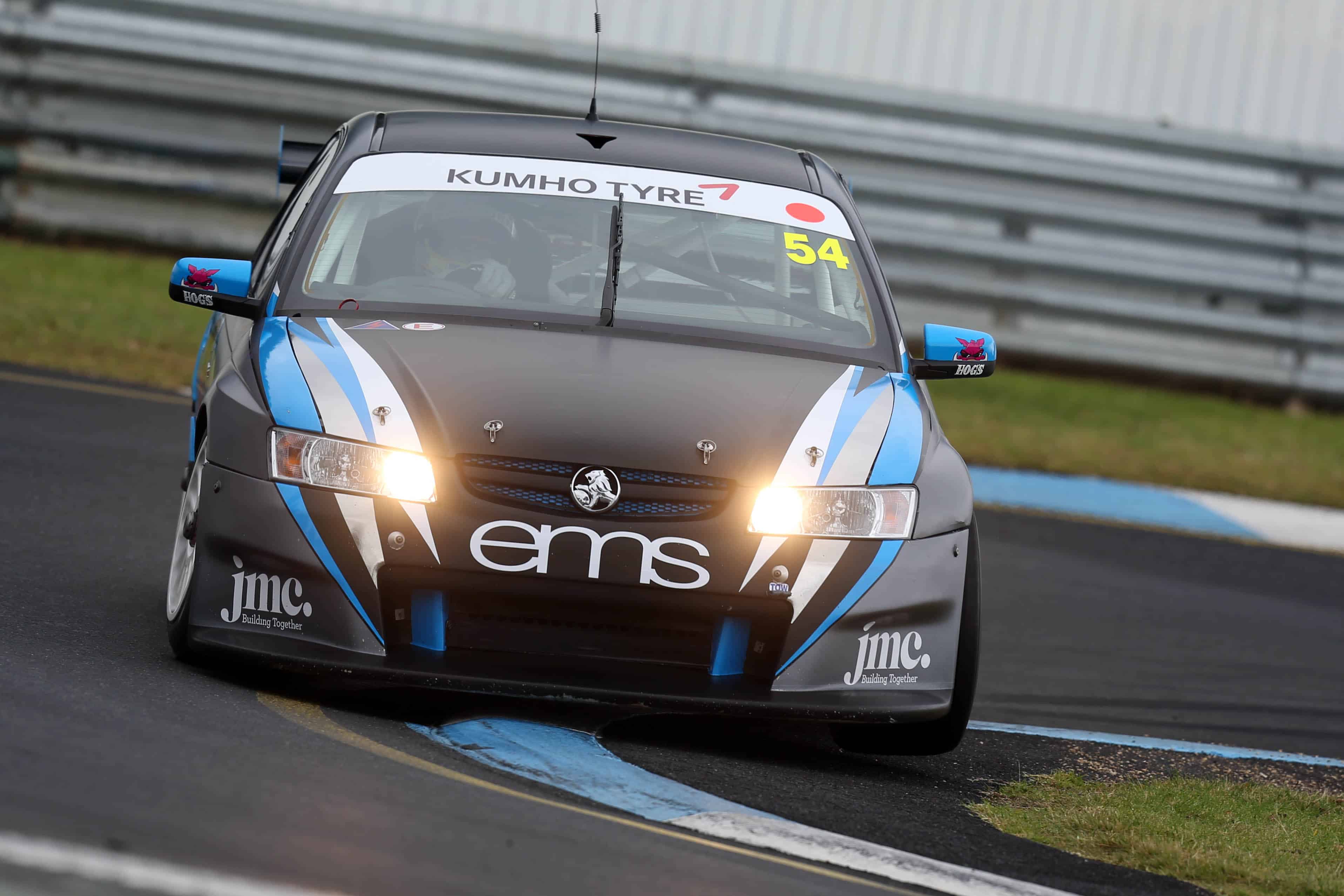 A longer 18-lap race completed the weekend and again the Safety Car made an appearance after Sydney racer Steve Briffa was stranded in the sand at Dandenong Road Corner.

Pollicinas first weekend back in the category was a success claiming third overall for the weekend behind the two EMS cars and victory in the newly introduced Privateer class.

It was a dramatic day for 14-year-old teenage rookie Alex Rullo who failed to finish on Saturday due to engine problems and then collided with Jason Heck and Jason Leoncini in Race 2 today.

A solid field of 16 cars competed in the opening round of the series this weekend pointing to a strong year for the category that provides a home to ex-V8 Supercars no longer eligible for the Development Series.

Coverage of the Sandown round will be shown on SBS Speedweek program on Sunday April 19 with replays to follow on Fox Sports.

The Kumho Tyre Australian V8 Touring Car Series will now move to Winton Motor Raceway on June 13/14 for the second of five rounds for 2015.