Kumho V8 Rookie On Way Up 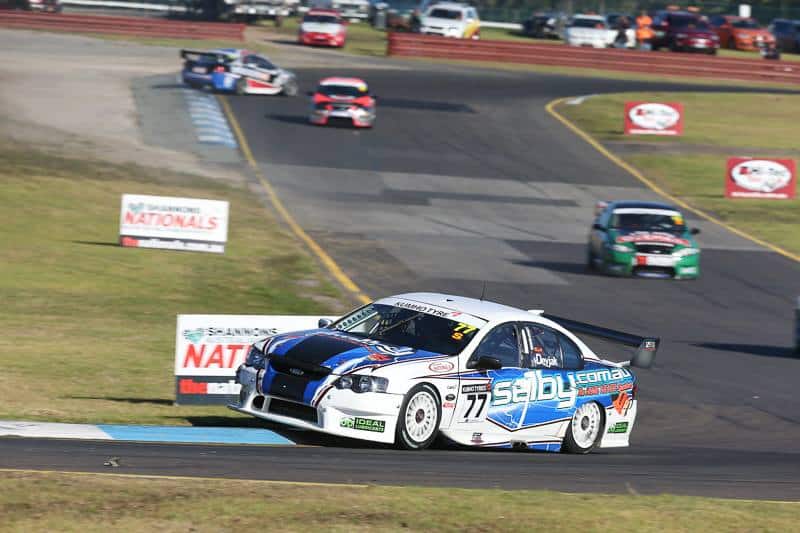 â€œI had the perfect opportunity in Race 1 on the front row and enough speed to stay at the front but I didnt get enough heat in the tyres on the warm-up lap went wide at turn 1 and let a few cars through.

Devjaks weekend them slipped slightly after its strong beginning rounded out by a pit lane penalty in Race 3 for contact with fellow rookie Jason Leoncini.

The penalty was taken under Safety Car conditions so Devjak was forced to return to pit lane to serve it correctly under green flag racing conditions.

â€œThe positive from the race was I got to drive the car without anyone around me and put together some good lap times so we definitely had some pace.

Devjaks previous racing experience of Improved Production was one thing but he could only come up with one word to describe his first taste of Kumho Series racing intense.

â€œIts very very intense compared to what Ive done before I was using that word all weekend at Sandown! he says.
â€œIve done well in Improved Production and done well in that but the intensity of this racing is on another level. I think I did well considering Id never driven the car or the track before.

Devjak will compete the full season in the Kumho Tyre Australian V8 Touring Car Series and will have a new livery on his Falcon in time for Winton another circuit where hes never raced before.

Winton will host round two of the Kumho Series on June 13/14 as part of a massive weekend of racing at the Shannons Nationals.