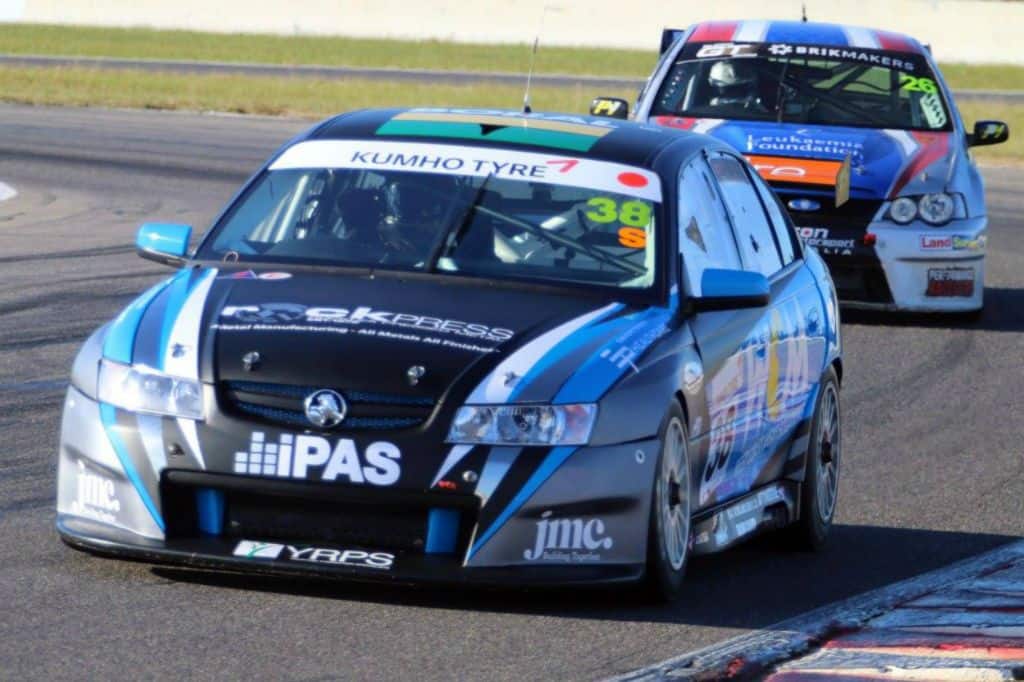 He is the youngest-ever V8 driver in Australian motorsport history and will celebrate his 15th birthday on Monday.

Former Kumho Series champion Tony Evangelou finished fifth after a fraught day in his ex-Jason Bright CAT Falcon. The Melbourne-based driver qualified on the front row of the grid alongside eventual winner McAdam however his 501 Performance-run Falcon was excluded from qualifying due to entering the garage during the session which is not permitted under category rules.

He fought his way through the field from 16th on the grid to finish fifth clear of Jim Pollicina who started ninth of the grid after tailshaft failure in qualifying.

The recovering Smerdon Michael Hector (who started from pit lane) John Vergotis Leigh Moran and Brendan Strong rounded out the field while Peter Rullo father of race runner-up Alex was a lap one retirement.

The Kumho Tyre Australian V8 Touring Cars will return to the track tomorrow at Winton for Race 2 at 10.35am with a 15-lap final at 2.00pm to round out the weekend.

Both races will be streamed online live and free at the Shannons Nationals website www.thenationals.com.au