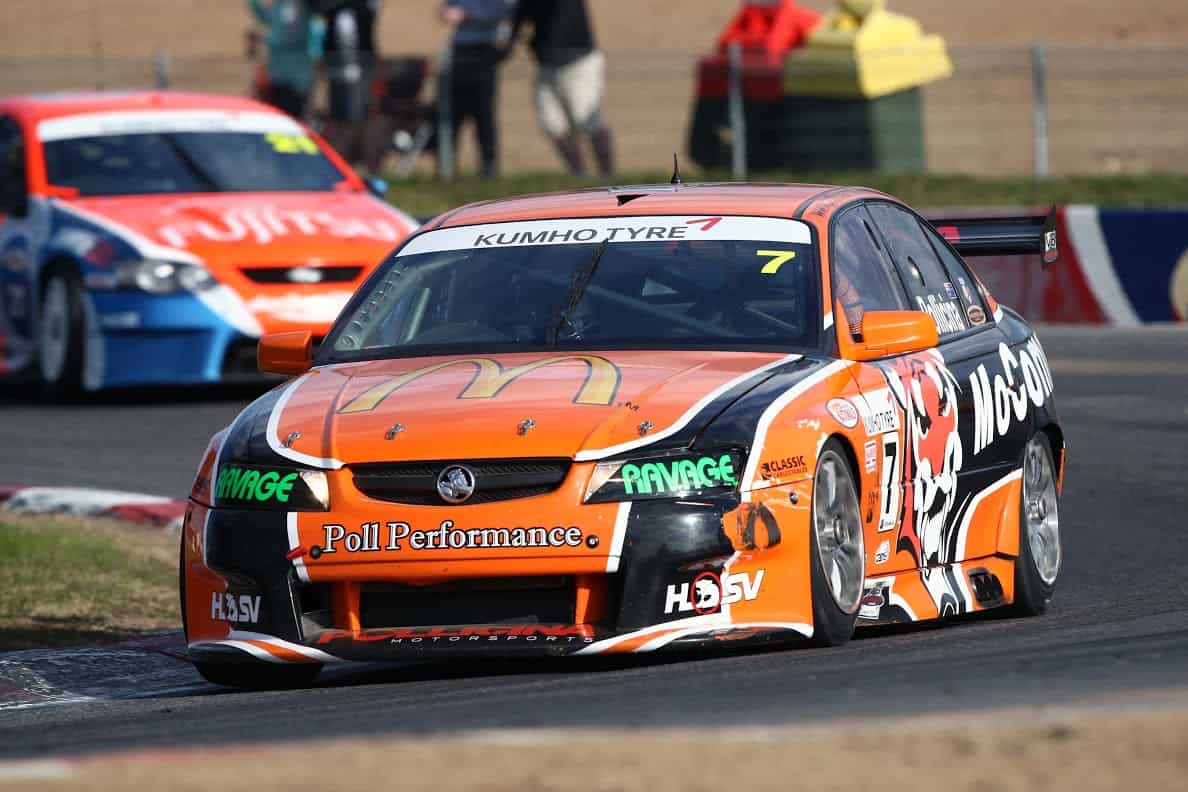 â€œConsidering how the two championships have panned out so far my priority is to do well in the Kumho Series says Pollicina who races an ex-Jason Richards Tasman Commodore.

â€œTheres no question there were some driver indiscretions in the last round of the series at Winton and hopefully the racing standards improve this weekend.

â€œI actually won my first ever Kumho Series race at Queensland Raceway so I tend to go quite well there. Its a simple track but it always seems to produce close and competitive racing.

Pollicina heads a closely-bunched pack on the series points table with just 20 points covering second to sixth in the pointscore.

Sydney privateer Steve Briffa Adelaide veteran Chris Smerdon 15-year-old rookie sensation Alex Rullo and Sandown round winner Jack Perkins (who is not competing in any further rounds) are all covered by the small margin.

Rullo who won the last round at Winton and became the youngest V8 touring car race winner in Australian motorsport history has already spent a weekend at Queensland Raceway working with Lucas Dumbrell Motorsport at last weekends V8 Supercar round.

Hes also been racing since Winton in the Sports GT category on his home track at Barbagallo Raceway in Perth.

The Kumho Series cars will be on track on Friday at Queensland Raceway for private practice before qualifying and Race 1 on Saturday. Two more races will complete the round on Sunday.

A total of 15 cars have been entered for this weekends round of the series which is the third of five in 2015.

Queenslander Shane Hunt will make his first appearance of the season in his ex-Triple Eight Falcon while other home state drivers competing on their home track include Jason Heck (ex-FPR Cobra Falcon) and Lyle Kearns (ex-Paul Morris Commodore).

Live streaming coverage of the action will be available online on Sunday via the Shannons Nationals website www.thenationals.com.au