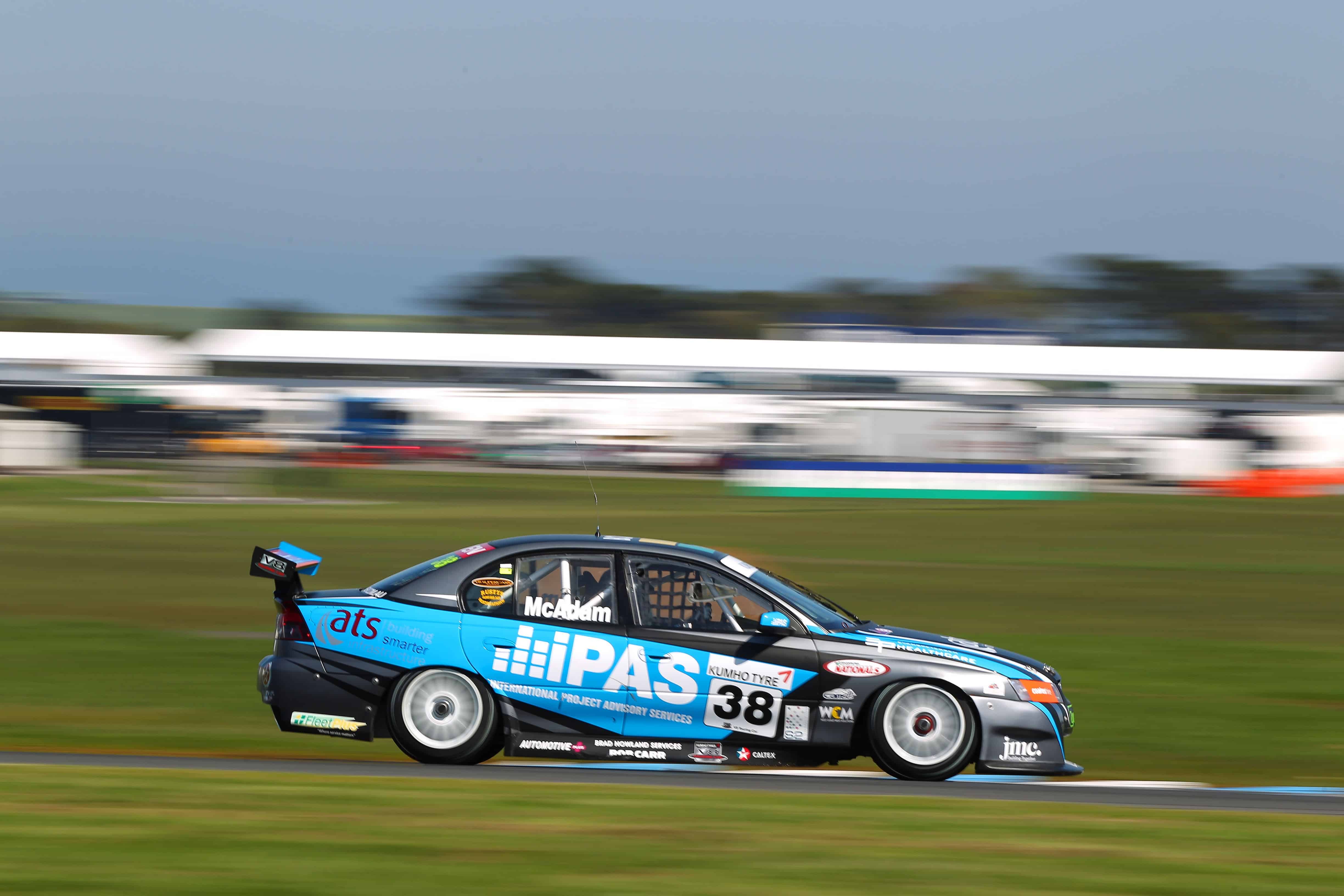 Briffa sits fourth in the series and has closed the margin to third-placed Jim Pollicina who finished sixth in todays race to just six points.

First-year Kumho Series driver Devjak had raced with the lead pack early in the race however was the last classified finisher after an off-track excursion.

Western Australian Jake Kostecki also had an off-track excursion after running second in the early laps his ex-Craig Lowndes/TeamVodafone Falcon ended up off the road on the last lap and failed to finish.

It was another tough day for STR Racings Matthew Palmer too who was forced to swap to his second ex-Brad Jones Racing Falcon today after an accident in his regular car during yesterdays sponsor ride session.

The penultimate round of the Kumho Tyre Australian V8 Touring Car Series will be completed at Phillip Island tomorrow with an eight-lap race at 11.25am and the 12-lap final at 2.30pm.

Tomorrows action will be live streamed at the Shannons Nationals website www.thenationals.com.au