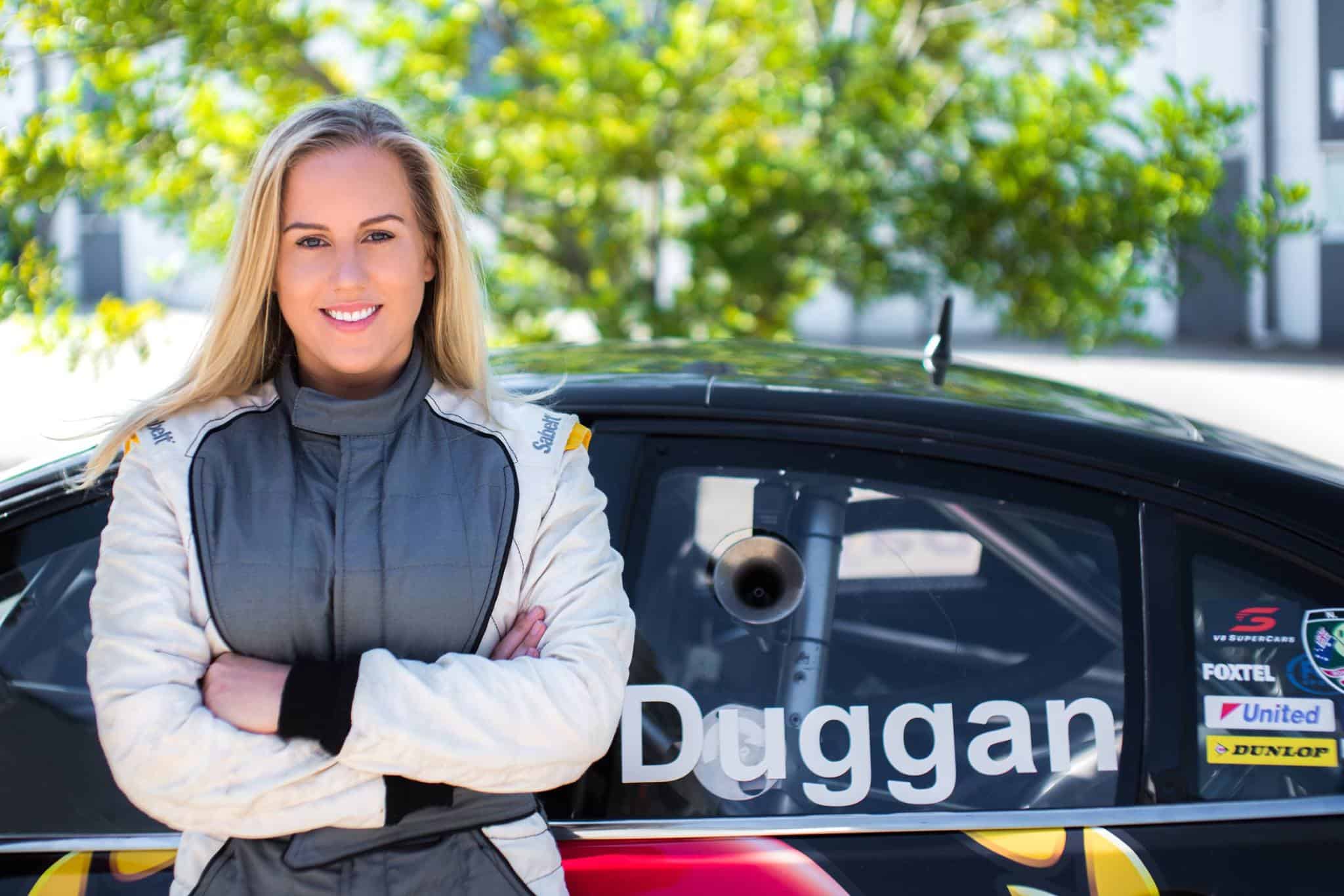 Duggan will pilot the #15 R-Sport Race Engineering Holden VE Commodore with backing from Penrite and Caradvice.com.au. The car was formerly campaigned in the V8 Supercars Championship by Kelly Racing.

The Sydney driver can barely contain her excitement about becoming the first female driver in the Kumho Series recognised as the third tier of national V8 competition and becoming just the third female to race V8s in 2016 alongside Chelsea Angelo and Renee Gracie.

â€œMy dream has always been to race V8 Supercars and I can hardly believe its going to become a reality for me this weekend Duggan said.

Duggans racing background is different to most; instead of taking the typical go-kart racing route her circuit racing career began in the highly competitive NSW Excel Racing Series in 2014. Despite her lack of experience compared to others in the category she was immediately on the pace scoring several podium finishes and a race win in her rookie season.

â€œI always loved cars and loved driving but it wasnt until I finished school and started full-time work that I was able to pursue my motorsport ambitions Duggan said.

â€œI attended some CAMS events and did some research and the Excel Series seemed to be an ideal place to start my career.

â€œBecause the cars are so evenly matched racing in the Excel Series has taught me a lot about race-craft and how to overtake and its also allowed me to forge contacts and relationships in the motorsport industry including my partnerships with Penrite and Car Advice which will be invaluable as I take this next step.

Duggan acknowledges that there will be a massive leap from the front-wheel-drive four cylinder Hyundai Excel into a V8 Supercar with more than 600 horsepower but is mentally prepared for the challenge that lies ahead.

â€œI have been doing everything I can to prepare myself for the transition including a lot of simulator work and studying in-car footage and data Duggan said.

â€œMark Robinson from R-Sport Race Engineering has been extremely supportive and he wants me to succeed.

Competing amongst a richly talented Kumho Series field that includes 2014 Bathurst 1000 runner-up Taz Douglas Duggan is realistic about her expectations for this weekend with the aim of securing the financial backing to compete in the remainder of the series.

â€œAs a racer you always want to be up the front but at the same time I know I will have a lot to learn so the aim will be to increase my understanding of how to drive a V8 Supercar keep improving over the weekend and above all to enjoy the experience Duggan said.