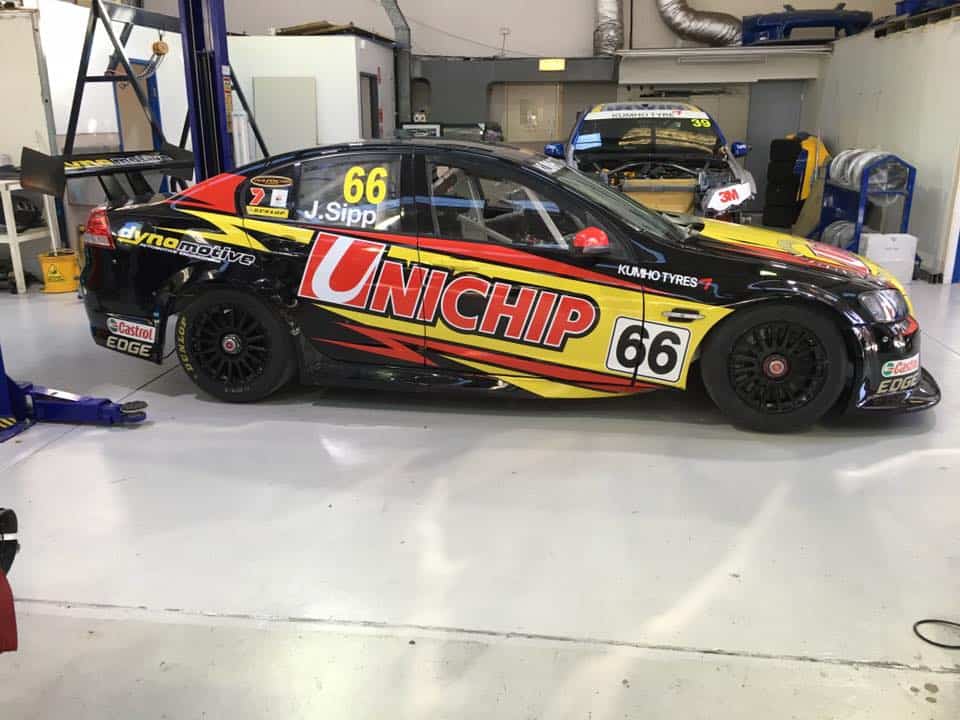 A host of ex-V8 Supercars with significant main-game and Development Series history to take to the 3.2km circuit near Benalla. It will be the first of two visits to the Supercars program for the Kumho Series this year with a trip to Queensland Raceways Coates Hire Ipswich SuperSprint on the schedule for late July.

Taz Douglas leads the standings following his opening round win at Sandown in early April the Victorian driver doing double duty this year as he also contests both the V8 Supercars Development Series alongside his Kumho series campaign.

Douglas races for THR Developments in an ex-Kelly Racing VE Commodore and won all three races at Sandown his first wins in the series to lead the standings by 32 points following the first of five rounds.

Bryce Fullwood sits second with rookie driver Tyler Greenbury third outright and in the pro class standings in his first full V8 season. Fullwood will miss Winton however Greenbury will be keen to build on his strong V8 debut at Sandown that saw him battle for the race lead in the final race of the weekend.

The Kumho series has traditionally included a mix of young-gun racers and more experienced competitors and this year is no different several young rising stars using the series to make their mark on Australian Touring Car racing.

One of those young talents is teenager Josh Smith who will help Brad Jones Racing will also make their own little piece of history when the young-gun lines up in his VE Commodore.

The Albury-based team are the first to run cars in all three-levels of V8 racing in Australia and when they line up at Winton will have done so in the space of just two weeks.

The Townsville-born driver grabbed pole on debut at Sandown and despite spinning off on oil in the opening race rebounded strongly to show race-leading pace on his Kumho debut.

The car has tasted success in the Kumho series in the hands of former champion Tony Evangelou and is notable for being the car that won V8 Supercars first major international foray: Jason Bright winning the 2006 Bahrain round when the car sported CAT colours for the factory Ford team.

At the other end of the spectrum Troy Stapleton will make his Kumho series debut driving the oldest car in the field the EL Falcon raced by Dick Johnson and John Bowe in the 1997 Bathurst 1000.

Having raced a borrowed Ford Falcon in the opening round Queenslander Jack Sipp will switch to an ex-Paul Morris Motorsport VE Commodore at Winton entered by Matt Stone Racing. Sipp is the son of former V8 Supercar privateer Tim Sipp.

Matt Chahda will also return to the Kumho Series at Winton racing his ex-Britek BA Falcon the car utilised by Sipp at the opening round.

The Kumho V8 Touring Cars will tackle two 20-minute practice sessions on Friday May 20 qualifying and race one on Saturday and two further races on Sunday.

Every race will be broadcast live on FOX Motorsport (506) across the weekend.