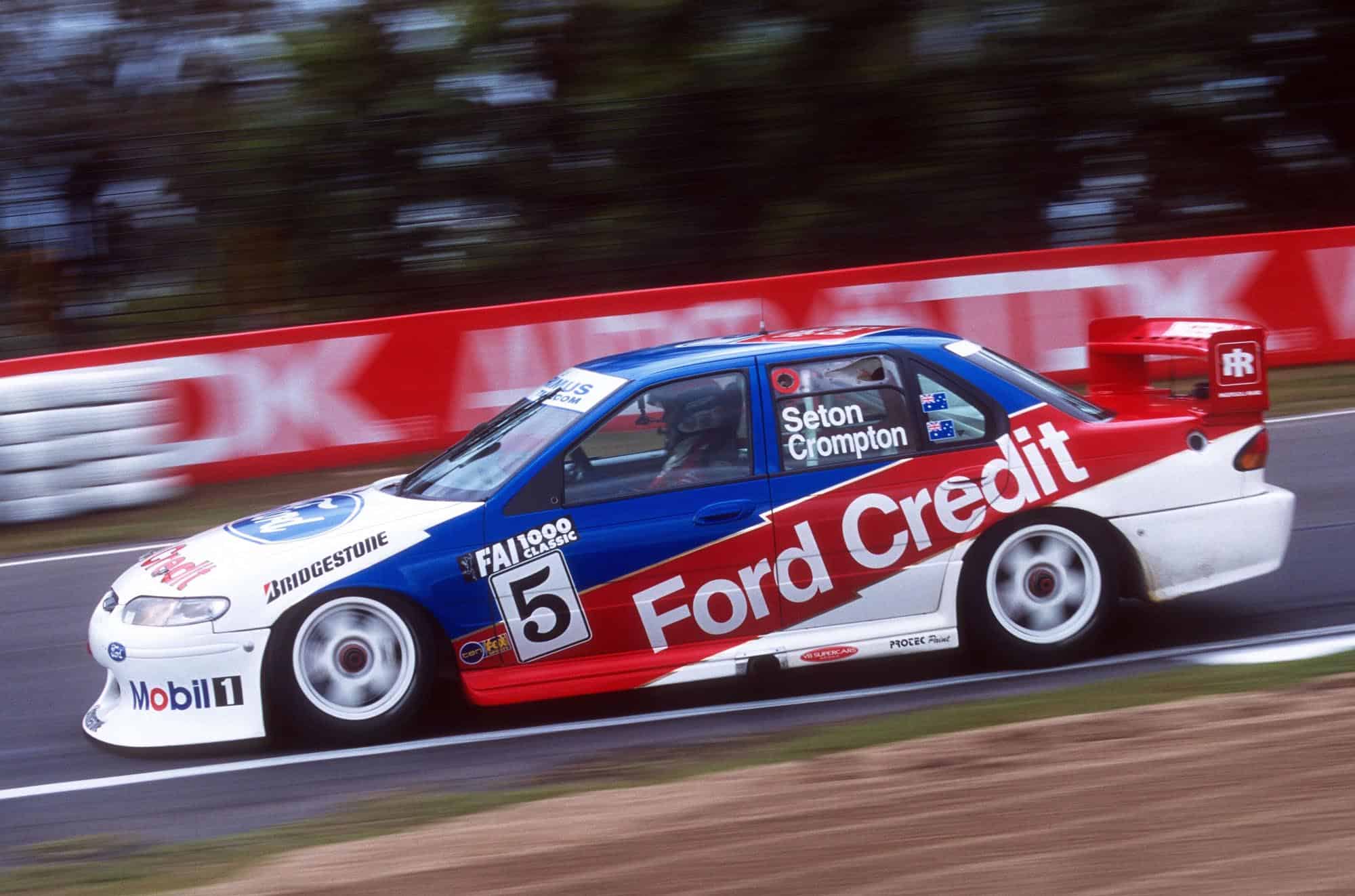 An 18-strong grid has nominated for competition at the 3.1km circuit near Ipswich but its the addition of the two cars once steered by former ATCC / Supercars champions that are likely to grab the attention of plenty of fans watching trackside and on TV.

According to Kumho Series partner www.V8sleuth.com.au Cantrells EL Falcon was the last car built by Glenn Seton Racing and was driven by Seton in 1998 with No. 1 on the door. Seton joined by Neil Crompton in the Endurance races that year with Crompton also racing the car in the early stages of the 1999 season.

The car was later sold to businessman Terry Steer for Dean Canto to use in the inaugural V8 Supercars Development Series winning the championship.

The car continued to be raced in the Dunlop Series in 2001 and was driven by the likes of Greg Crick and Aaron McGill before it was severely damaged at Lakeside when McGill was turned around by another racer.

Sydneys Andy Cantrell purchased the car in 2004 and last raced in his hands in February this year – at Mount Panorama in the Bathurst 12 Hour combined sedans races.

Milletts ex-HRT Commodore was built in 2006 and was used by Mark Skaife to equal Peter Brocks ATCC / Supercars record for most round victories when he won at Pukekohe that year.

The car was sold for the 2007 season and raced in the Development Series before being sold to former V8 Utes racer Millett in 2011. Millett raced the Car at Bathurst in both 2015 and this year and will make his Kumho Series debut in the car next week.

The Kumho series classics join a field all seeking for a way to beat runaway series leader Taz Douglas who leads the series standings following a clean sweep at Winton in late May.

The Victorian driver has won both rounds this season notching up six-straight race wins as he powered to a commanding overall victory over Brad Jones Racing driver Josh Smith and Image Racings Tyler Greenbury at Winton last time out.

Greenbury and Smith battled intensely for second and third place at Winton and both will be hoping to be the first to topple the dominant THR Developments VE Commodore when the tour heads north next week.

Having raced an older-model BF Falcon for the opening two rounds Image Racing driver Greenbury will step into the latest eligible FG Falcon in Queensland – hopefully giving him an even better shot at victory.

The remainder of the grid remains essentially as it was at Winton with the notable exception of New South Wales driver Michael Caine who joins Jim Pollicina in his two-car VE Holden Commodore team.

With regular driver Anthony Loscialpo set to miss the round due to business commitments Pollicina drafted his Production Car racing teammate Caine in to steer the ex-Tasman Motorsport Commodore with Queensland to mark his debut in the Kumho Series.

The pair raced together in this years Bathurst 6 Hour narrowly missing the outright podium in the Mitsubishi Lancer they shared.

The Kumho V8 Touring Cars series will contest three races across the Coates Hire Ipswich 300 weekend all of them broadcast live on FOX Sports 506.