CONTENDERS LINE UP TO CHALLENGE TAZ 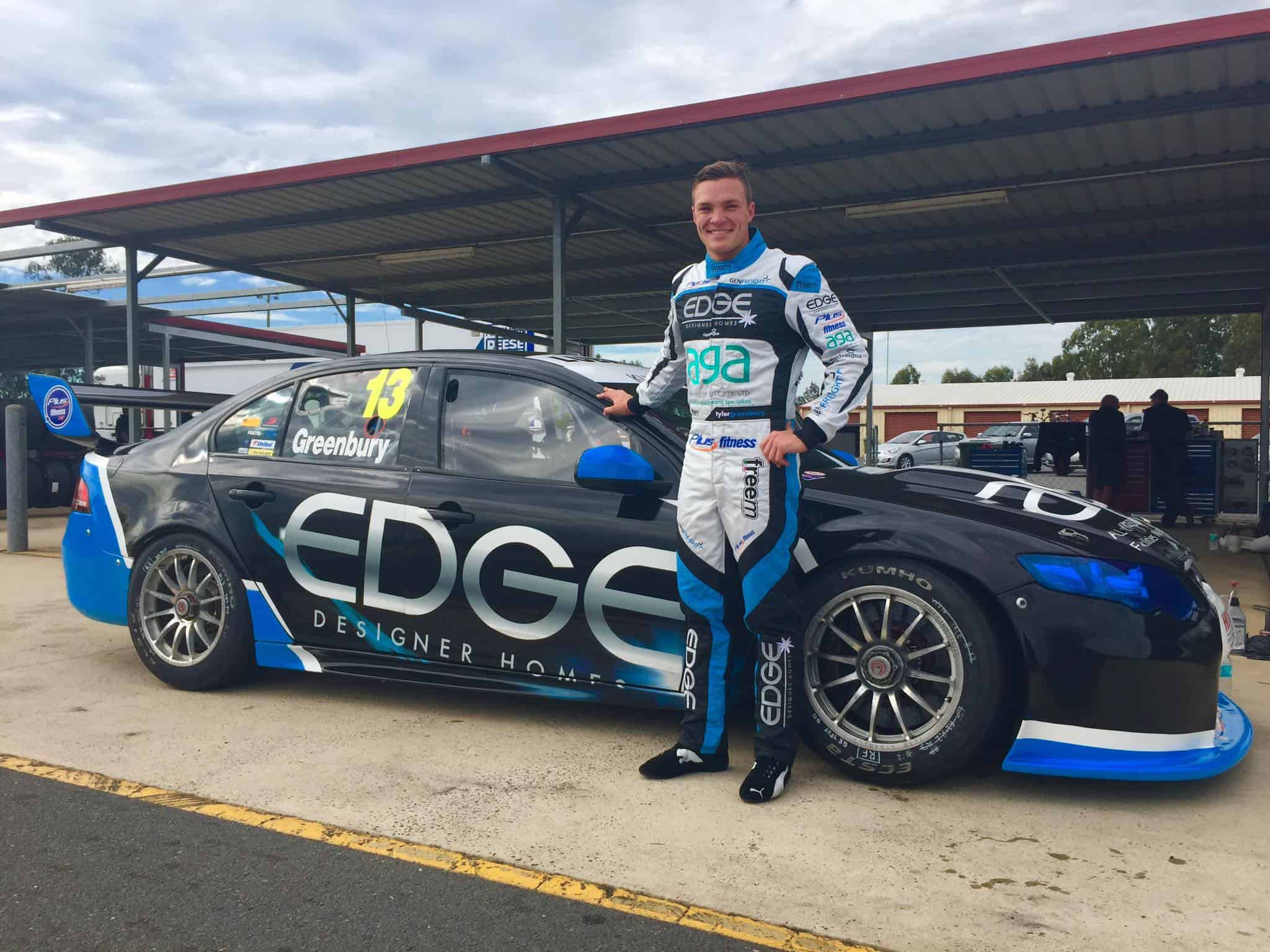 Greenbury sits second in the championship after two rounds: 63 points behind Douglas and 36 in front of fellow rookie Brad Jones Racings Joshua Smith.

However he hopes the latest Falcon from Image Racing will help his quest for a maiden V8 victory at this weekends Coates Hire Ipswich SuperSprint.

â€œIt’s hard to tell how much of an improvement we had from the older car as this is the first test day that we have had at Queensland Raceway. But in saying that I feel very confident in the car much more confident than I have been all year he said.

â€œThe Image Racing team have prepared a fantastic car that I am extremely excited to get behind the wheel of again this week.

â€œTaking on Taz is always going to be hard he’s a great driver who also carries a lot of experience driving these cars and he’s done a lot more racing than I have this year. We will see how the weekend pans out but I do feel we have moved forward a lot from my previous rounds. I’m eager to get back behind the wheel that’s for sure!

â€œWe started off the day just getting comfortable in the new car and straight out of the gate I felt I could push the car harder than I ever have before.

â€œThis weekend I would like to improve on my previous two events where I have placed 3rd in both rounds. I feel the team has put in a lot of effort with me and I’d like to reward them and my loyal sponsors with another great finish this weekend and keep moving forward with my driving.

Just trailing Greenbury Josh Smith sits within 100 points of the series leader and will be buoyed by his strong performance at Winton last time out.

The Brad Jones Racing young gun qualified 0.08s behind Douglas on the front row of the grid and went on to finish second overall with results of second third and second in the three races respectively.

A third young star could also throw himself into contention for a victory this week Queenslander Jack Sipp set for a big round following his first test day of the season at the Ipswich venue last week.

The Matt Stone Racing driver was pleased with the performance of his Unichip Commodore and will be looking to build on his sixth outright at round two in May.

Sipp has plenty of local knowledge at Queensland Raceway and raced a Formula 4 car there last year.

2016 will mark the fifth visit to Queensland Raceway by the Kumho Series with the 2015 encounter one of the more dramatic the series has ever seen.

Championship rivals Alex Rullo and Liam McAdam clashed while battling for the lead in the final race ultimately handing Rullo his second straight round victory thanks to wins in all three races.

McAdam holds the Queensland Raceway lap record (1m12.7107s) while Rullo qualified on pole twelve months ago his 1m11.8632s lap comfortably putting him on top by 0.7s.

Meanwhile a competitive fight for the Privateers Cup continues with Jim Pollicina holding a 205-179 lead over nearest rival Brendan Strong.

Strong won his class at Winton his first Privateer victory in the Kumho Series and leads third-placed Jason Heck by just nine points in a tight battle for the final spot on the podium.

Popular Queenslander Shane Hunt is likely to also be a contender for Privateer Honours set to make his first start of the season in his ex-Triple Eight Racing BF Falcon.

The third round of the Kumho V8 Touring Cars series will be comprised of two practice sessions on Friday qualifying and the first race on Saturday and the two final races on Sunday.

Every race will be broadcast live on FOX Sports.