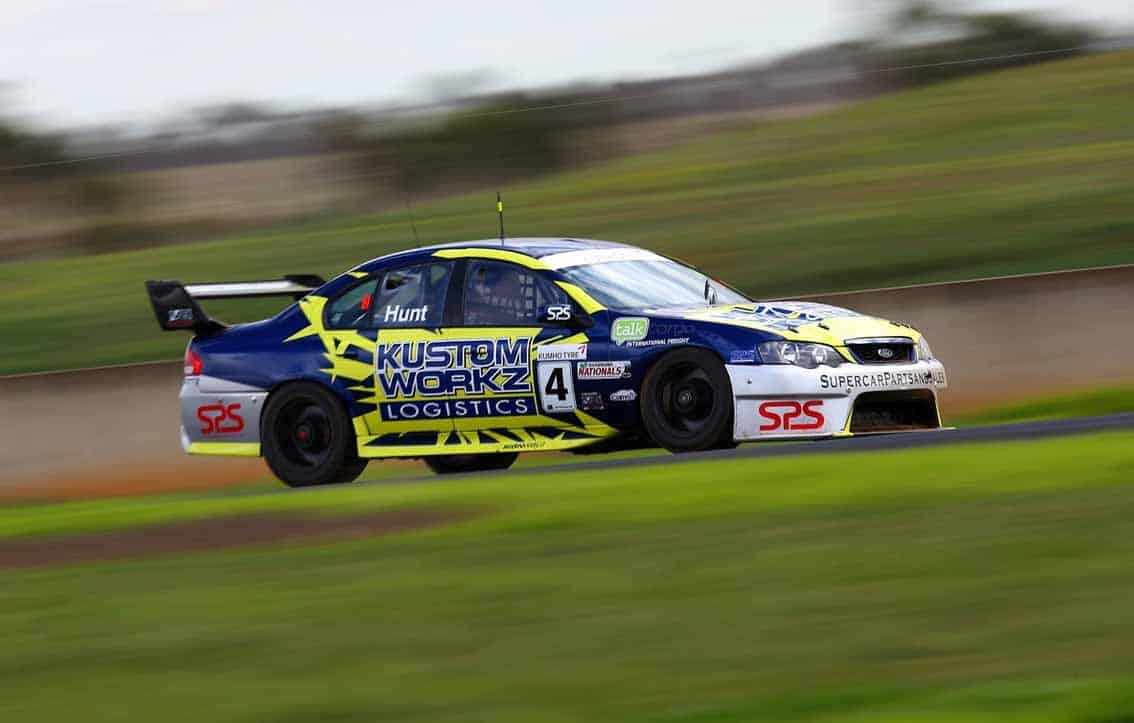 â€œWe were lucky enough to have a test day at Queensland Raceway last week to not only try and get some of the old muscle memory back into play but also to validate some things on the car that we as a team probably havent been comfortable with in the past he said.

â€œRecently we have been lucky enough to welcome some new sponsors on-board the #4 Kustomworkz Huntsport Falcon in K.A.R Building Design and Talk Cargo.

â€œThey join Kustomworkz Logistics and Supercar Parts & Sales in supporting us this year so we want to put on a decent show for them especially as well as all the race fans who come to watch this weekends racing.

â€œIm really looking forward to not only battling with the guys who Ive raced with in the past in Kumho Series but also weighing in on some of the emerging battles from the opening rounds of this year. Im Excited! Shane says.

Hunts Falcon was originally built as one of the first two new cars constructed by Triple Eight when they joined the V8 Supercars Championship.

It was raced by Paul Radisich as the #88 Team Betta Electrical car in 2004 and became a spare chassis in 2005 raced on occasion by Steve Ellery.

It was purchased in 2013 by Shane Hunt and returned to the track in the opening round of the 2014 Kumho Series at Mallala.

After an uncharacteristic absence from this years opening rounds where Hunt has had to settle for being a spectator he is even keener than usual to be in the mix.

â€œThe test day was a good thing for us as it blew some cobwebs out of not only the car but Shane too said Team Manager Dave Crook.

â€œHes definitely keen to get back into the action so we have been working making him more comfortable in the car as well. We welcome not only some new sponsors on board but also a couple of new team members which will hopefully spread some of the load behind the scenes.

Round 3 of the Kumho Series kicks off with practice at the Coates Hire Ipswich SuperSprint tomorrow ahead of qualifying and the three races across Saturday and Sundays program.