DOUGLAS ON TOP DESPITE PRACTICE ISSUES 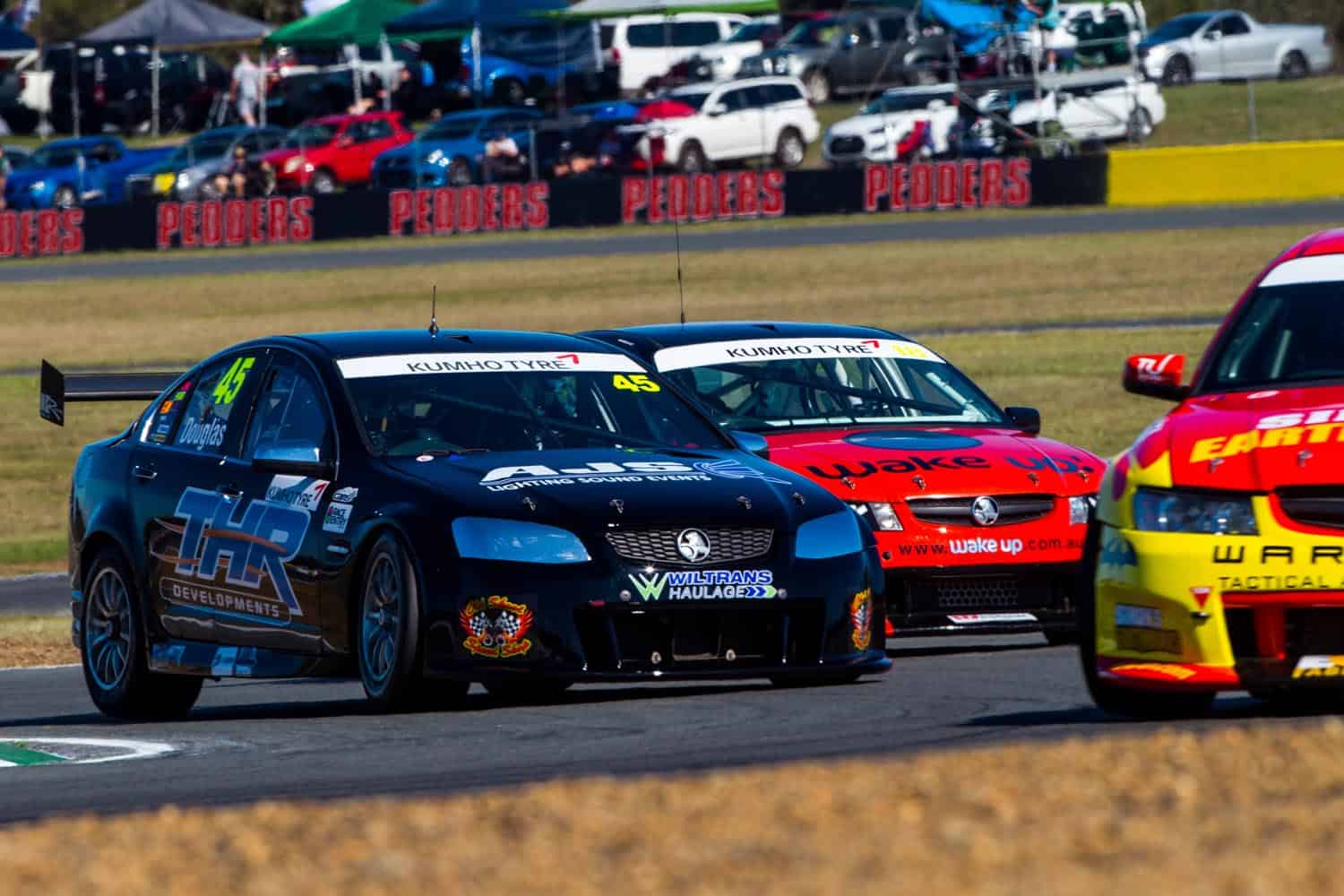 The team later diagnosed the problem to be a broken gearbox oil cooler line that head leaked on the exhaust of the No. 45 Commodore with the issue easily sorted ahead of qualifying and race one tomorrow.

Douglas is on a six-race winning streak in the Kumho Series and leads Tyler Greenbury and Josh Smith in the standings heading into the half-way point of the season.

He ended the day 0.1s faster than Smith who already has one pole position to his credit this season.

The pair battled for second and third outright at the series most recent round at Winton in Victoria and will each be looking to be the first to beat Douglas for the first time this year.

Jim Pollicinas ex-Tasman Commodore was a further 0.1s behind setting up a fight for privateer honours likely to be just as intense as the one for the outright victory.

Steve Briffa rebounded from a trip into the gravel trap to end his day 7th in the poco.com.au Commodore narrowly ahead of Michael Andersons ex-FPR Falcon.

Queenslander Shane Hunt had a spectacular return to the Kumho Series today though not for the reasons hed like to remember.

The ex-Triple Eight Ford driver had a right front suspension upright fail on the 200km/hr entry to turn one spearing across the gravel trap out of control and making side-on contact with the concrete wall.

The team will work on the Falcon tonight in an effort to return to the circuit tomorrow for qualifying.

A highlight of Fridays action was Supercars Media commentators Neil Crompton and Mark Skaife re-united with their old cars in the Kumho Series paddock.

The two recorded a piece for FOX Sports talking about their heritage of the cars theyd raced in the field Crompton the ex-Glenn Seton Racing EL Falcon he raced at Bathurst in 1998 and Skaife the Holden Racing Team-built VZ in which he equalled Peter Brocks all-time ATCC / Supercars round winning record in 2006.

The piece will air on FOX Sports during their Supercars coverage this weekend with times to be advised.

Saturday will see qualifying (10:20am) and race one (12:55pm) contested ahead of two further races on Sunday as part of the Coates Hire Ipswich SuperSprint.