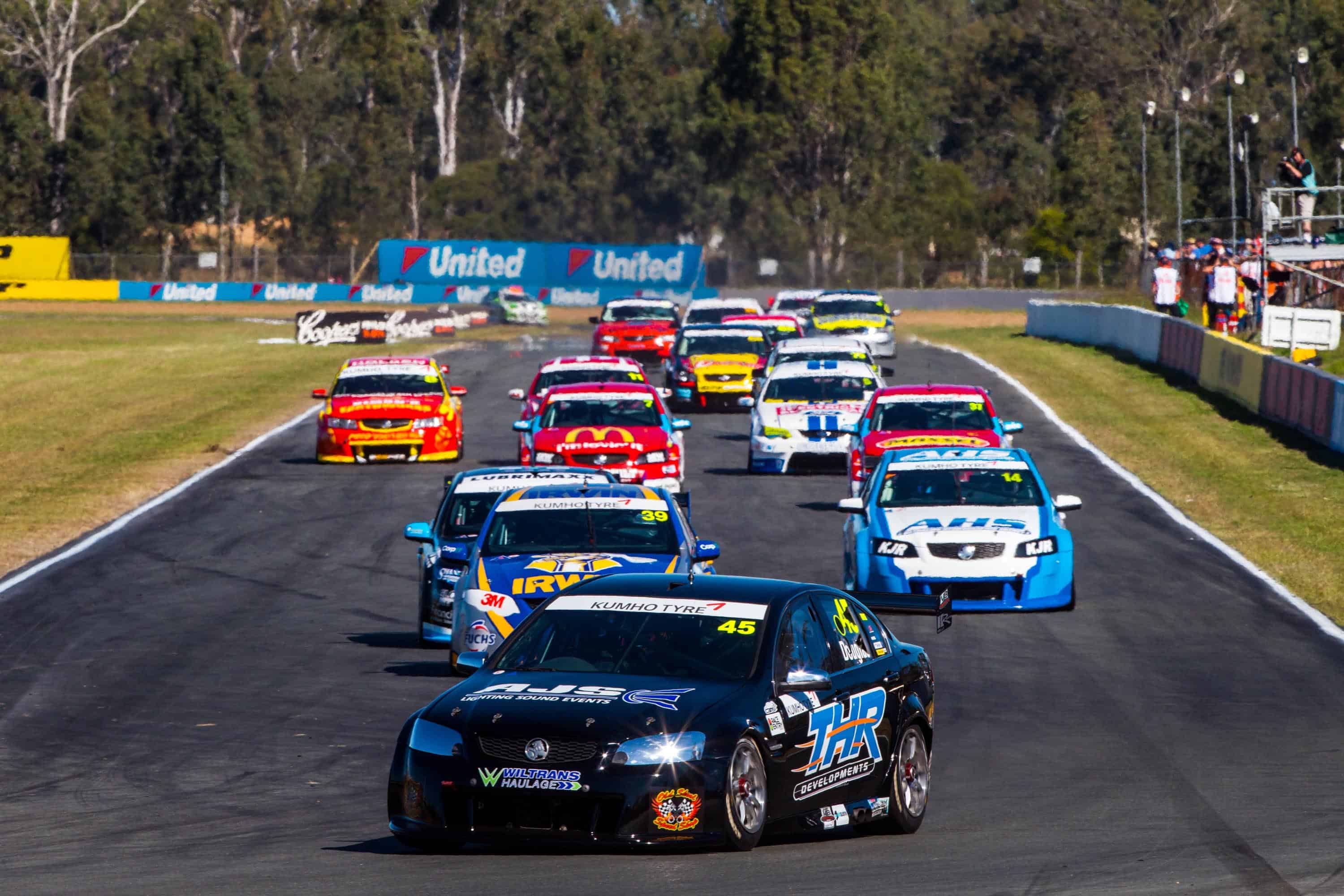 Contact between Steve Briffa and Michael Caine spun the latters ex-Tasman Commodore into the path of Hecks Falcon as the field exited the corner.

Heck went wide to avoid clipping the spinning Commodore however ended up having nowhere to go – Heck tipped into a series of rolls when launched off the right-rear wheel of Caines car.

Heck rolled twice and then landed on his roof on the exit of the corner. 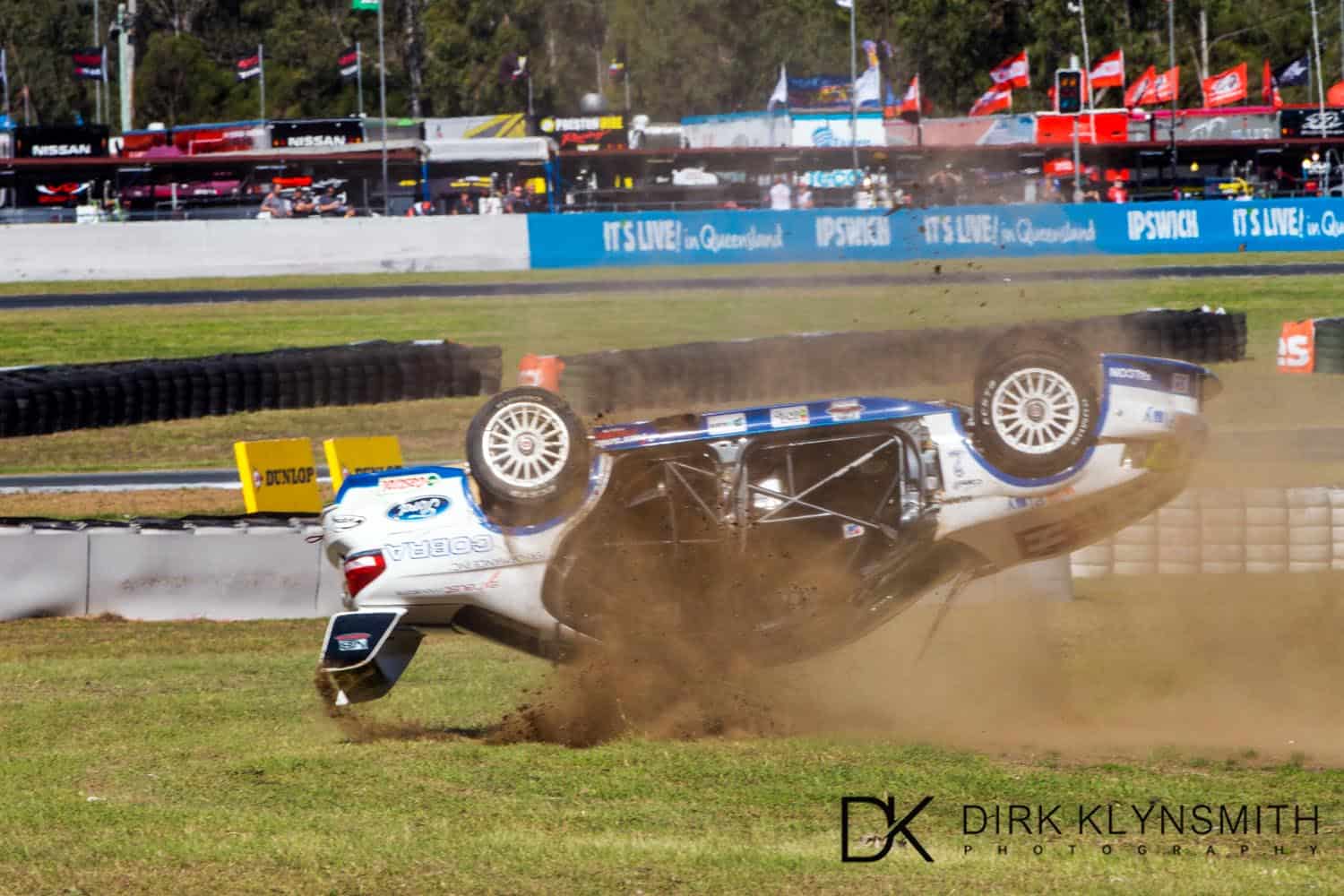 The Queensland driver was assisted from the car by medical teams and taken to the circuit medical centre for precautionary checks before being released.

The incident is currently under investigation by race stewards.

The lengthy recovery coupled with an already delayed program saw the race finish after five laps behind the Safety Car full points awarded as the minimum time requirement had been reached.

Chris Smerdon finished a strong second having made a storming start and charged past young-guns Tyler Greenbury and Josh Smith into turn one.

Smiths slow start cost the Brad Jones Racing driver ultimately dropping to fourth behind Greenbury when the race was called.

Heck and Caine were classified as non-finishers with Kumho Series rookie Caine expected to return to the track tomorrow.

Hecks Haymans Virginia team have already assessed the damage on the No. 5 car with early reports indicating that the chassis is intact a majority of the damage limited to bodywork and associated components.

Two further races complete the third round of the Kumho Series on Sunday at the Coates Hire Ipswich SuperSprint.