DOUGLAS INTO THE RECORD BOOKS WITH THIRD STRAIGHT WIN 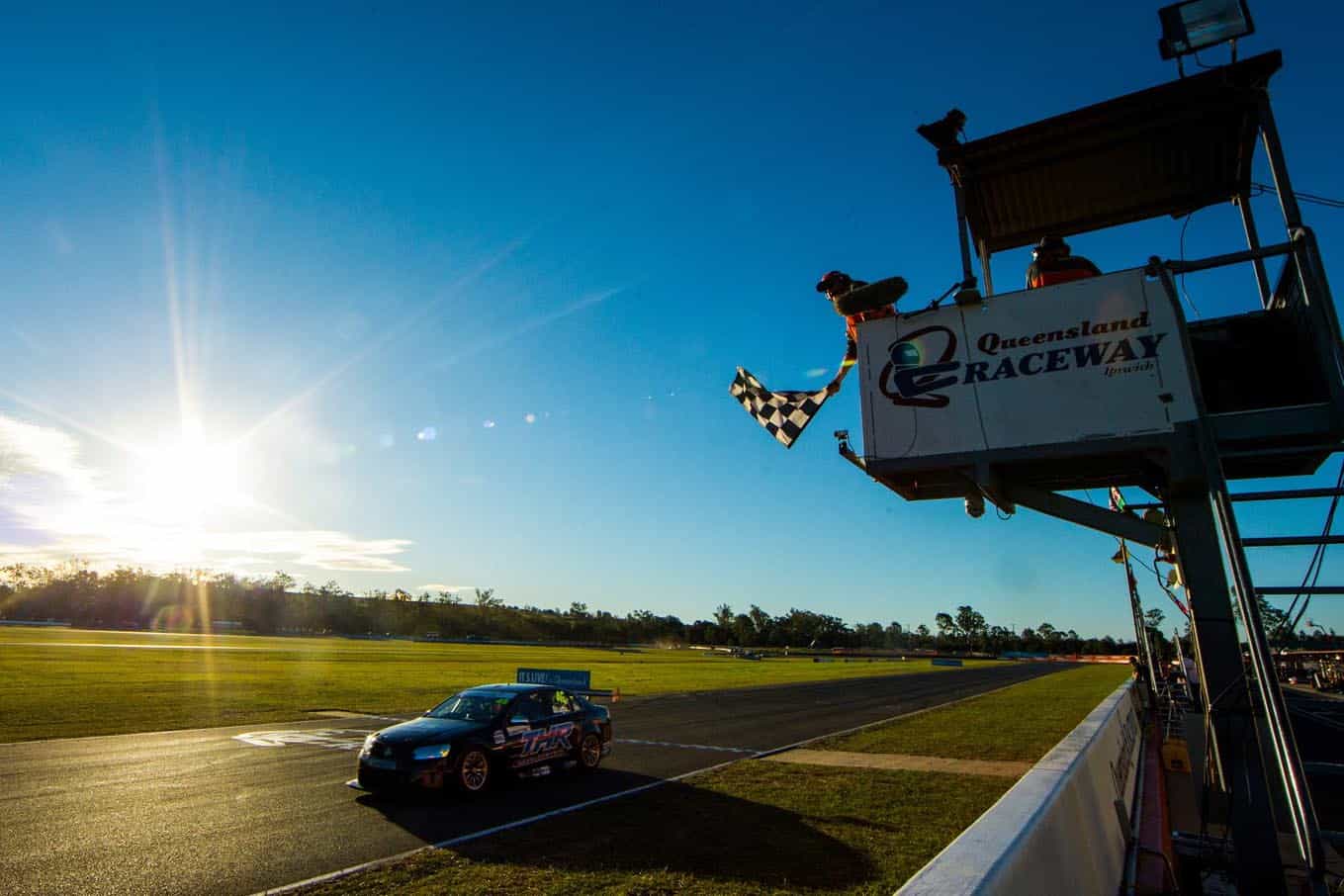 Simpson won 9 straight races in both the 2013 and 2014 seasons and two rounds remain for this year’s points leader to break the record.

At the half-way point of the series Douglas now has a commanding 122 point lead over Tyler Greenbury Josh Smith a further 28 points behind in third.

Chris Smerdon sits fourth in the outright standings 20 points behind Smith and just 11 in front of Jim Pollicina.

Pollicina extended his lead in the Privateers Cup to 100 points with Michael Anderson now second and Brendan Strong third.

A star performer of the race was Shane Hunt who rebounded from his Friday issues to storm to fifth position in just his second race of the year.

Douglas was beaten from the line in race three a cracking start from Smerdon putting the ex-Stone Brothers Falcon into the lead for the first three corners the experienced Supercars privateer only able to fend off Douglas until turn four on the opening lap.

Starting seventh Greenbury was quick to work his way to the front and had climbed to second place by the fifth of 18 laps.

By that stage Douglas had established a seven-second lead one that grew to more than 10 seconds by the time the flag dropped.

Pollicina finished third to secure his spot on the round podium while Smerdon held off the advances of Josh Smith in the closing stages to secure fourth.

The Brad Jones Racing Commodore had an eventual race running fourth early before engaging in a hugely competitive six-car scrap for the positions in the bottom half of the top 10.

He ceded four places on lap five after running wide at turn three but then worked his way back through the field to ultimately finish fifth.

Hunt was unlucky to not finish better having run as high as fourth mid-race.

His car dropped off the pace in the second half of the race and an off-track excursion on the 16th lap dropped him to the bottom of the top-10.

The next round will see the Kumho V8 Touring Car series return to the Phillip Island Grand Prix circuit running with the Shannons Nationals on September 9-11.