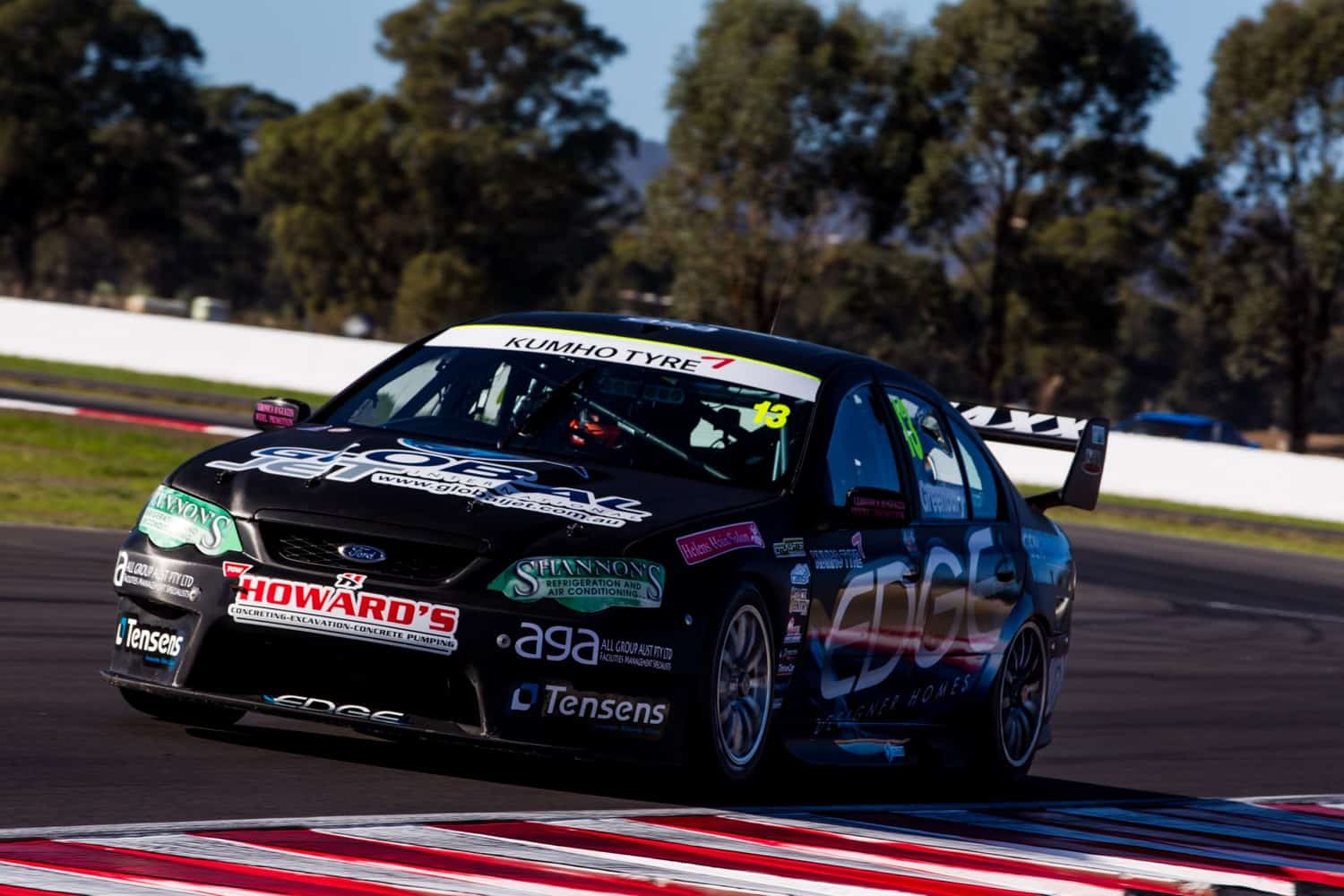 “We are proud to announce we have purchased an ex-SBR BF Ford Falcon from Image Racing to contest in the Kumho V8 Touring Car series later this year and in 2017” McCorkindale said.

McCorkindale is a two-time round winner in the Porsche GT3 Cup Challenge finishing second in the 2014 championship and fourth last year. He switched to the Toyota 86 Series this year.

His new ride has already tasted success in the Kumho series finishing on the podium in the first two rounds of this year’s series in the hands of Tyler Greenbury.

According to www.V8Sleuth.com.au the car – SBR 05 – was raced by James Courtney in Jeld-Wen colours in the V8 Supercars series before becoming the car in which Scott McLaughlin made his Development Series debut in 2010 and used to win his first race in 2011.

McCorkindale will test later this year ahead of an anticipated debut in the series at Phillip Island this September.

He expects to reveal his livery later this year at his first test day in the car.