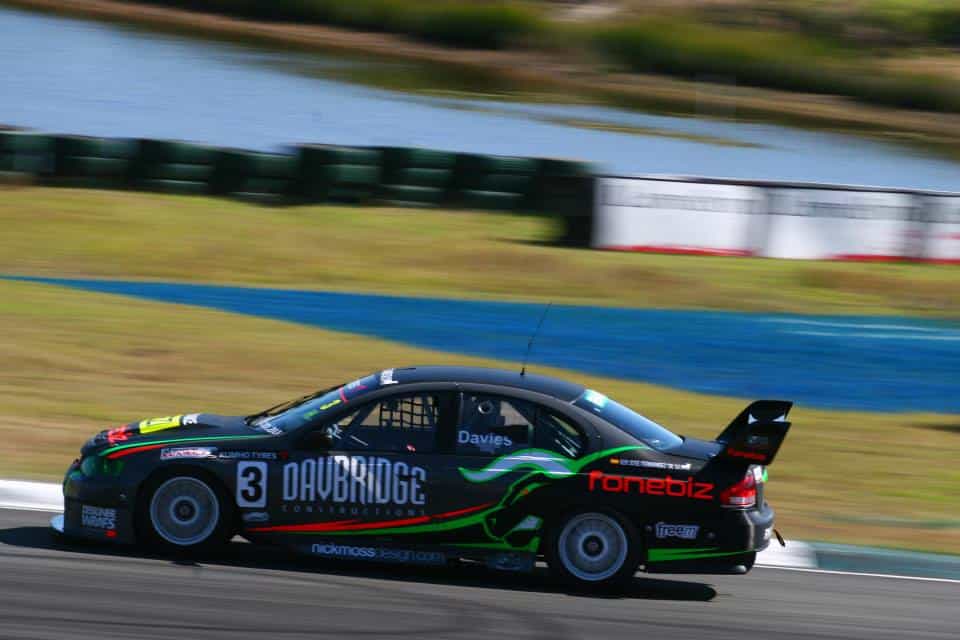 “Weve been looking for a way into a V8 for some time and with our focus on the Carrera Cup drive with TKR there was no way I could have committed to a Development Series program as they race on the same weekend so the Kumho Series fits the bill perfectly Davies said at the time.

â€œV8 Supercars are among my future considerations so when the opportunity came up to drive for Jose (Fernandez) as the defending champion team I didn’t need asking twice. I’m really looking forward to driving the car and also racing regularly which I feel will only stand me in good stead going forward.”

Though not able to win a round a season of consistency and three race wins saw Davies finish on the podium in all bar the final round of the series to secure the 2013 title ahead of a fast finishing Ryan Simpson and former champ Terry Wyhoon.

He raced in Carrera Cup full time in 2014 and 2015 before moving into the Supercars Development series this year.

He was announced today to replace Aaren Russell at Erebus Motorsport for the remainder of the year including the Pirtek Enduro Cup.

â€œIts been a challenging couple of years leading up to this point with some great results but also some character building weekends Davies said today.

â€œAs a driver you often wonder whether a chance like this will come but Ive got to give a huge thanks to Betty Daniel and Barry for having the faith in me to give me this opportunity.

â€œThe current main game field is world class. My job will be to head into each round focused learn as much as I can from the team and do the best job I can improving every outing.