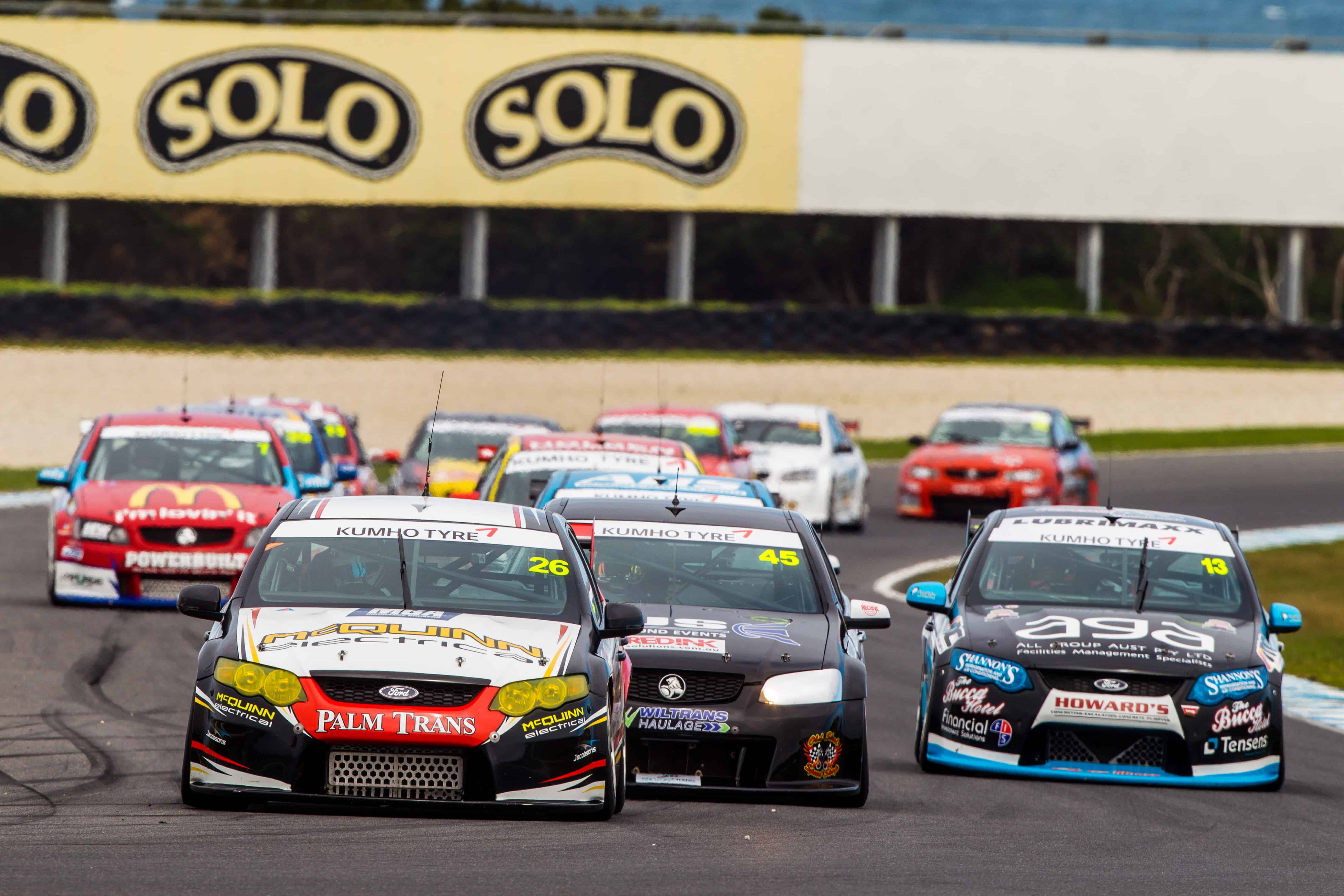 Jacobson who set a new Phillip Island lap record for the Kumho Series today also won two of the three DVS races held at the circuit earlier this year.

Held in conditions that started damp but ended dry the championship battle also changed complexion today as Douglas was relegated to fourth following a spin during a frenetic three-way fight with his nearest rivals in the points battle.

Having started fourth Douglas ran second on the opening few laps however was passed by Tyler Greenbury on lap three.

Josh Smith then attacked the THR Developments Commodore at MG later on the same lap Douglas spinning to the outside of the circuit following contact between the two Commodores.

The contact was investigated by race officials who deemed it to be a racing incident with no penalty awarded.

Douglas ultimately rebounded to fourth place behind Greenbury and Smith however surrendered points in the championship battle heading into tomorrows two races that will complete the round.

Jim Pollicina continued his strong form to extend his lead in the Privateers Cup after early leader Steve Briffa ran his poco.com.au Commodore off the road at Honda Hairpin early in the race.

Briffa had earlier qualified his VZ Commodore in fifth position and held the same position before running off the road in the tricky conditions.

A gearbox failure later ruled the poco.com.au Commodore out of the race with the team racing to source a replacement prior to race two on Sunday morning.

Earlier Jacobson stormed to a commanding pole position taking the top spot on the grid a full second in front of Greenbury. Josh Smith was third Taz Douglas fourth and Steve Briffa fifth.

A further two races will compete the round tomorrow both to be streamed live via Nationals TV and the MotorsportsTV app.