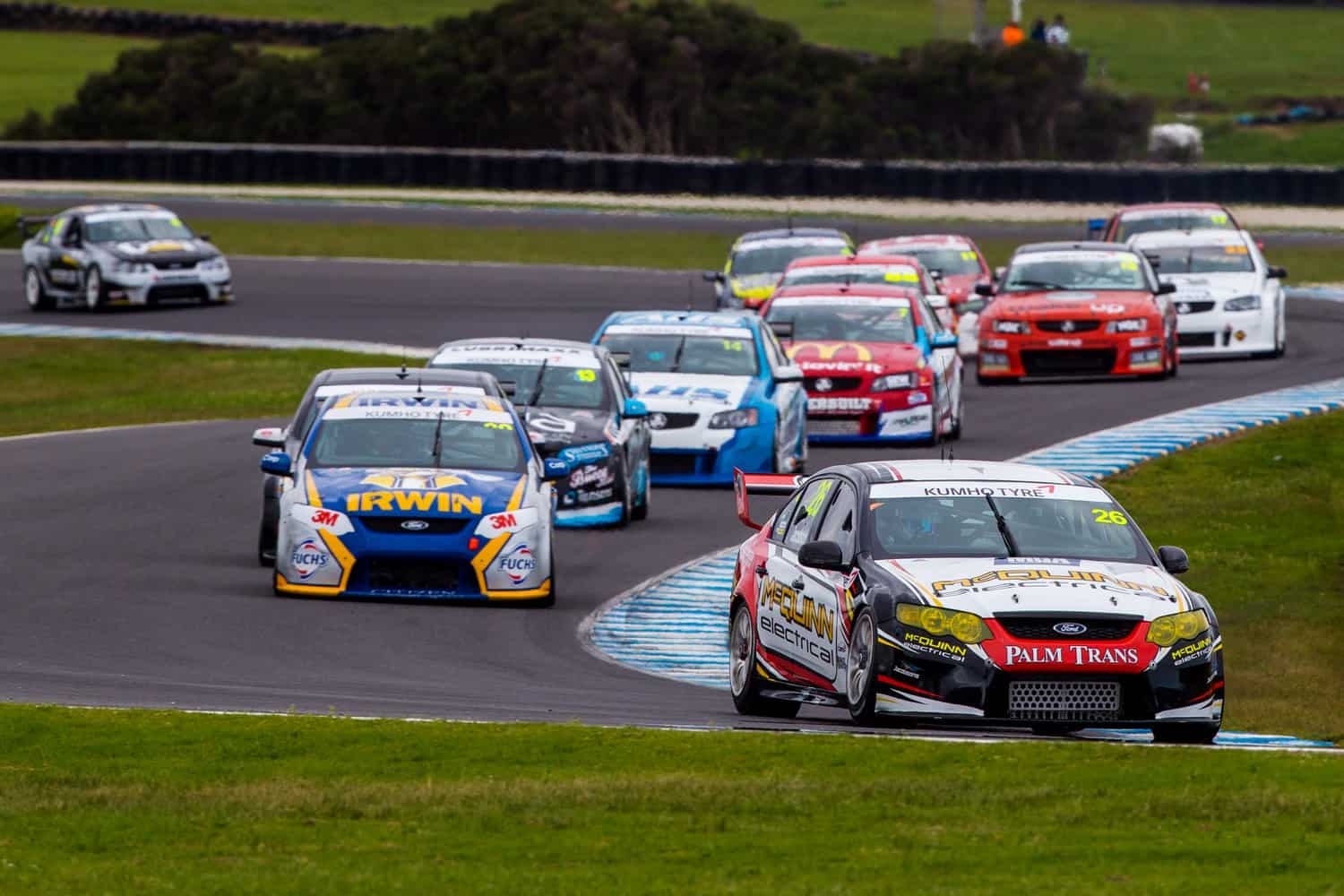 After comfortably winning race two on Sunday morning Jacobson started race three strongly before firing his ex-Cam Waters FG Falcon off the road at Phillip Islands high-speed turn one on the second lap.

Though he spun to fourth place he quickly worked his way through the field and – after an entertaining battle for the lead with Greenbury regained the lead by lap nine (of 13) and pulled away to win to execute a perfect ‘spin and win’ move.

Greenburys second place outright coupled with Douglas failing to make the podium for the first time this year ensures that the Kumho series title will go down to the wire at Sydney Motorsport Park this October.

The Image Racing driver finished second in all three races in what was his best round of his rookie season racing a Touring Car.

Douglas finished third in race two but ran off the road at high speed at the start of race three dropping down the field in his THR Developments Commodore and costing him an opportunity to stand on the podium.

He ultimately worked his way back to fourth place ensuring he now has a 98-point lead in the standings heading into the final round where 143 points will be up for grabs.

Josh Smith finished third overall and has consolidated the same position in the championship: 46 points behind Greenbury and 56 in front of Jim Pollicina.

Chris Smerdon retains fifth in the standings but was another driver caught out by turn one in the third race: a fantastic start putting him second briefly before he joined Douglas off the track as the field ran through turn one.

He rebounded to 10th place having finished sixth in race two earlier in the day.

Jim Pollicina extended his lead in the Privateers standings taking his third round win of the year in his ex-Tasman Motorsport Commodore.

Simon Emerzidis enjoyed his best round yet since returning to the sport thanks to second in class while a strong weekend from WakeUp Backpackers driver Warren Millet saw him grab third in his ex-HRT Commodore.

Steve Briffa failed to score any points this weekend with his poco.com.au Commodore ousted with a broken gearbox.

The Kumho V8 Touring Car series will finish its year at the Muscle Car Masters event at Sydney Motorsport Park this October the series for ex-Supercars to join the festival that celebrates the history of the sport for the first time.

Coverage from Phillip Island will air on SBS Speedweek in coming weeks.