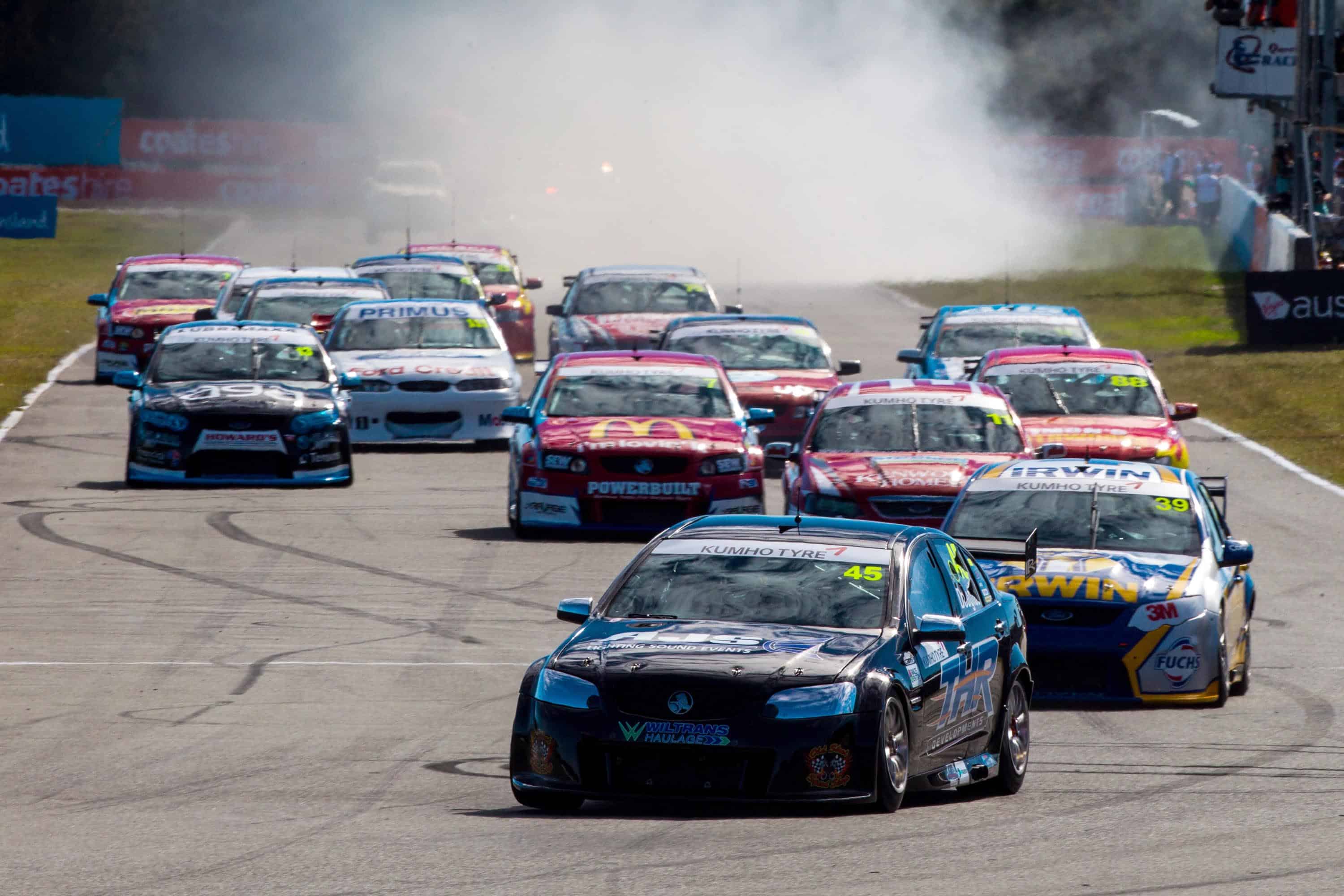 2016 will mark the 8th time that the Kumho Series will have competed on the fast and flowing 3.9km circuit and the third straight year that the circuit will have hosted the title showdown.

Last year Liam McAdam edged out Alex Rullo for the title while in 2014 Justin Ruggier completed a come-from-behind victory against Ryan Simpson.

This year Taz Douglas will look to cap off a dominant season by clinching his first major circuit racing title since winning the 2006 Victorian Formula Ford title.

The THR Developments Holden VE Commodore driver won the first three rounds and nine straight races of the season however a tough weekend last time out at Phillip Island ensures the pressure is still on the experienced Supercars ace who has a Bathurst 1000 podium finish to his credit.

Douglas leads young-gun Tyler Greenbury by 98 points ahead of the three races this weekend with 143 up for grabs in Sydney.

Greenbury scored his best ever Kumho Series round result at Phillip Island and will need to continue that improvement curve this weekend should he hope to challenge for the title.

Also looking to attack in the season finale will be Brad Jones Racings Joshua Smith who sits third in the championship.

The young Townsville-based rising star trails Greenbury by 46 points and though out of title-winning calculations could absolutely challenge the Ford driver for second in the standings should he enjoy a strong weekend.

In the Privateers Cup Jim Pollicina can no longer be beaten for the title – his 180-point lead putting him out of reach to his rivals this weekend. The Sydneysider will instead look to score a top three finish in the outright championship sitting just 56 points behind Smith in the battle for the final spot on the podium.

The 20-car Sydney Motorsport Park entry includes all of the familiar faces from the 2016 season and several racing for the first time this year.

A notable addition will be the ex-Castrol Perkins Racing VX Commodore entered by Darrin Renouf. 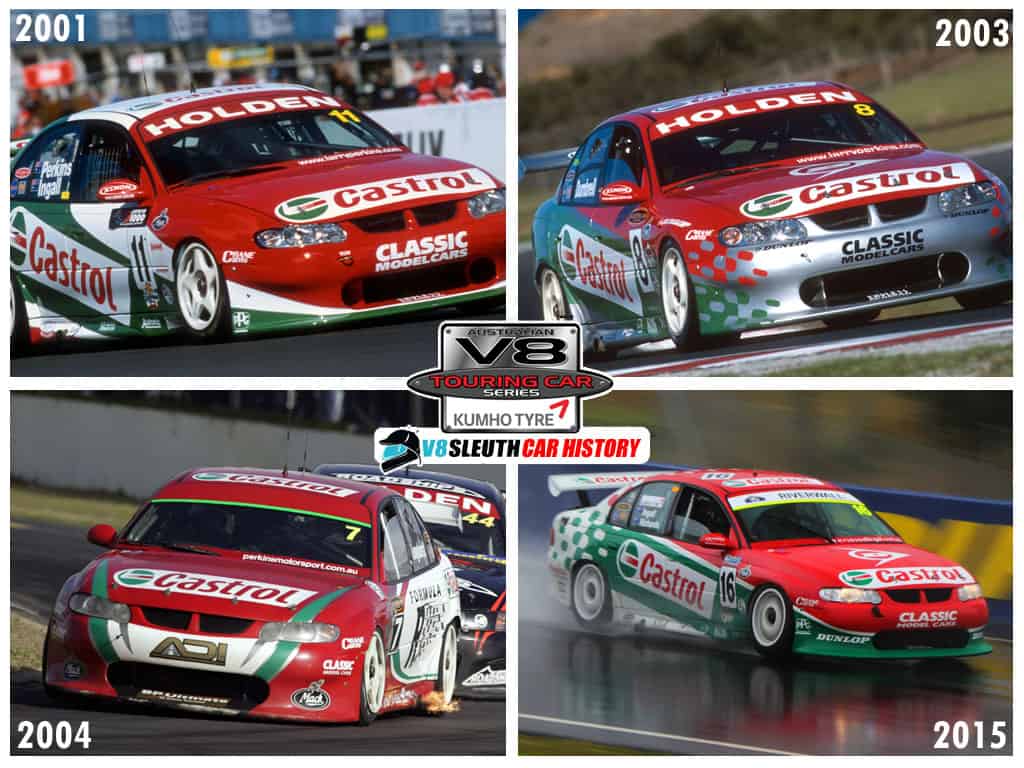 | CAR HISTORY – PE039. Thanks to www.v8sleuth.com. Click for larger version.

Restored to its iconic white green and red Castrol colours the www.v8sleuth.com chassis history indicates PE039 was built in 2001 and made its Supercars debut in the hands of Russell Ingall that season.

The car nearly won the Queensland 500 that year the team thinking they had scored victory when the race ended under red flag. However as the race ended with a red flag the results to be backdated one lap handing the win to the beached Steven Johnson / Paul Radisich Falcon.

The car also finished runner-up in the 2002 Queensland 500 and that years Bathurst 1000 classic.

Brendan Strong returns to the series in his ex-Lansvale Racing Commodore having missed the last round at Phillip Island while Matt White Racing has entered a pair of FG Falcons for two yet-to-be-named drivers.

The New South Wales driver recently purchased the car from Image Racing and will use Sydney as an extended competitive test ahead of a full season campaign next year.

Following private practice on Friday the Kumho V8 Touring Cars will qualify and stage their first 9-lap race on Saturday reserving a second 9-lapper and the 12-lap season finale for Sunday at Muscle Car Masters.