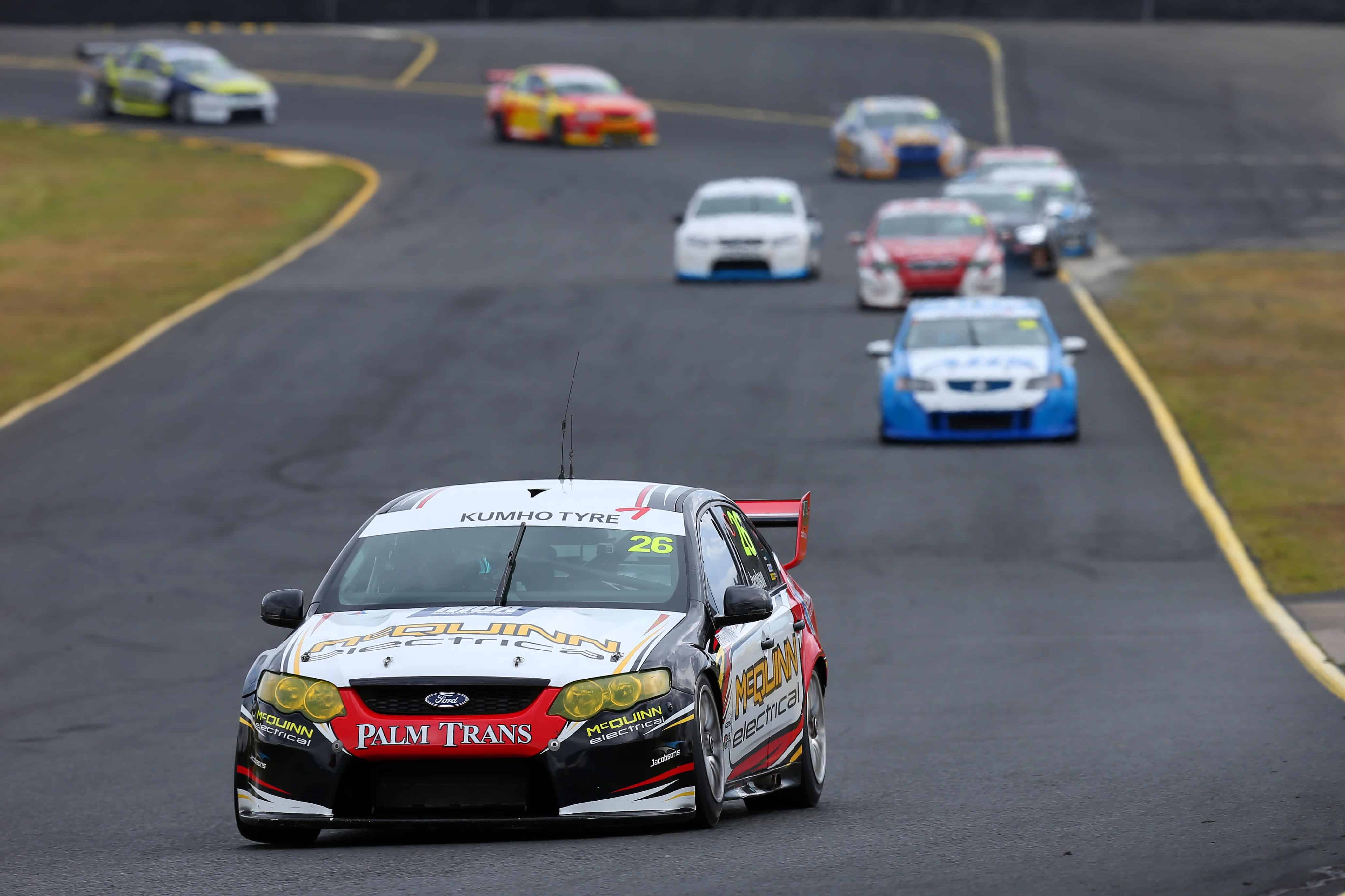 A majority of the interest however was in the battle between Tyler Greenbury and series leader Taz Douglas who could potentially have clinched the championship in todays nine-lap affair.

The pair started side-by-side on the second row of the grid however both made poor starts – Michael Anderson leaping the pair of them to sit third at the end of the first lap.

Greenbury slipped as far back as sixth on the opening lap but by lap three had caught Douglas.

The pair battled for almost half a lap before the Falcon was able to slip past at turn 12 to grab the spot ensuring that the championship battle would continue into Sundays pair of races. 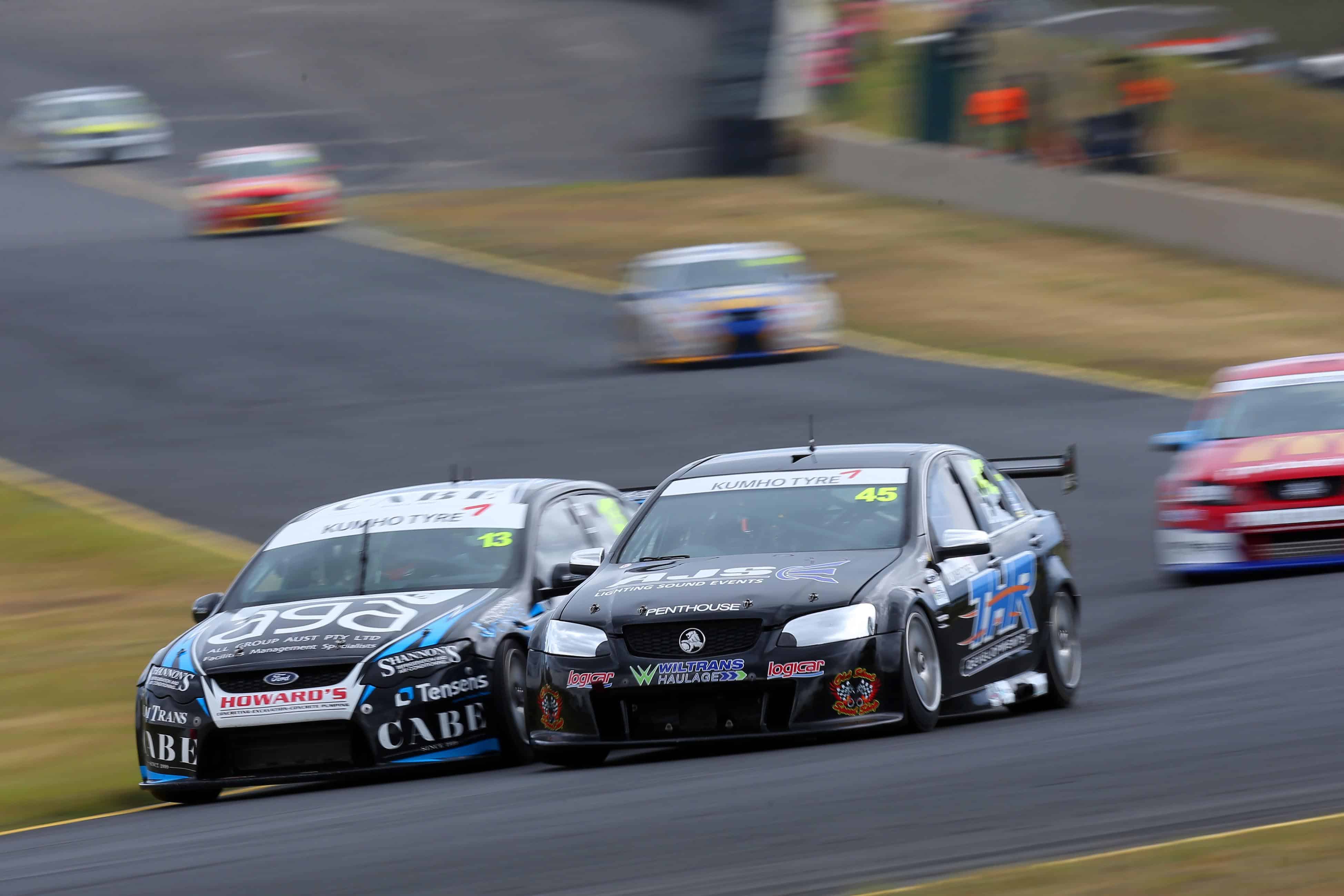 Greenbury caught and passed Anderson a few laps from home and finished third with Douglas fifth. The margin between the pair however still sits at a sizable 90 points with 100 up for grabs in tomorrows two races.

Jim Pollicina battled the fast-starting Tony Evangelou for much of todays race slipping past in the second half of the race to grab sixth at the end. Evangelou finished seventh while Chris Smerdon climbed four places from his starting position to finish eighth.

Jon McCorkindale enjoyed a combative start to his first Kumho Series race starting a strong eighth but dropping outside the top 10 on the opening lap after running off the road at turn four.

The Dial Before You Dig racer quickly worked his way through the field enjoying a long battle with Steve Briffa Michael Caine and others before ultimately finishing ninth. 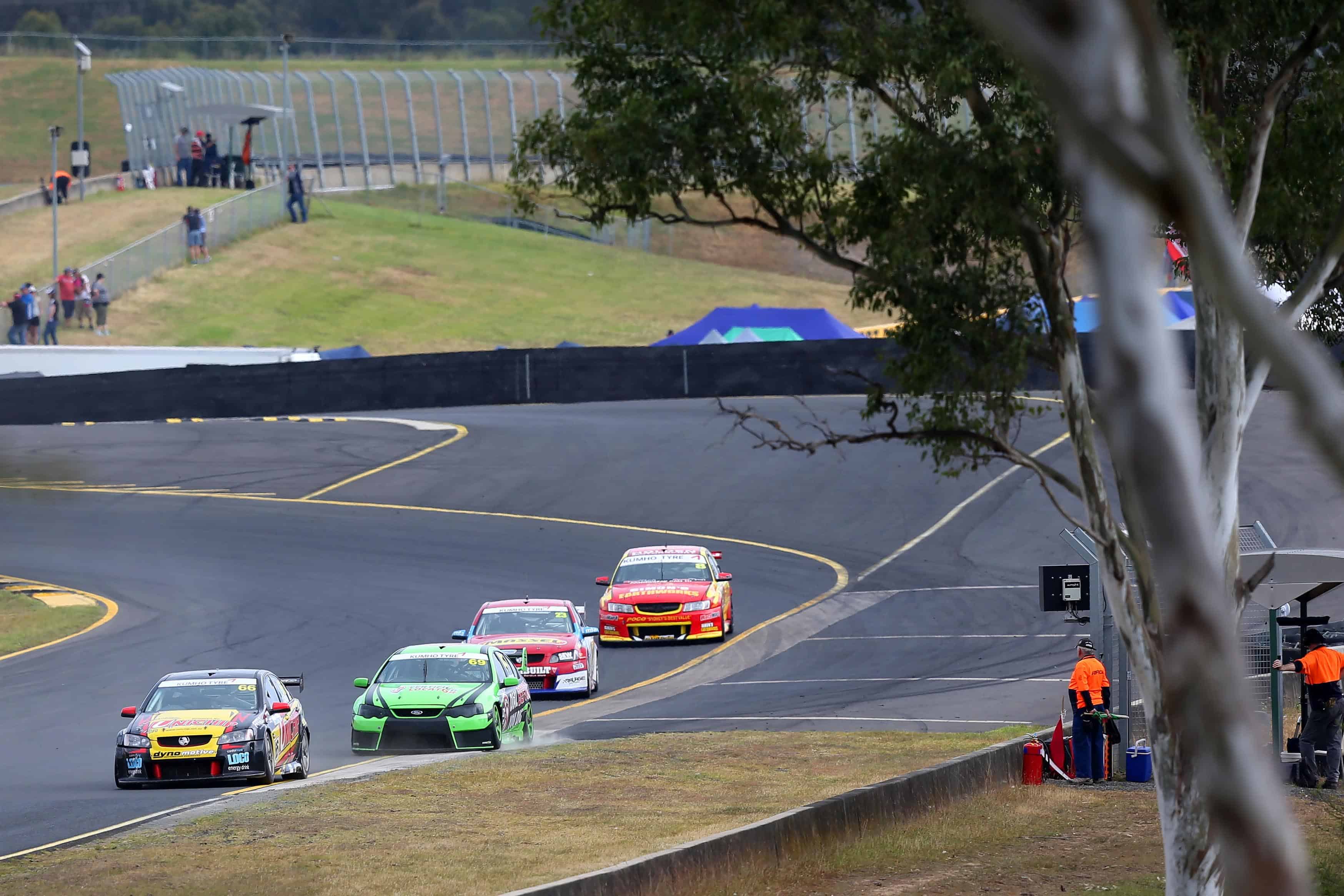 Jack Sipp was another to have a spirited drive storming his way from last place to 10th in his VE Commodore.

Sipp had originally qualified 11th however was relegated to the rear of the grid after breeching pit lane procedure during qualifying when his car entered the garage during the session.

Shane Hunt and Garry Mennell both failed to finish.

A further two races will complete the final round of the 2016 Kumho Tyre Australian V8 Touring Cars Series.