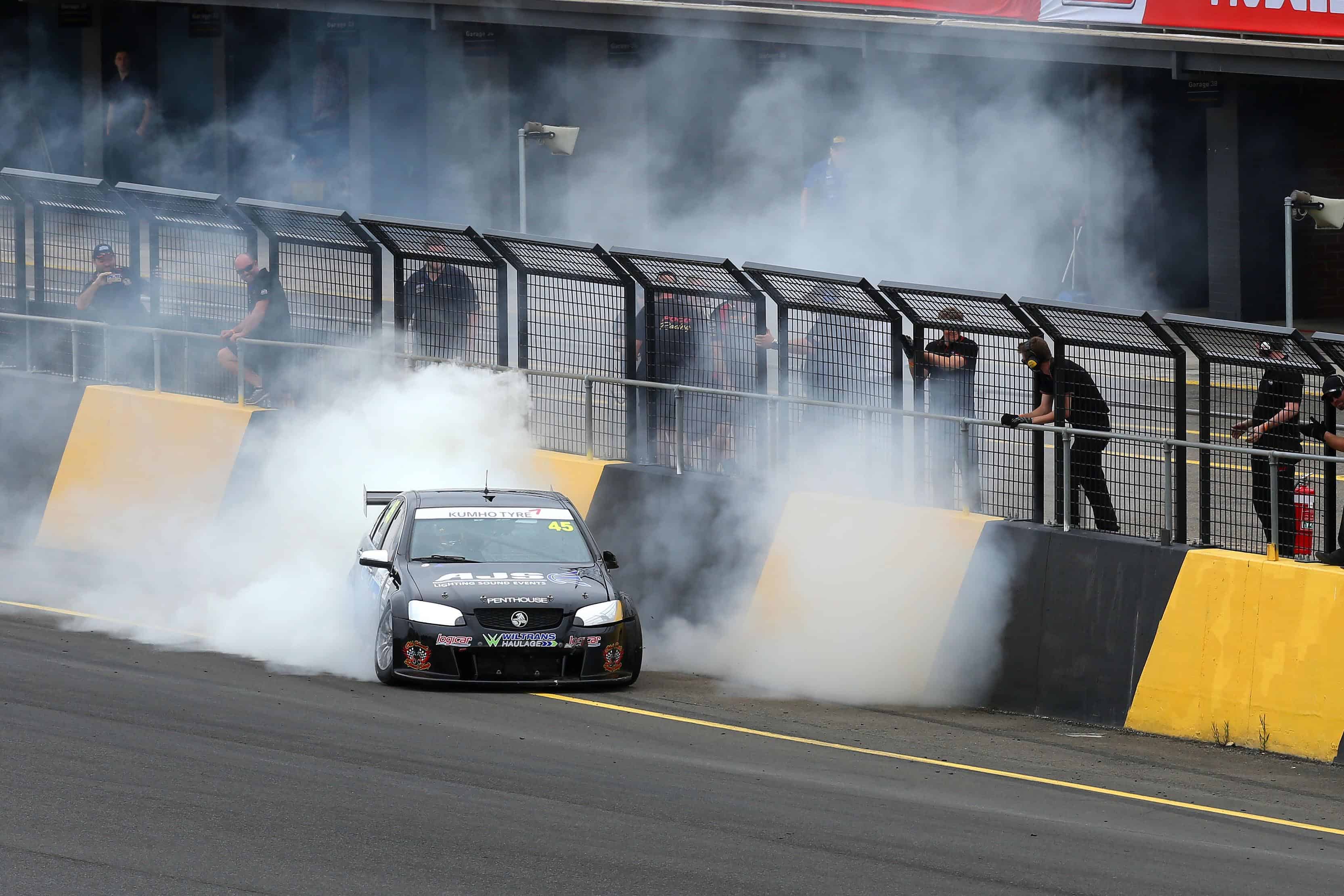 Jacobsons two wins from three races backed up his clean sweep of the Phillip Island round in September delivering MW Motorsport a pair of victories to end the year.

He won the first race at a canter on Saturday and after finishing second in race two thanks to a slow start backed up his race one performance with a dominant race three victory to take his tally from five wins from six starts.

Douglas meanwhile was at his consistent best and sealed the title with a solid run to fifth place in race two.

With the title decided he made a storming start in the final 12-lap race and ran second behind ultimate winner Jacobson before a late race clash with Greenbury saw him suffer damage to the left front corner of his VE Commodore.

Ceding third place to Josh Smith in the closing laps Douglas still finished on the podium and celebrated his championship win with several Kumho-shredding burnouts post-race.

The title win was not only the first for the 32-year-old former Bathurst 1000 runner-up but also the first for Adelaide-based team THR Developments.

â€œWe knew from the start that the guys the two young blokes were going to be really good at the end. Theyve got good equipment and good teams around them so it was important to bank those points early which is what we did then stay consistent from then on Douglas said.

â€œI won an Australian Championship in go-karting as well but its been a long time between drinks. Its been really good. At the start of the year you set out to win and when you achieve it its great. Its good for the boys. As a driver you get all the trophies and the accolades but were kind of the last piece of the puzzle all the work gets put in back at the workshop.

Smith finished second for the round capping off a strong year with an event that included his first ever Kumho series victory.

A powerful start in race two saw him rocket to the lead and maintain a consistent gap over the chasing Jacobson to the flag delivering both his and Brad Jones Racings first ever Kumho Series win.

BJR adds the Kumho Series to the impressive list of major national series in which the Albury-based team has won including the Supercars Development and Main Game series.

Douglas finished third for the round and Greenbury fourth while the latter also secured a strong second in the Kumho Series overall thanks to his impressive rookie year.

Josh Smith was third overall for 2016 while Jim Pollicina had already secured the Privateer title prior to the round.

Briffa Motorsport won the Kumho series marketing award and Michael Anderson the Most Improved for season 2016.

Bathurst-based Anderson and his ex-FPR Falcon also secured the Privateers Cup for round five thanks to a trio of outstanding performances including third in race two and fifth overall for the round.

Tony Evangelou enjoyed a racy return to the series and finished sixth overall while Kumho Series rookie Jon McCorkindale was seventh in his debut performance a promising sign ahead of a full-season campaign next year.

Jack Sipp was impressive to finish eighth overall with Jim Pollicina and Chris Smerdon completing the top-10 for round five.

The Kumho Tyre Australian V8 Touring Car Series will launch their 2017 program in the coming weeks.