ANDERSON UPGRADES TO WINNING FALCON FOR 2017 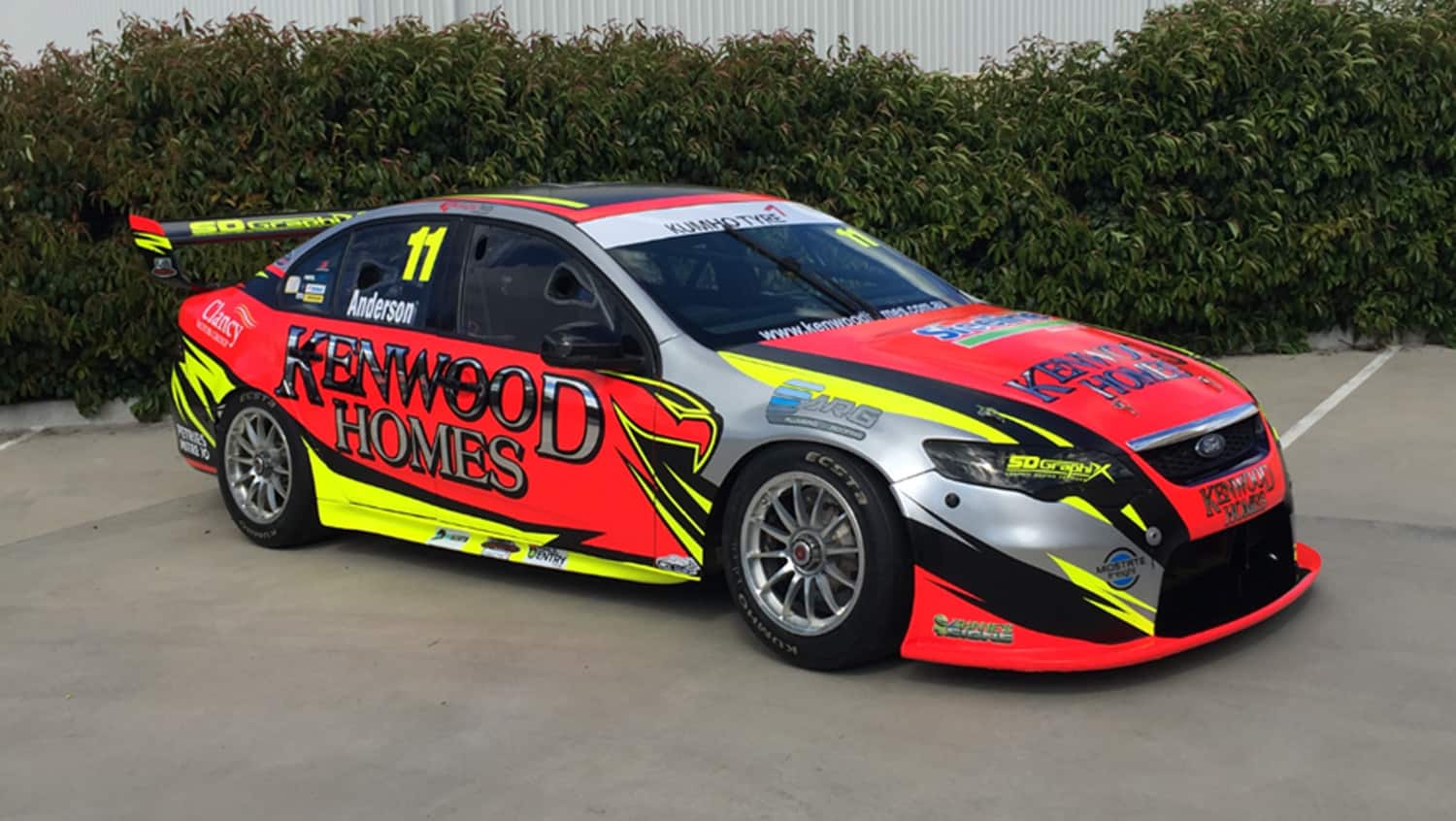 The Bathurst-based ex-Historic Touring Cars racer has traded one Ford Performance Racing-built Falcon for another upgrading from his ex-Mark Winterbottom BF to the FG Falcon that won the Supercars Development Series now Super2 – with Cam Waters in 2015.

Anderson finished seventh outright on debut in last years Kumho Series and was second to Jim Pollicina in the Privateer rankings.

According to Kumho Series partner the V8 Sleuth Andersons new ride was built in 2008 as part of the homologation process for the FG Falcons entry into Supercars competition.

The car was raced by Steve Richards and Paul Dumbrell during its early Supercars career giving Dumbrell his first ever win in the series at Sandown in 2010.

David Reynolds raced the car in 2012 before Chaz Mostert took over behind the wheel in the Super2 Series later that year.

Cameron waters took over in 2014 and FPR 808 would go on to win the Super2 title with the promising young Mildura driver the following season.

The car was then sold to Matthew White Racing who entered it in the final two rounds of the 2016 Kumho series with Garry Jacobson behind the wheel. The car won three races and the round at Phillip Island and backed that up with another round win at the Sydney Motorsport Park finale just a few weeks later.

No doubt Anderson who will make his debut in the car at Phillip Island this weekend will be very keen to ensure the cars perfect Kumho Series record continues in 2017!

Anderson will be part of a 19-strong Kumho series opener this weekend at Phillip Island the first of three times that the series will compete on the Virgin Australia Supercars Championship program in 2017.

Three races will be broadcast live on FOX Sports this weekend on channel 506.