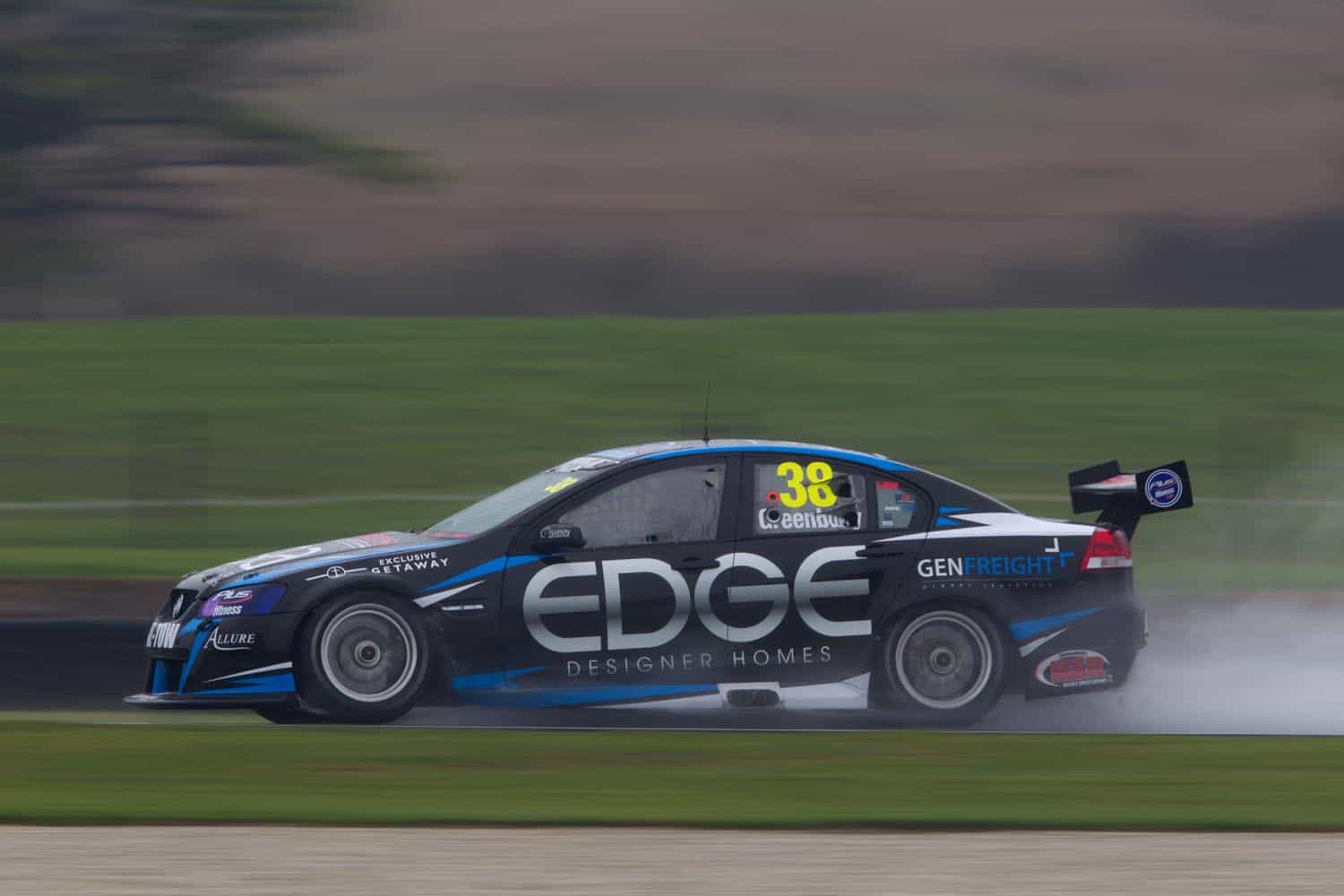 Following a torrentially-wet practice session early on Friday morning Phillip Islands 4.46km dried in time for the second practice later in the morning.

Greenburys 1m34.5230s saw him top the 19-car field by just 0.3s the next four cars covered by a further 0.3s in a highly-competitive start to the season.

Greenbury was confirmed at Eggleston Motorsport this week and driving an ex-Triple Eight Commodore was instantly on the pace second fastest in the wet practice session this morning and fastest when the track dried later in the day.

With Greenbury on top his 2016 rival for second and third in the Kumho Series title Josh Smith was third on his debut for Image Racing his 1m34.9061s lap allowing him to bank second overall late in the 20-minute session.

Emery who is making his Touring Car return this weekend elected to sit out the initial wet practice session but was instantly on the pace on the dry track and slick Kumho Ecsta rubber later in the day.

Formula Ford graduate Jordan Boys was fifth on his debut for Image Racing only 0.68s away from Greenburys quickest time and only 0.3 from second place.

Boys was first of the Kumho Cup class runners Michael Anderson second in class and sixth overall in his debut of the ex-Cam Waters Super 2 series-winning FG Falcon.

Teammates Michael Caine and Jim Pollicina were seventh and eighth respectively while Chris Smerdon survived several lurid moments to round out the top-10 in his ex-Stone Brothers Falcon.

In the torrentially wet first session Jack Smith topped the charts ahead of Tyler Greenbury and Garry Hills the West Aussie impressive on his debut in the series driving the ex-Walkinshaw Commodore.

Only 14 cars braved the conditions though the session ran its full duration uninterrupted.

19 cars will be on track this weekend with Leigh Moran (Ex-FPR Falcon) and Heritage Class runner Bradley Neil (VS Commodore) missing the second session.

Both sessions will be live on FOX Sports 506 tomorrow.