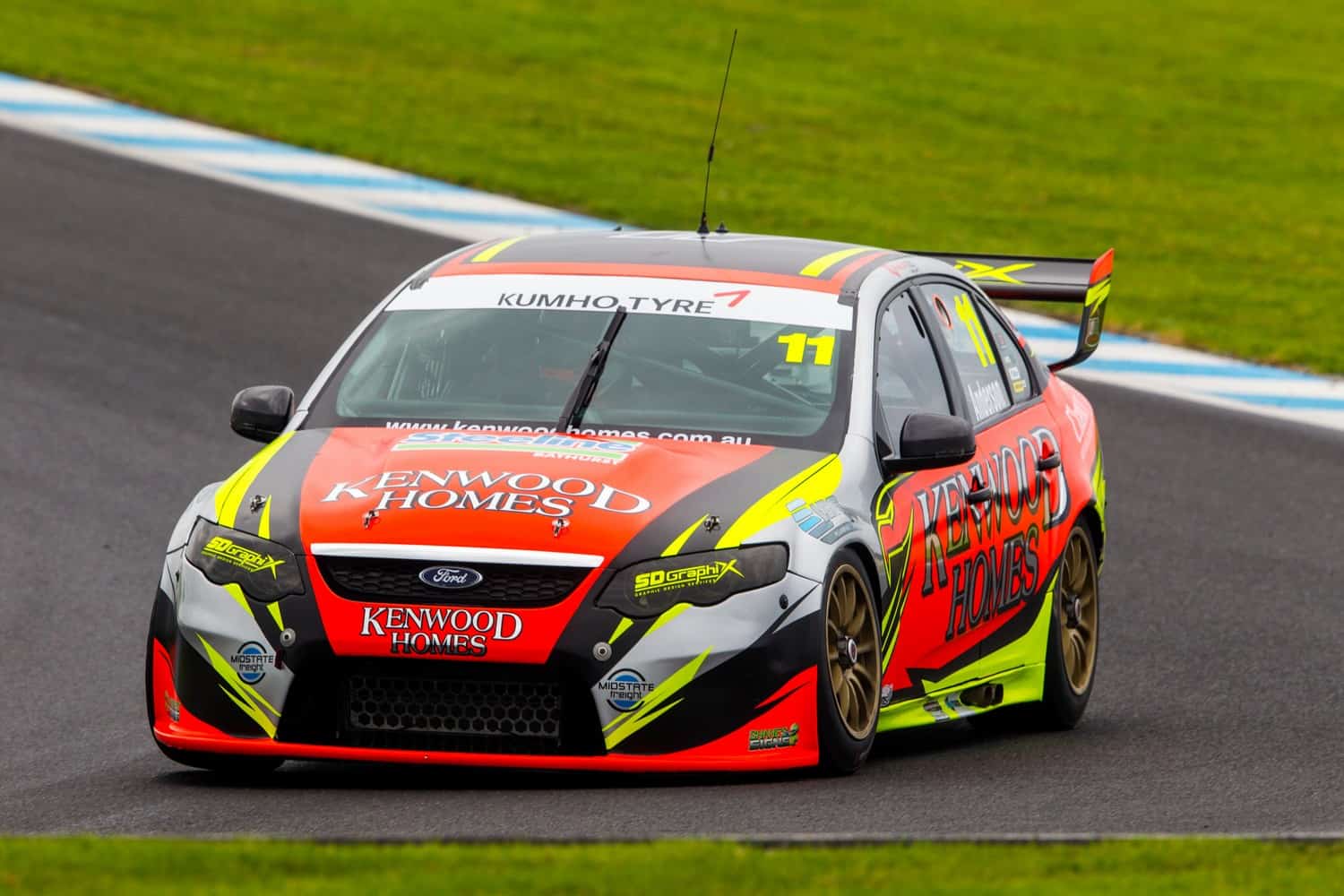 The 20-minute session started with all cars on wet Kumho tyres but a lengthy red-flag mid-session saw Anderson and Garry Hills amongst others make a gamble on slick tyres for a final five-minute dash to the flag.

It paid off – Anderson jumping to the top on his final lap after the flag had dropped on the session.

His 1m45.478s lap was on the edge with only a narrow dry line enabling his slick tyres to work on an otherwise wet track.

This weekend marks the debut of the Bathurst drivers’ recently purchased ex-FPR Falcon a car raced to the Super2 title in the hands of Cam Waters and to wins in the Kumho Series last year by Garry Jacobson.

Garry Hills went second moments after Anderson jumped to the top an impressive debut for the rookie Kumho series pilot. Hills was 0.7s behind Anderson and 0.5s faster than the first runner on slicks proving the choice for Slicks was the right one.

Tyler Greenbury and Geoff Emery were third and fourth respectively electing to remain on wet tyres at the end of the session.

Greenbury was fastest in the dry yesterday while Emery was less than 0.6s from the fastest time on Friday despite.

Fancied runner Josh Smith could only manage 11th in his Image Racing Falcon after missing out in the five-minute dash to bank a time at the end of the session.

The red-flag was to recover Steven Pages VE Commodore which ran off the road at MG corner and impacted the tyre barrier. Page was unhurt but the recovery in the wet conditions took eight minutes out of the sessions run-time.

Race one is scheduled for 12:10pm local time and will be live on FOX Sports 506.