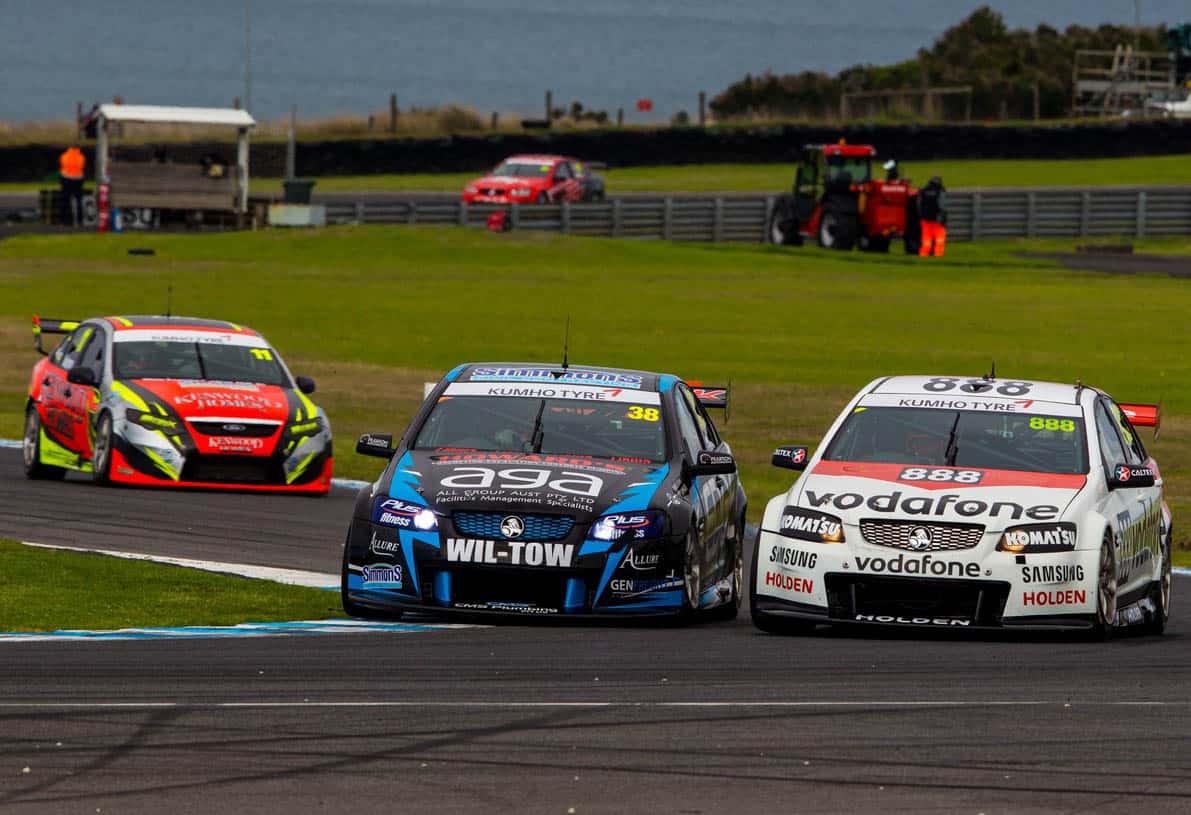 Starting from third the young Queenslander trailed both Emerys Commodore and polesitter Andersons Ford Falcon in the early laps before both Holdens worked their way past the Ford mid-way through.

Greenbury then passed Emery for the lead with a bold move at the turn four hairpin on the fifth of eight laps in a decisive move that would ultimately lead victory by a margin of 1.8 seconds.

Having finished runner-up in the championship last year yet ultimately falling short of grabbing a race victory the maiden success was a proud moment for the former karting champion.

â€œIt was great! We came here not knowing what to expect and never got to do a test day before the weekend either. We jumped straight into the car and into a wet session! Greenbury explained.

â€œTo come away with my first race ever is a great way to start the year!

â€œI think that was the best start Ive ever made in my life! They both got good starts too. I got past Michael and then had to fight to get past Geoff. It was a good race and thats what its all about.

It was also the first win since the 2015 season for double Kumho series title-winning squad Eggleston Motorsport who field cars in both the Super2 and V8 Touring Car series this year.

â€œTheyre that professional and everything they do is A1 its the little things Greenbury said of his new team.

â€œIm really impressed with the team Ive got a lot to learn this year but its a great way to start it off. 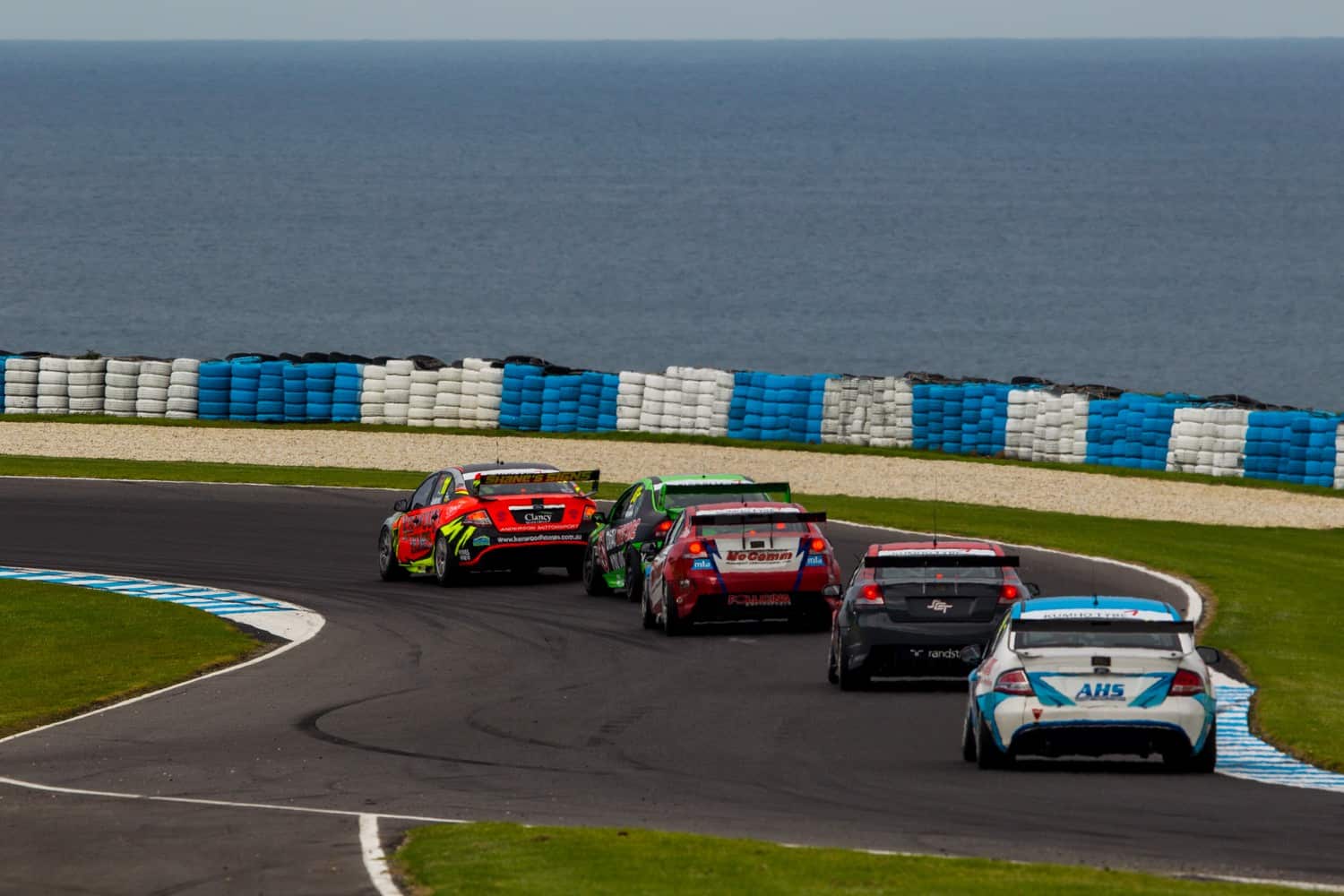 Geoff Emery started from the second row of the grid but a flying start saw him leap to second on the opening lap challenging Anderson for the lead until an early Safety Car was called to recover Warren Millets Commodore from the turn two gravel.

Anderson withstood Emerys attack following the restart but ultimately was passed by both Holdens finishing third and scoring his first ever top-three finish in the series also winning the Kumho Cup class.

Jon McCorkindale produced a storming drive to add his name to the list of those achieving personal best results in the season opener finishing fourth in his bright green ex-SBR Falcon.

Jack Smith was fifth for Brad Jones Racing while Josh Smith stormed from 11th to 6th in the eight laps after being caught out of position at the end of qualifying and missing the top-10.

The field was filled with competitive battles throughout the eight-lap journey showcasing the highly competitive nature of this years series.

Leigh Moran failed to finish flying off the road at turn one on the penultimate lap and damaging the front of his CAT-liveried Falcon when he hit a drainage ditch while attempting to re-enter the track at turn two.

Brad Niells ex-David Truckie Parsons VS Commodore failed to start the race after encountering issues on the formation lap while Steven Page was a non-starter after crashing at MG corner in qualifying.

Two races will complete the opening round of the 2017 Kumho Series opener at Phillip Island with both to be broadcast live on Fox Sports 506.