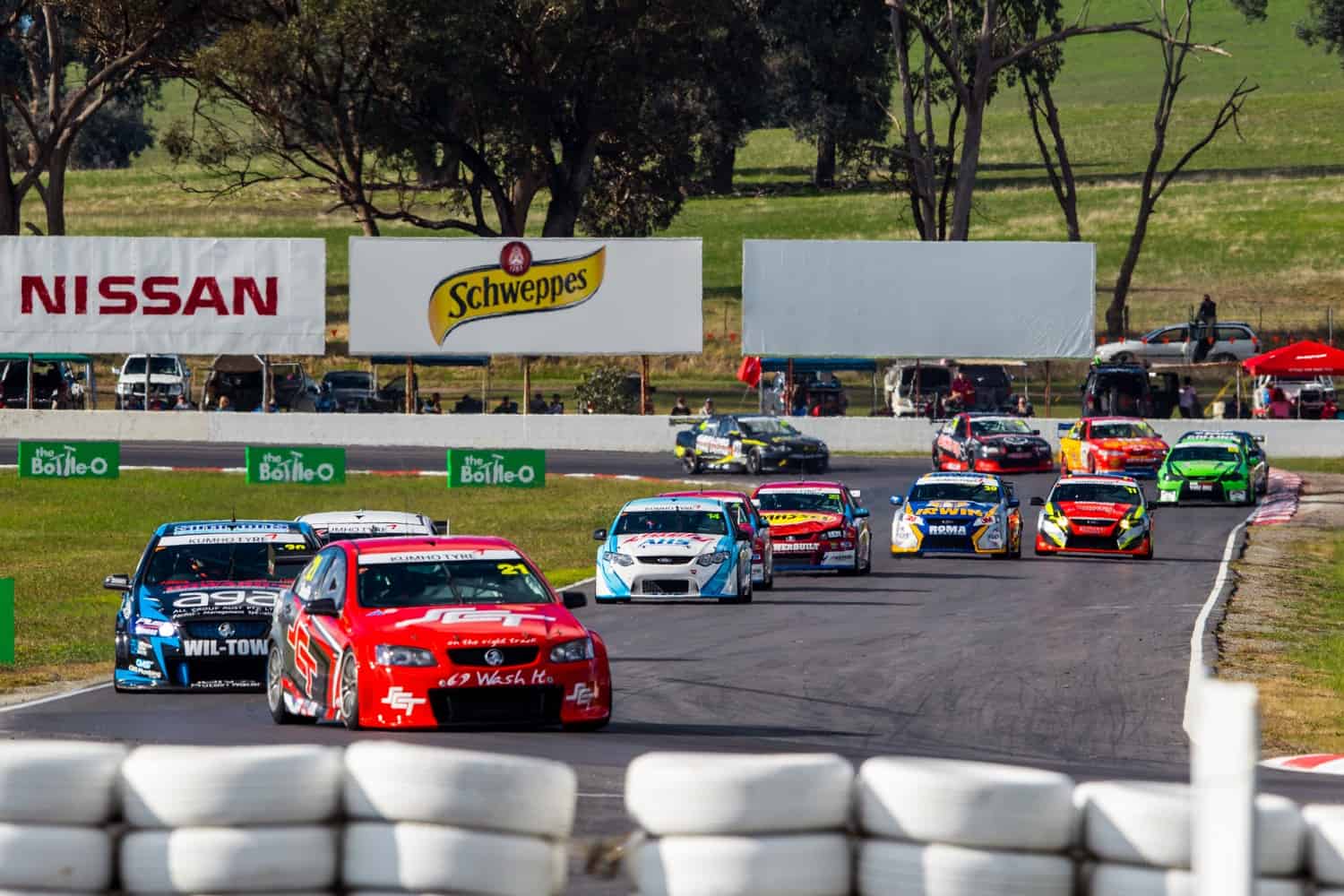 The SCT Logistics driver started from pole position survived a lengthy safety car period and then pulled away from Tyler Greenbury and Jordon Boys to take a strong victory the first of his Kumho series career and the second for local team Brad Jones Racing since they joined the series last year.

A frenetic opening lap ended in a Safety Car when Aaron Seton who started fifth ended up parked in the gravel at turn three with damage after contact in the opening chicane.

Smith meanwhile made a perfect start and led the field through the opening chicane and out of the way of any potential drama behind.

The opening chicane saw former series champion Tony Evangelou spun across the circuit and to the outside of the road at turn two.

His spin then stacked the field up with Michael Caine and David Wright making contact as they ran side-by-side onto the old pit straight.

Seton was caught up in the dramas and suffered tyre and steering damage on the left-front corner of his Falcon.

The resulting dramas saw advantage for several drivers including round one winner Jordon Boys who jumped from 8th on the grid to third by the end of the first lap.

The Image Racing driver didnt quite have the pace of the leaders however was able to grab the final spot in the top three and continue his solid points haul in the early stages of the season.

Smiths strong restart saw him unchallenged by Greenbury who was able to jump from fourth to second on the opening lap and ultimately allowed him to grab a strong victory.

Greenbury finished second Boys third and Jim Pollicina fourth having made his customary good start in his ex-Tasman Holden Commodore.

Michael Caine with damage from his opening lap altercation was seventh while Jon McCorkindale charged forward to eighth having started outside the top-10.

Chris Smerdon and a recovering Tony Evangelou completed the top-10.

Race two kicks off the Sunday progam at the Winton SuperSprint event kicking off at 8:50am and live on FOX Sports 506.