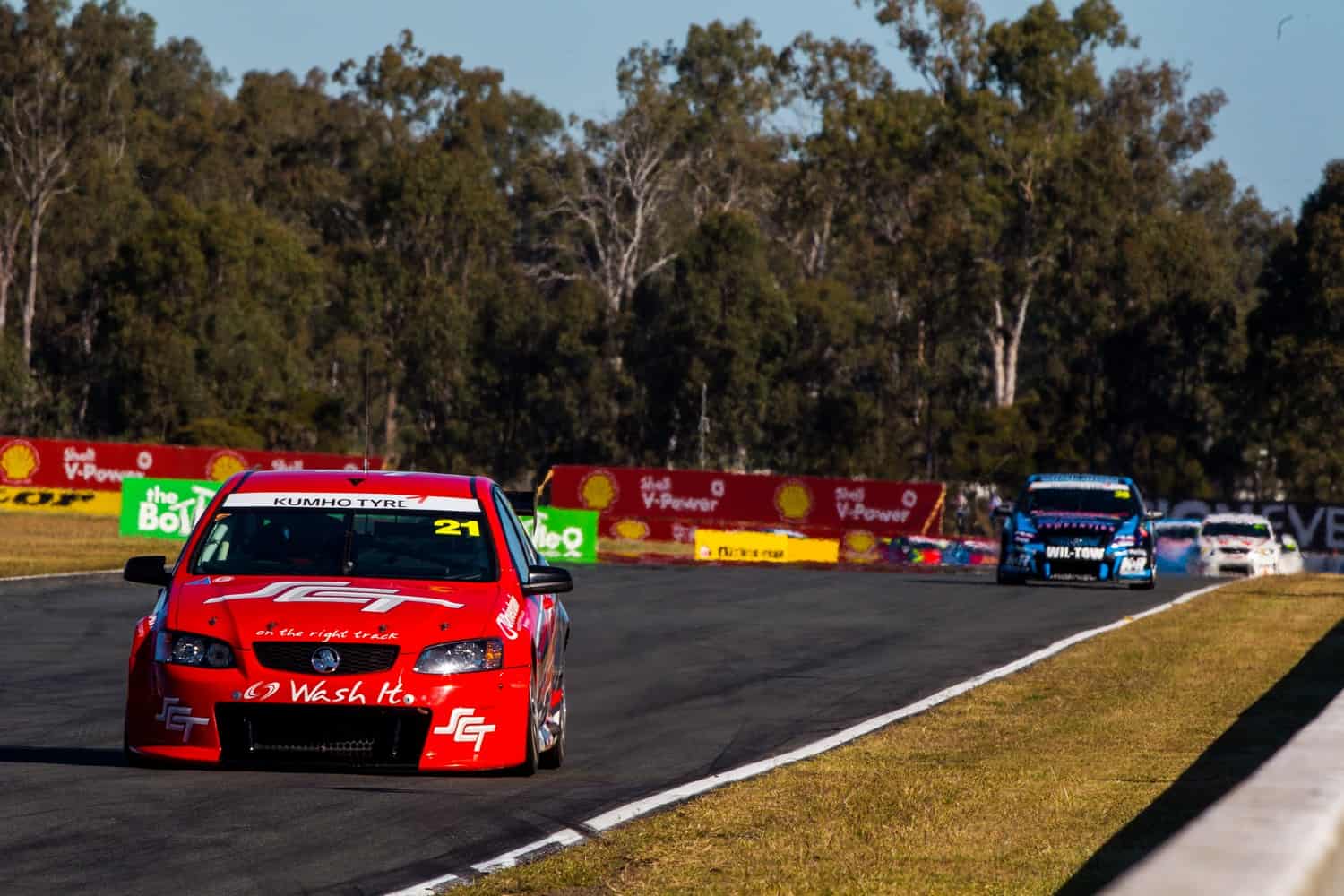 The SCT Logistics Brad Jones Racing driver started from pole and save for a brief challenge on the opening lap pulled away from the field to win comfortably.

With his nearest championship rivals finishing further down the field it extended the points leaders margin at the top of the standings in what is shaping up to be a critical third of five rounds this year.

Tyler Greenbury started from the second row but rebounded from a post-qualifying penalty (two grid spots for speeding in pit lane) to score valuable points with a solid second place in his Eggleston Motorsport Commodore his fifth top three finish from seven races this year.

Anton de Pasquale stormed through the field to third place having started from the back of the field despite originally qualifying second just behind Smith.

Unfortunately the Paul Morris Motorsports Falcon was penalised for using a non-marked set of tyres in qualifying forcing the Super2 series runner to charge through the field.

He quickly worked his way into the top five and settled to third place by mid-race to set himself up for a strong performance in tomorrows second race.

Jordan Boys scored solid championship points with fourth place while Thomas Randles V8 Touring Car debut came in style thanks to a promotion to the front row and a racy opening lap.

The Skye Sands Falcon driver made the most of his starting position racing wheel-to-wheel with Smith on the opening lap before ultimately finishing a fine fifth.

Aaron Seton finally made it to the finish of a race having been cruelly denied more than one race start on his series debut at Winton last time out.

Josh Smith was another driver penalised from qualifying but worked his way from 15th to seventh.

Michael Anderson was 8th and Jim Pollicina 9th. The battle of the race was waged for 10th place between Michael Caine and Chris Smerdon.

The pair swapped position several times both at times off the road and both using their bumper bars before it ended in a dramatic drag-race to the line Caine edging out Smerdon by half-a-car length.

Jon McCorkindale was the only non-starter with engine dramas after qualifying seeing him forced to the sidelines. 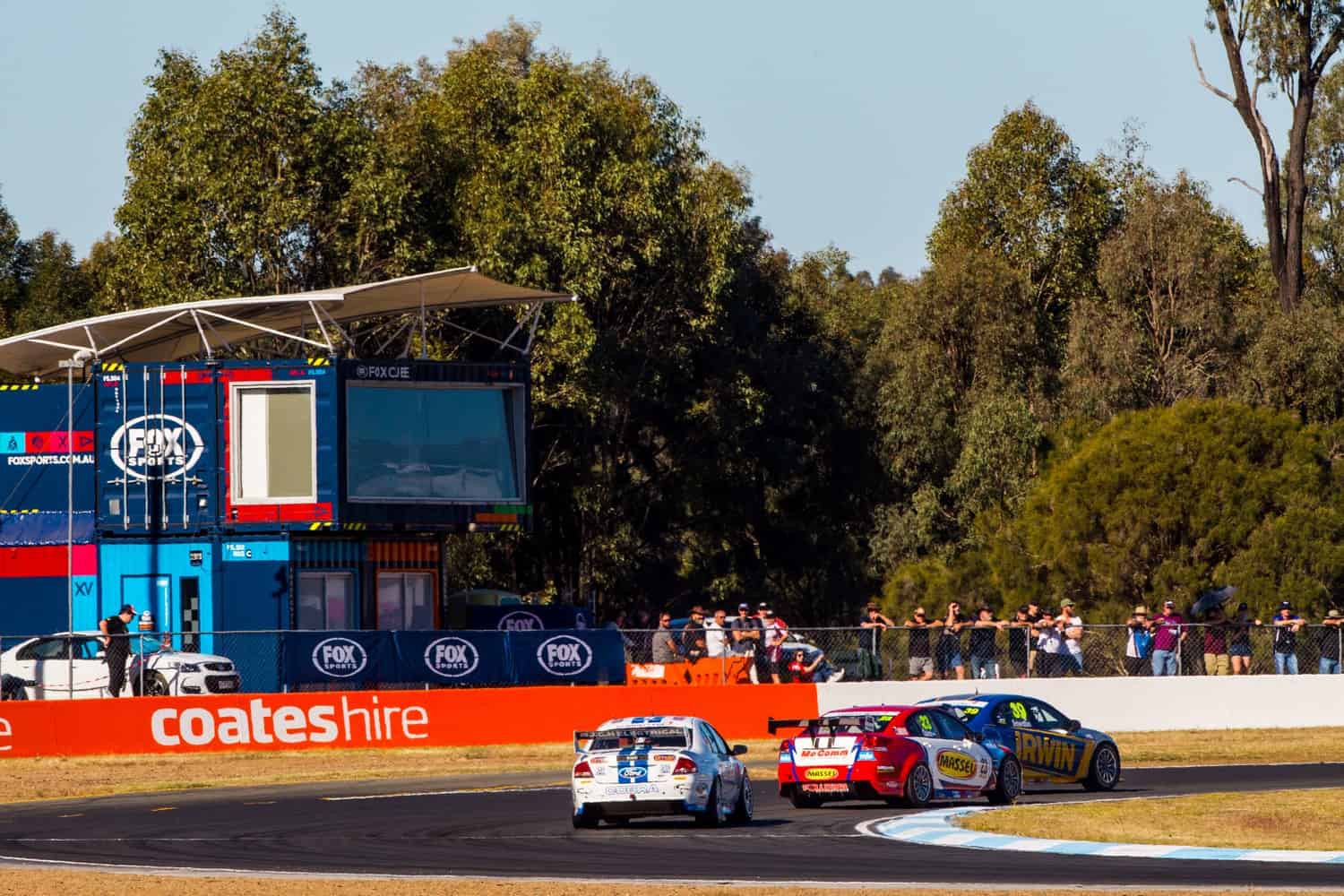 He edged out Anton DePasquale by 0.1 seconds in a tight session though Falcon was later relegated to the back of the field due to using an un-marked set of tyres in the session against the category regulations.

His penalty and a two-spot grid penalty to Tyler Greenbury for infringing on the pit lane speed limit saw Thomas Randle elevated to the front row for his first ever start in a V8 Touring Car.

Also penalised in qualifying was Joshua Smith who had originally ended the session a superb fourth in his AHS Image Racing Falcon.

He was relegated to the back of the grid however when his car came in underweight following the session.